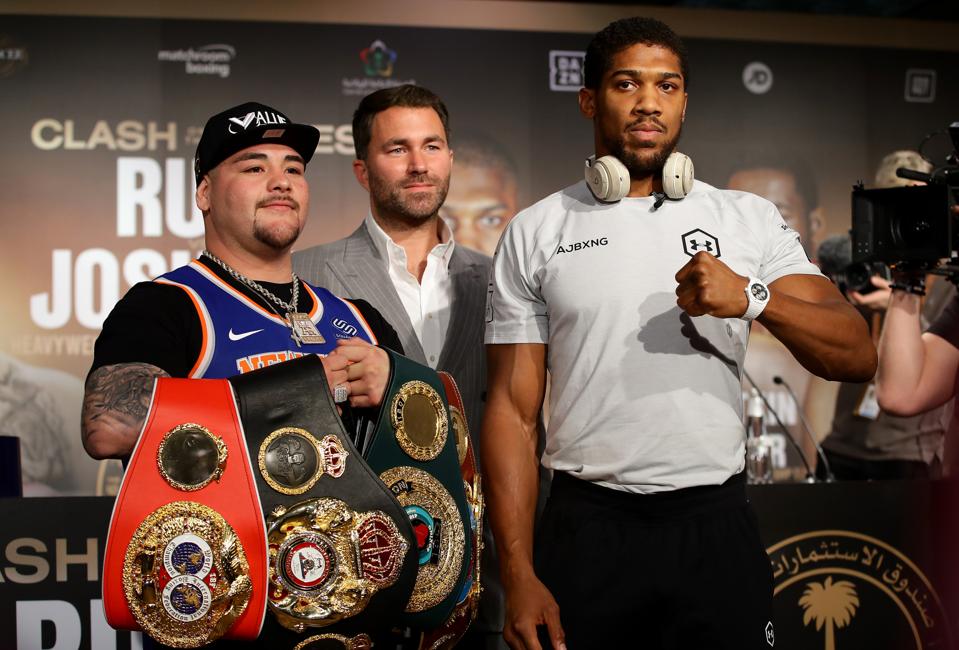 Few things are more interesting in boxing than a rematch between a former champion who lost his title via massive upset, and the upstart challenger turned champion who defeated him. Joshua comes into the rematch with Ruiz as the A-side and the favorite again, despite being knocked out in the seventh round of his first meeting with the new champion.

Most, including me, believe Joshua will right the ship, and avoid Ruiz’s quick and dangerous hands to reclaim his titles. However, Ruiz has looked a bit more fit than he did for the first fight with Joshua, and he’s saying all the right things leading to the second fight. Can the 6’6” Joshua stay tall and control the smaller, but deceptively quick Ruiz, or are we about to find out the champion simply has AJ’s number?

That’s what millions of fans across the world are waiting to see on Saturday afternoon. 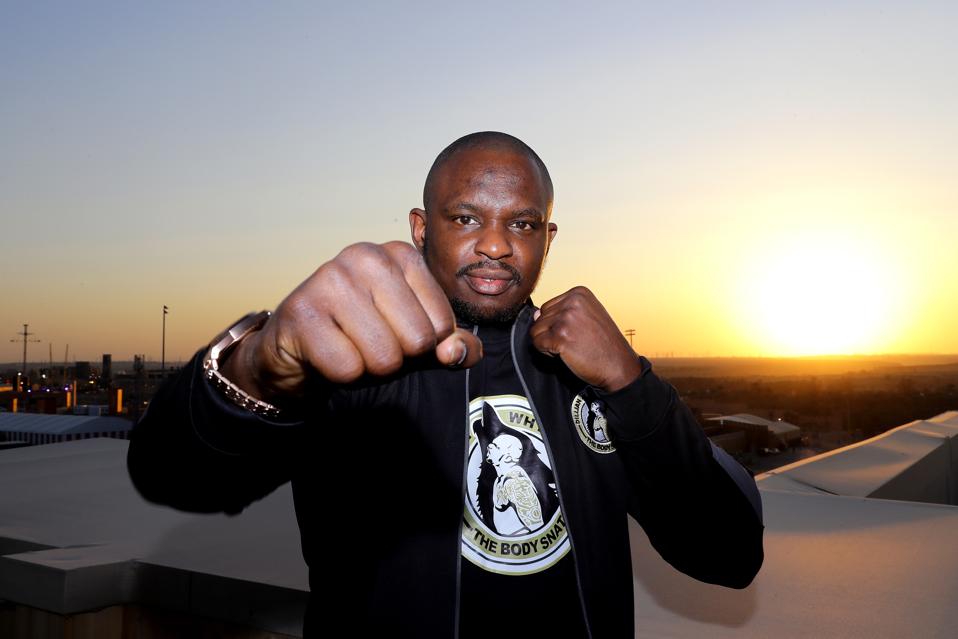 DIRIYAH, SAUDI ARABIA – DECEMBER 04: Dillian Whyte poses for a portrait during the Clash On The … [+] Dunes Press Conference at the Diriyah Season Hospitality Lounge on December 04, 2019 in Diriyah, Saudi Arabia. (Photo by Richard Heathcote/Getty Images)

Ruiz and Joshua are obviously getting the bulk of attention in Riyadh, and that’s understandable, but the card is a bit of a showcase for the heavyweight division. Before Ruiz defends his title against Joshua, we’ll see Filip Hrgovic battle Eric Molina with the former’s secondary heavyweight title on the line.

While it’s difficult to be precise, expect to see Joshua and Ruiz in the ring on Saturday around 3:45 PM ET. With four fights preceding the main event, there will be a slow build to the featured attraction.