Breaking
Bernie Sanders Warns Republicans ‘Will Win’ In 2022...
5 Tips For Virtual Networking Success
10 Ways Covid-19 Vaccine Supply Chains Need To...
Here Come The Workers: 4 Steps To Take...
First Electric Car? Consider These Four Big Upsides...
What’s Missing From Howard Marks’ “Something Of Value”
A 10 Billion-Year-Old ‘Super-Earth’ Has Been Found In...
David Einhorn Warns Of Danger From Valuation-Indifferent Investors
How Safe Is Your Stock Portfolio Over 30...
Technology Is Rapidly Changing Cancer Care
4 Major Market Changes In 2020 That Can...
Boston Globe Starting “Fresh Start” Initiative As Part...
Can Money Protect You From Covid-19? It May...
The Most Important Voice In Artificial Intelligence: Frontline...
How to Start an Online Store
Amazon’s Small Business Empowerment Team Is Helping Entrepreneurs...
Home Business Anthony Levandowski Sentenced To 18 Months In Prison For Stealing Trade Secrets From Google
Business

A U.S. federal judge sentenced Anthony Levandowski, the engineer who triggered a high-profile legal battle between Google parent Alphabet and Uber, to 18 months in prison Tuesday after being found guilty on one count of stealing trade secrets from Alphabet’s self-driving car unit Waymo before becoming the head of Uber’s self-driving car unit. 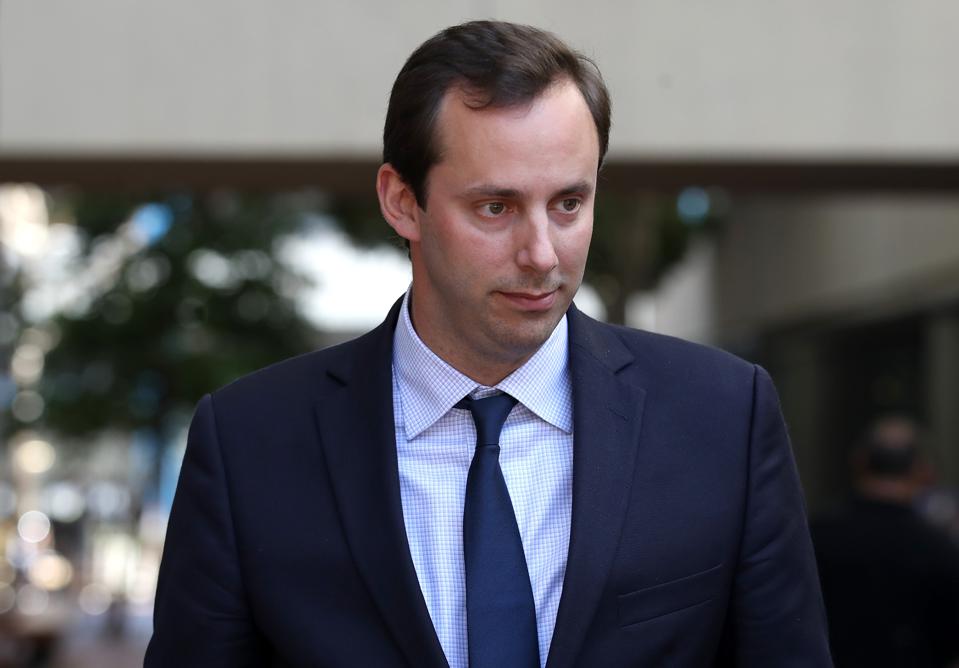 Former Google and Uber engineer Anthony Levandowski leaves a U.S. Federal Court in San Jose, … [+] California on September 04, 2019. Levandowski appeared at a bond hearing after he was indicted on 33 criminal counts related to alleged theft from his former employer Google of autonomous drive technology secrets.

U.S. District Judge William Alsup in San Francisco said anything less than imprisonment would give “a green light to every future brilliant engineer to steal trade secrets,” describing the information that Levandowski took as a “competitor’s game plan.”

Levandowski was indicted in August 2019 by federal prosecutors on 33 counts of theft and attempted theft of trade secrets from Google.

In March, he agreed to a plea deal, the same month he filed for bankruptcy after being ordered by a California court to pay Google $179 million for violating terms of his contract and separation agreement.

He filed a lawsuit in San Francisco bankruptcy court on July 16 which, at its crux, argues that Uber has breached contracts with Levandowski causing him to suffer damages in an amount to be proven at trial, which his legal team estimates to be at least $4 billion.

Uber bought Levandowski’s driverless truck startup Otto in August 2016, and in February 2017 Waymo sued Uber in federal court claiming Levandowski took vast amounts of stolen data with him. Uber fired Levandowski and settled with Waymo in early 2018, giving it pre-IPO equity valued at $245 million and agreeing not to use any of its technology.

“The last three and a half years have forced me to come to terms with what I did. I want to take this time to apologize to my colleagues at Google for betraying their trust, and to my entire family for the price they have paid and will continue to pay for my actions,” Levandowski said.

Everyone Walked Away A Winner In Uber-Waymo Settlement, But Most Of The Damage Had Already Been Done (Forbes)

How to Make a Scalable SMS Chatbot Using Twilio, Python, and Google Sheets (with Free Code)