Anyone Still Think Liverpool Overpaid For Van Dijk And Alisson? 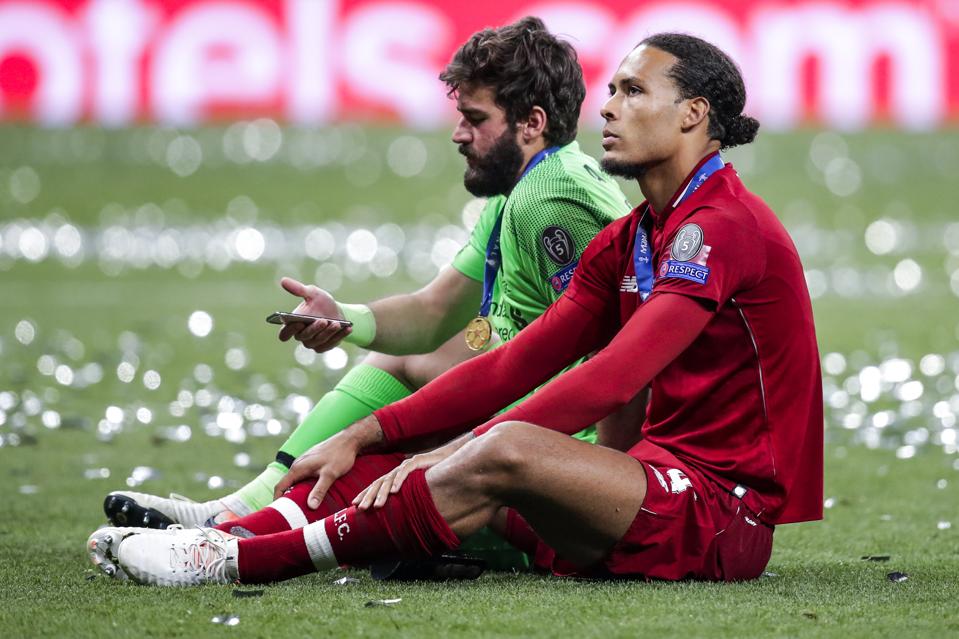 It is a little over two years since Liverpool paid Southampton £75m to sign Virgil van Dijk. It was a world record fee for a defender at the time and there were a good few people around who thought that Liverpool had got fleeced.

Former England and Newcastle legend Alan Shearer was one of them.

Southampton have got one hell of a deal. Van Dijk is a good player, yes, but for £75million? No, he’s not worth it at all.

Gary Neville also questioned the wisdom of Liverpool’s decision but he was a bit prophetic when he noted ….

People will forget about the money that has been spent in a year or two’s time if they can win trophies and get that defence right.”

One thing that Shearer got right was that Liverpool was going to have to pay a lot of money when it came to signing a goalkeeper. Just six months later Liverpool paid a world record fee of £56m for a goalkeeper to Roma for Alisson. The Brazilian was signed after a disastrous performance by Loris Karius in the 2018 Champions League final against Real Madrid.

Alisson’s arrival did not generate the same guffaws but nonetheless paying a world record fee for a goalkeeper unproven in the Premier League raised some eyebrows. Manchester City had elicited a similar response when signing Ederson from Benfica the year before.

But the point I want to make is not that Alan Shearer and others got it wrong. Looking back the likes of TransferMarkt.com and CIES, two sites that are constantly valuing players based on market conditions, both missed the mark. At the time Transfermarkt.com valued Van Dijk at just 35% of Southampton’s selling price.

The point, as we enter another transfer window, it that perhaps when it comes to transfers there is always a temptation to rush to judgement. We focus too much of what we’ve seen rather than what might be.

Van Dijk is a great example of the latter. Prior to signing van Dijk Liverpool had made some adroit transfer moves without something approaching betting the farm. However, when it came to van Dijk Liverpool was willing to gamble that the center back would turn out to be a transformational addition.

And he has been.

Did Liverpool pay Southampton a healthy premium to land van Dijk? They did, but good managers and well-run clubs know that it is a fact of life.

They also know that in the short-term it might look like a premium but over the long-haul it could turn out to be a bargain.

Something to consider as the January transfer window gets underway.

BTS’s ‘Map Of The Soul: Persona’ Sold Four Times As Many Copies As The Next-Biggest Album In South Korea Last Year

Report: Giants, Leonard Williams Not Close On A...

‘Birds Of Prey’: From Box Office Disappointment To...