Breaking
The Ultimate Guide to Saving Money
Lights, Camera, Action—Is There A Post-Covid Future For...
7 Ways to Reduce Human Errors in Your...
How ‘Couples Therapy’ Used Technology To Cope With...
Can You Settle Your Student Loans Or Negotiate...
How to Use Amazon Attribution For Ad Campaigns
What are the Makings of a High-Quality Link?
How To Quickly Start And Scale Your Business
Terra Virtua: What NFTs Can Teach Us About...
5 Easy Steps To Prepare Content For E-A-T...
Physical Inactivity Linked To More Severe Covid-19 Infection...
The 2021 Estimated Tax Dilemma: What Tax-Return Pros...
Want To Digitally Transform Your Business? Start With...
How to Optimize Google My Business and Leverage...
Debunking Link Building Myths in 2021
How, When And Where You Can Gaze At...
Home Technology Apple Documents Confirm Radical MacBook Pro Upgrade
Technology

As many MacBook users rejoice at the removal of the problematic butterfly keyboard in the MacBook Air and larger MacBook Pro, new details have emerged of another change that Apple is looking to make to the laptop keyboards. Can Tim Cook and his team keep your letters looking the purest white no matter where you are?

The details come in a patent called “Electronic devices having backlit keyboards displays with adjustable white points”. Apple talks about the ability of changing the colour of the backlit keys to ensure they remain white no matter the external environment. Currently ambient sensors can vary the intensity of the backlight as required, but this technology would tweak the color to improve the visual appeal. Malcolm Owen reports:

“By adjusting the white point of the keys, Apple suggests it may be able to keep the keyboard “visually appealing” to the user.

“The system would be able to adjust the keyboard’s white point based on the results of a color ambient light sensor, similar to True Tone’s existing setup. When the MacBook display’s white point is altered, such as by the current version of True Tone, the keyboard can be made to change to match the color temperature.” 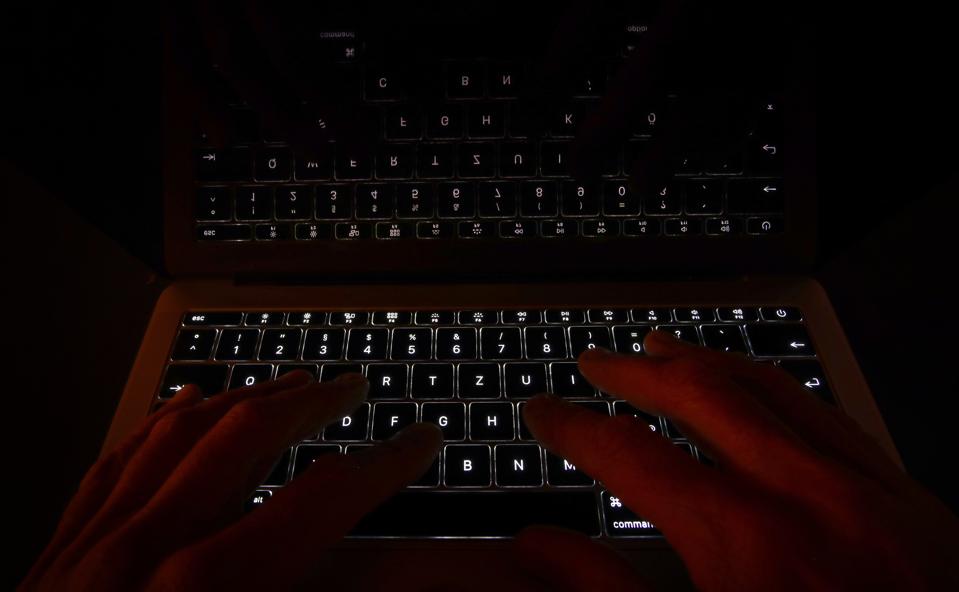 This isn’t the only piece of documentation around Apple’s use of light in the MacBook keyboards. At the end of last year patent documents were published detailing a keyboard that sensed key pressed through the use of a laser to detect the movement, rather than an electrical circuit:

“The changes made to the original patent claims granted this summer are highly technical and difficult to find. In one change or addition Apple notes “wherein the detected change in the amount of the received light determines a key function input of the key, wherein a location along the leg portion is configured to buckle at a time during motion of the keycap from the uncompressed position to the fully compressed position, and wherein the key function input is coordinated with a predetermined change in the amount of the received light corresponding to the time of the buckle.”

Not long after that came the details of a color-changing keyboard. While a number of PC manufacturers have chromatic keyboards (especially those in the gaming sector), this would be a first for Apple:

“Strictly speaking a keyboard with variable colors and lighting has a multitude of uses. They can show different editing commands in a media suite, they can be guide towards hotkeys in a DJ application, or help with typing by changing all the keys and react with different control and modifier keys. Apple has already show it is willing to play around with conventional keyboards with the Touch Bar replacing the function keys in the MacBook Family.”

Tweaking the keyboard backlight is a small detail, but it shows that Apple’s R&D team still has the ability to recognise areas where the user experience can be improved by ‘sweating the small details.’

Just because technology is described in a patent does not mean it is automatically going to be seen in a commercial product. But everything on a commercial product is highly likely to be covered by a patent. With Apple pushing the quality of the screen in the recently launched MacBook Air and specifically highlighting True Tone (“…True Tone technology automatically adjusts the white point of the display to match the color temperature of your environment”) a move to bring True Tone from the main screen to the keyboard is both an obvious and innovative move.