Breaking
Everything You Need To Know About EMI Option...
Social Security’s Government Pension Offset (GPO)-A Common Sense...
5 Practical Tips for Small Businesses Going Through...
Part II: How To Optimize Product Ownership In...
How Zoom Conquered Video Conferencing
How To Meet Customer Expectations This Holiday Shopping...
How To Maintain A Healthy Co-Founder Relationship: Nine...
A Technology Solution For Muni Bond Disclosure
Five Common Ways To Fund A Small Business...
Your Floss Pick Habit Is Killing The Planet,...
Customer Service Recovery: Six Keys To Turn Complaints...
10 Unique Habits To Positively Impact Your Productivity
How Becoming A Learning Organization Is Key To...
IRS Increases Enforcement On Cryptocurrency: What This Means...
Optimus Prime Finally Gets The Diaclone Update He...
No, There Isn’t A Black Hole At The...
Home Technology Apple iOS 13.3.1: Important New iPhone Privacy Feature Confirmed
Technology 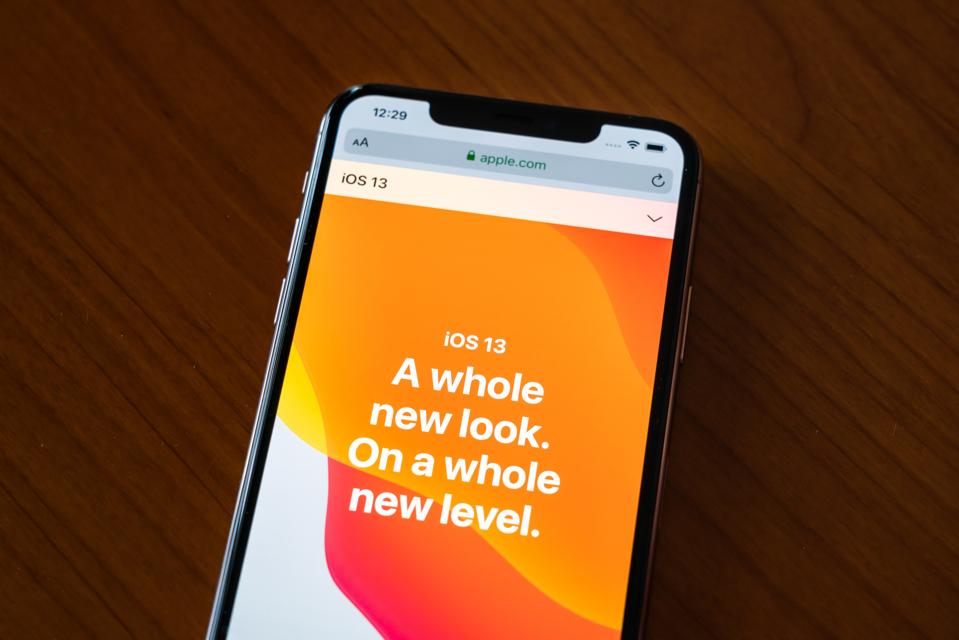 Apple iOS 13.3.1 is about to launch with an important new location privacy control, following an … [+] iPhone 11 issue that allowed location tracking even when a user had turned it off.

Apple iOS 13.3.1 is about to launch with a new location privacy feature, following an iPhone 11 issue that allowed location tracking even when a user had turned it off. Discovered as part of the iOS 13.3.1 beta, Apple has added a toggle for the UWB chip that causes the problem.

Found by KrebsonSecurity, the issue with the iPhone 11 Pro saw the device tracking people’s locations even when it was switched off. After at first dismissing the issue, Apple admitted that because its newer iPhone UWB chip isn’t approved everywhere in the world, the iPhone 11 has to use location services to confirm whether UWB can be used.

Apple promised last month that it would add the ability to turn off the location tracking, and this is happening in soon-to-launch iOS 13.3.1. The new feature was first seen by journalist and YouTuber Brandon Butch who said via Twitter that the second iOS 13.3.1 beta “does have a new toggle to disable ultra wideband.”

If you own an iPhone 11 and you want to use the new toggle–which I recommend you should to keep your iPhone locked down as much as possible–you’ll need to wait for iOS 13.3.1 to officially launch. Keep checking the web, and my page, and I’ll update you once it’s here.

In your Privacy Settings, go to Location Services and System Services and the new control comes under Networking and Wireless.

While you are there, why not check your other security and privacy features? Apple gives you the ability to stop your voice data being sent to Siri, and I’ve written a guide on how to use this. In addition, I’ve also written a how-to on securing all your apps in iOS 13, including Apple’s.

And if you are really interested in locking down your iPhone, iOS 13.3 has also added the ability to use security keys in Safari. I tried out the feature, and it’s very cool: you can see how it works in a video.

In iOS 13, Apple has added a host of new security and privacy features that stop apps as such as Facebook and Google collecting your data in the background when you aren’t using the service. But Apple has come under scrutiny for not adding the controls to its own apps.

In this case Apple denied there was an issue at first, but it’s good that it’s doing something about the problem now.

“It’s good to see that Apple will give people the option to switch off ultra wideband,” says security professional John Opdenakker. “Even though Apple claimed they don’t collect user location data, when this feature is turned on, iPhone 11 users must have a choice whether to use it or not.”

However, he also asks whether the toggle will be switched to “on” by default. “I hope to see that this feature is turned off by default because then, turning it on is an informed decision.”

It’s a crucial point. As security and privacy become increasingly important in people’s lives, it’s essential they can make controlled choices about their data.