Breaking
Looking To Improve Efficiency In Your Business? Here’s...
AI and machine learning for business
How Social Media Changed the World
Shopify: The Pros and Cons
Should your business go green?
Expanding Your Business Into Spain: What You Need...
Essentials For Your Office Coming Out Of COVID-19
What Can Marketers Learn From Digital Cults?
Why NASA’s James Webb Space Telescope Will Never...
Increasing HR Effectivity and Efficiency through Software Solutions
The Difference Between Building A Startup In Bull...
Fluor Corp Ranked Among Today’s Top Shorts
Common Pitfalls to Look Out for When Buying...
Will the Olympics go ahead this year?
Pack Up the Big Top: Insights from MozCon...
Best WordPress Themes for Blogs
Home Technology Apple iOS 13.6.1 Release: Should You Upgrade?
Technology 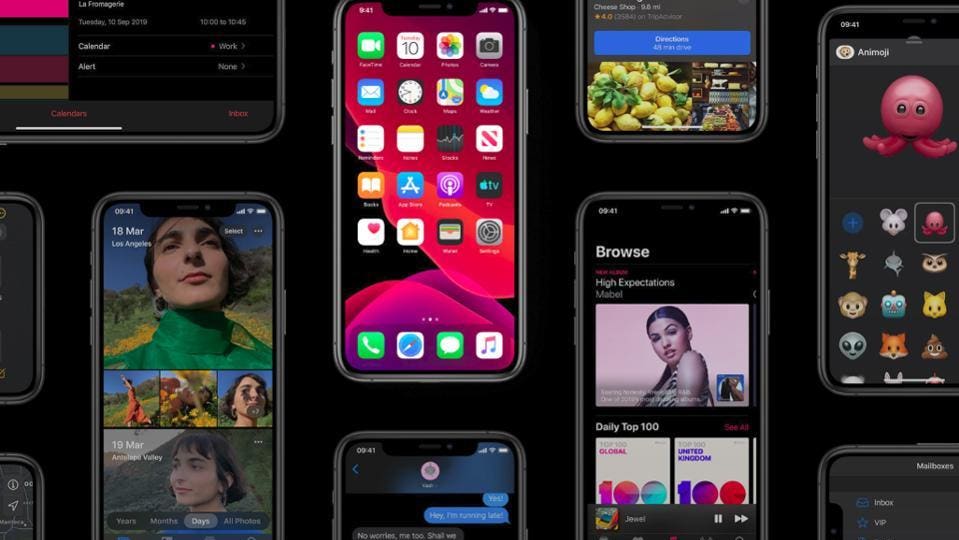 08/15 Update below. This post was originally published on August 13

Apple iOS 13.6.1 is here and it finally confirms a serious, long-running iPhone problem. So, for those eager to upgrade, can the new update match the gold standard set by iOS 13.6? It’s looking good.

08/15 Update: While iOS 13.6.1 complaints remain low, there have been some additional reports of charging issues for a small number of iPhone owners after upgrading. Affected users find their iPhones either refuse to charge, charge extremely slowly or require multiple connections attempts before their phones start charging. At present, this seems to only impact wired charging and only a handful of users have reported it so far. That said, I will keep an eye on this to see whether numbers increase as more and more users install the update. Watch this space.

iOS 13.6.1 has been released for every iOS 13-compatible device. This means the iPhone 6S and newer and the 7th generation iPod touch. If you are not prompted to upgrade automatically, you can check manually by navigating to Settings > General > Software Update. Beta testers, if you are running iOS 14 (more about this in ‘The Road Ahead’ section at the end), you must unenroll your iPhone otherwise iOS 13.6.1 will not show up.

While the Checkra1n jailbreak still works on iOS 13.6.1 for the iPhone X and older, newer iPhones will find Apple’s latest update will break your jailbreak. Unc0ver will be on the case, but it has fallen behind recently with no jailbreaks newer than iOS 13.5.

For everyone else, the first 24 hours have been very positive. I have spotted isolated reports of camera glitches, a bug with SMS notifications and a charging issue but that’s about it. Even Reddit seems happy, which is miraculous.

All three are clearly important, though it is Apple’s first official confirmation of the green tint bug which will set tongues wagging. First reported in June, Apple tech support approved some display replacements for this issue but others were turned away and one even reported being told by an Apple store manager that it was “a character trait of the phone”. Consequently, while late, it’s great news that Apple has finally confirmed this problem and found a fix with software.

As for security patches, Apple’s official security page confirms there are none in iOS 13.6.1. This isn’t unusual for a ‘minor point’ release, especially after the widespread fixes in iOS 13.6.

While I would always advise cautious upgraders to wait a week for potential problems to show up, the initial response to iOS 13.6.1 looks very positive if you are keen to update now. Apple has a track record of delivering stable releases towards the end of each iOS generation and iOS 13.6.1 looks set to continue it. Apple has come a long way since iOS 13’s dumpster fire launch.

I’ll continue to monitor reports as the number of iOS 13.6.1 upgraders grow and deliver my final verdict in a week.

Apple iOS 14 is now in its fourth beta release and it already looks substantially more polished than iOS 13 ever was. It is also Apple’s most ambitious upgrade in years bringing home screen widgets, an app drawer (aka ‘App Library’), compact Call and Siri notifications, picture-in-picture video, an overhaul of Messages, cycling routes to Apple Maps, advanced language translation and much more.

Many of these upgrades plug gaps iOS had in comparison to Android, but iOS 14 also highlights where Apple has a significant lead over its rival: support. While Android handset makers are starting to offer up to three years of support, iOS 14 will again support every iOS 13 compatible iPhone. Yes, that means the 2015 iPhone 6S will continue to receive feature and security updates deep into 2021. That’s outstanding.