Breaking
Meet Onesimus, The Enslaved Man Who Saved Boston...
How to Build a Sales Forecast Model
The Unexpected Ways COVID-19 Has Forever Changed What...
Google Posts: Conversion Factor — Not Ranking Factor
How To Bring Your Branding To Life
Coinbase Cofounders And Investors Poised To Rake In...
How To Stay Top-of-Mind For Your Audience With...
Employers: Eight Red Flags You May Not Notice...
The benefits of videoing in the automotive industry
Ted Lasso, Other Apple TV+ Shows Arriving Soon...
How To Incorporate Click And Collect Into Your...
What Are Working Capital Loans and When Should...
The 10 Biggest Trends in Entrepreneurship to Look...
Clubhouse Has Grown 10X In Two Months. Here’s...
Here’s Why Tyson Foods Stock Looks Undervalued At...
How To Maintain Client Relationships During Long Projects
Home Technology Apple iOS 13’s Security and Privacy Features Risk Unexpected Consequences
Technology 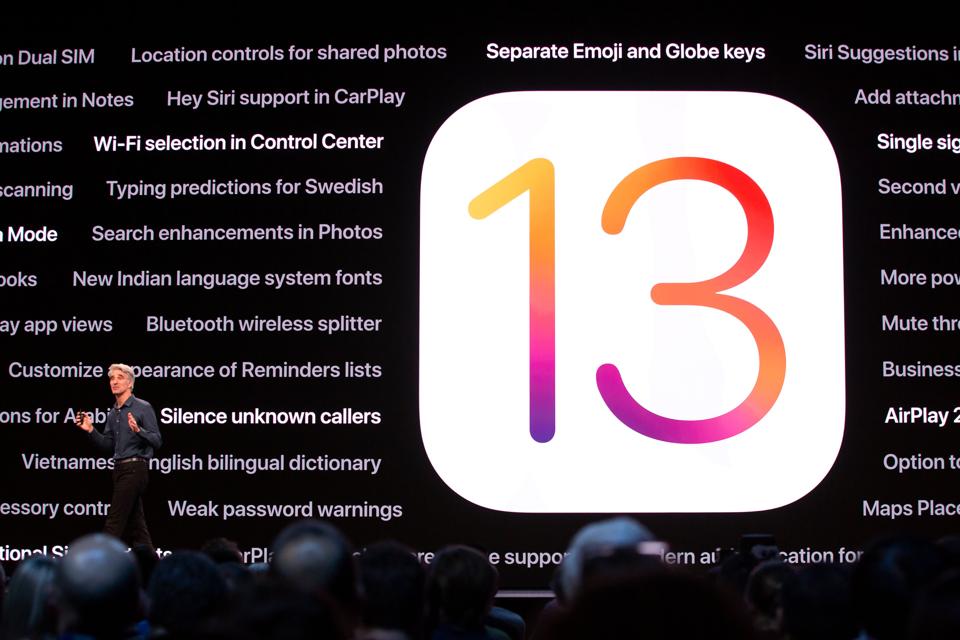 Apple’s iOS 13 has been lauded for its approach to security and privacy, but these new features are … [+] apparently resulting in unexpected consequences.

Apple’s iOS 13 comes with multiple new security and privacy features intended to help users lock down their iPhones. But these very features are now coming under fire from users and developers, who say they can be annoying and are killing apps’ functionality.

According to an article in the Wall Street Journal, because the updated iPhone operating system reminds people “again and again” that they are being tracked, it might be more of a hindrance than a help to privacy.

Since Apple’s iOS 13 launched, pop-ups will appear on your device saying for example: “Facebook has used your location 120 times in the background over the last three days. Do you want to continue to allow background location use?”

Central to the issue is the fact that the “Always Allow” option doesn’t do exactly as it says: instead reminders do eventually pop up again to ensure users are aware of app tracking. Critics say this could result in people getting annoyed, rather than encouraging them to protect their privacy using iOS 13.

Developers are worried that this will scare users away and disengage them from their apps–but it should be noted that developers have already complained about these new Apple features, which stop them from tracking people’s location as they had in the past.

It comes as Apple is being scrutinized by lawmakers, who say that some of the firm’s own location tracking functions do not have to play by the same rules as the likes of Facebook and Google.

Apple said in response to the Wall Street Journal that the firm “has not built a business model on knowing a customer’s location or the location of their device.”

“The privacy tracking notifications Apple introduced in iOS 13 should help users to be more aware about the privacy implications of using particular apps,” says security professional John Opdenakker. However, he concedes: “When people get these notifications all the time, they might ignore them, which negates Apple’s intentions to make people aware about background tracking. It will be an exercise to find the balance between usability and privacy.”

It also demonstrates a well-known issue with privacy, says ESET cybersecurity specialist Jake Moore.“One camp wants to eradicate tracking altogether, and the other doesn’t give a second thought about their own privacy.”

But he warns that this hides an even bigger problem: “Most people don’t understand what companies, or third parties even, can do with your data but it’s extremely important to try and reduce the amount of personal information that is released. Tracking data in the wrong hands can even be dangerous, but many people tend not to worry or think about it.”

Moore thinks the answer lies “in the best of both worlds” where “people can offer limited information to make apps better without being inundated with notifications or giving up their coordinates 24/7.”

It’s certainly not easy, but I would always recommend locking down your iOS apps to ensure that your iPhone stays as secure as possible. Always check the permissions you allow your apps, and be aware of who is tracking what.

You might find this guide on securing your apps in iOS 13 useful, as well as this hands on video on how to use a security key in Apple’s updated operating system.