Apple’s iPhone 12 continues to leak and leak and leak, but it will not be the only new iPhone released in 2020. Launching much sooner is an all-new budget iPhone which cutting edge specifications, which is being referred to as both the iPhone SE2 and iPhone 9. And it is shaping up to be the best value iPhone in years. Here are the reasons why.

Tip: this article will be regularly updated, so bookmark it (01/28 new release date updates below) 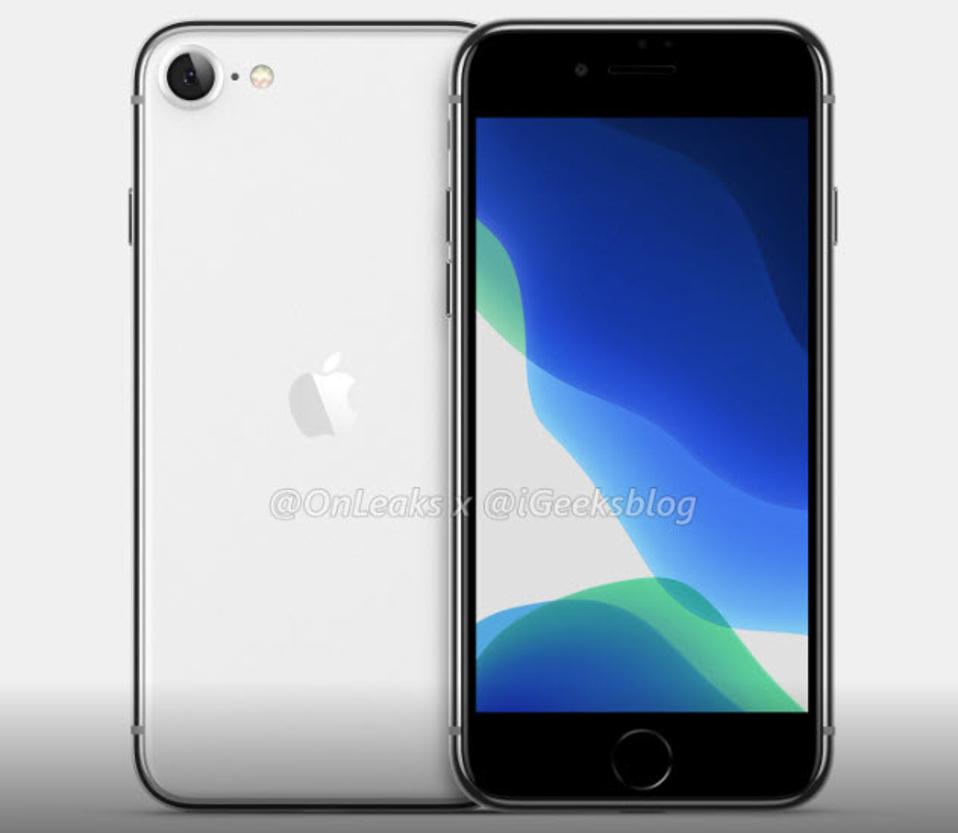 Camera – the iPhone SE2 will use the same 12MP primary camera as the iPhone 11, iPhone 11 Pro and iPhone 11 Pro Max, but it will not feature ultrawide or telphoto sensors as Apple looks to save costs.

The iPhone 12 will have an exciting new long-range 3D camera, but don’t expect that functionality to reach the iPhone SE2 at its affordable price point (more below).

Design – Perhaps the one area where the iPhone SE2 may disappoint is its design. Rather than copy the iPhone X-inspired looks of current models, the iPhone SE2 will look like an iPhone 8, complete with a Touch ID fingerprint sensor and no Face ID. That said, this will make for a very portable device you’ll easily be able to use one-handed. It will also feature a glass back to support wireless charging.

Display – The iPhone SE2 will use the same 4.7-inch screen size made famous by its predecessors. It is expected to feature improved brightness and color accuracy, but it will still be LCD rather than OLED and limited to a 1334 x 750 x resolution. That said, this still delivers a 326ppi pixel density, which matches the iPhone 11. The iPhone SE2 will not, however, feature the 120Hz ProMotion displays coming to the iPhone 12 range.

Once again, the second iPhone X-inspired iPhone (expected to have a circa 5/4/5.5-inch display) is one thing to consider. 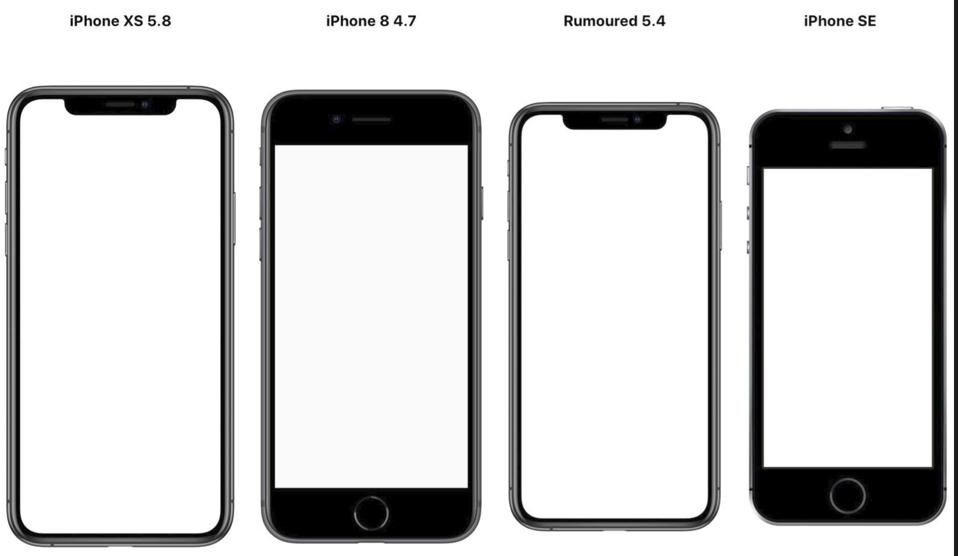 A circa 5.5-inch budget iPhone has been rumored for some time. Here is a proportional representation … [+] of its size.

Biometrics – As mentioned above, Touch ID will be Apple’s choice of biometrics for the iPhone SE2 and Face ID will not feature. That said, 2020 will mark something of a comeback for Touch ID in general with a new in-display sensor coming to the iPhone 12.

Performance – Along with the iPhone 11’s primary camera, the other big news is the iPhone SE2 will feature the same blazing fast Apple A13 chipset as the iPhone 11 range. The single camera and lower resolution display will see Apple fit less RAM (expected to be 3GB) but this will still be one of the fastest phones around and a match for any 2020 Android flagship.

Connectivity / Networking – Apple is expected to borrow from the iPhone 11 range. This is no bad thing as these phones are strong performers, but there will be no 5G support on the iPhone SE2.

Release Date – there is no official date yet for the iPhone SE2’s release but it is widely understood to arrive in Q1 (Jan-March) which means you won’t have long to wait. The phone is expected to have a low-profile launch with Apple quietly adding it to the Apple store and issuing a press release. So keep your eyes peeled.

Adding to this, Bloomberg has revealed the iPhone SE2 will begin mass production in February and launch in March. For anyone eager to have iPhone 11-matching speed and photography from the primary camera for well under $500, your dreams are going to be fulfilled.

01/28 Update: Bloomberg’s well connected duo of Mark Gurman and Debby Wu have issued a warning that the iPhone SE2 launch could be impacted by the spread of the Coronavirus near its Pegatron and Foxconn manufacturing partners. Foxconn disputed this, but Tim Cook has since admitted during Apple’s Q1 2020 earnings call today that its supply chain may be impacted. As a result Apple has set a wide range for its next quarterly guidance which is “reflective of the coronavirus outbreak and the uncertainty around that.” As such, I wouldn’t be surprised to see the iPhone SE2/iPhone 9 launch slip.

Pricing – the biggest appeal of the iPhone SE2 will be its price with Apple expected to start prices from just $449 with 64GB and 128GB storage options available. Just be warned, that you might get less for your old iPhone from Apple than you might have expected.

While it will not be the most exciting iPhone Apple releases in 2020, the iPhone SE2 (or whatever Apple ultimately decides to call it) is likely to be among the best sellers. Its combination of cutting edge performance and photography at a low price and housed inside a compact chassis, will make it ideal for those on a budget as well as a great choice for kids and less tech-savvy family members.

Tip: I will keep this article updated as your one-stop-shop for iPhone SE2 / iPhone 9 news, so bookmark it.

First Look: Netflix’s New Series ‘The Letter For The King’

Live Out Your Psychic Dreams In The “Mob...