Breaking
Channel Your Impact With a Self-Directed IRA
How To Reach Your Customers This Holiday Season
TikTok Will Limit And Label Videos Prematurely Claiming...
How A British Graphic Novel Publisher Is Leading...
Dow Plunges 600 Points On Third Day Of...
According To A New Study, Patients Are Texting,...
How To Keep Your Digital Media Assets Secure
Be Better At Building Your Team
Saying No In Order To Grow
Sherwin-Williams Stock Is Unlikely To Sustain Its Current...
How Successful Entrepreneurs Use The Law Of Attraction
Elon Musk’s Economics 101 Course For Japan
Raoul Pal: Gold Investors “Will Flip To BTC”...
Dating Site Takes On Social Media Dangers Of...
Trump Campaign Website Hacked In Cryptocurrency Scam
How To Reduce The Stress Of Loneliness–9 Tips
Home Technology Apple Leak Confirms Stunning New MacBook
Technology

The latest documents filed by Apple confirm that a new MacBook is on its way, thanks to the certification of a new laptop battery. The question now is if the geekerati should be ready to accept a tweak to an existing laptop, or to get excited for the first Mac machine with an ARM processor. 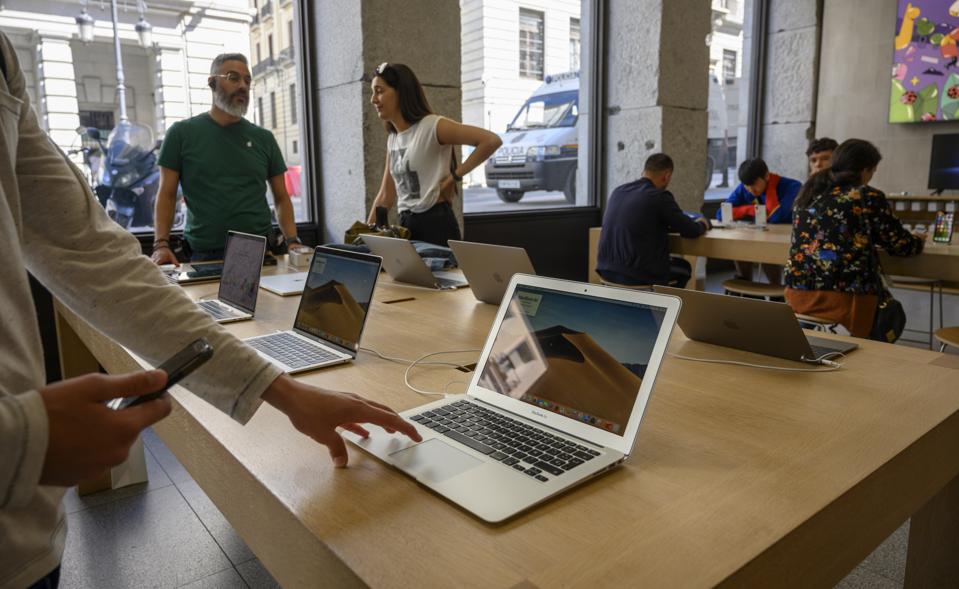 MADRID, SPAIN – MAY 04: Visitors are briefed about MacBook Air computers on display in the Apple … [+] Store at Puerta del Sol square on May 04, 2019 in Madrid, Spain. Apple designs, develops and sells consumer electronics, computer software, and online services, being considered one of the Big Four of technology along with Amazon, Google, and Facebook. (Photo by Horacio Villalobos – Corbis/Corbis via Getty Images)

July 30 update: As well as the pointers to the MacOS on ARM hardware that the battery certification offers, we now have the first indications on the price of the radical laptops. The detail comes from noted Apple leaker Komia_kj in reply to a question about the pricing of the first consumer MacOS on ARM hardware:

It’s worth noting that these prices are significantly less that the current Intel MacBook Air ($999) and the MacBook Pro ($1299). If the prices are accurate (and Taniyama-Shimura applies here) then we can see just how much of a cost saving the move to ARM is generating. 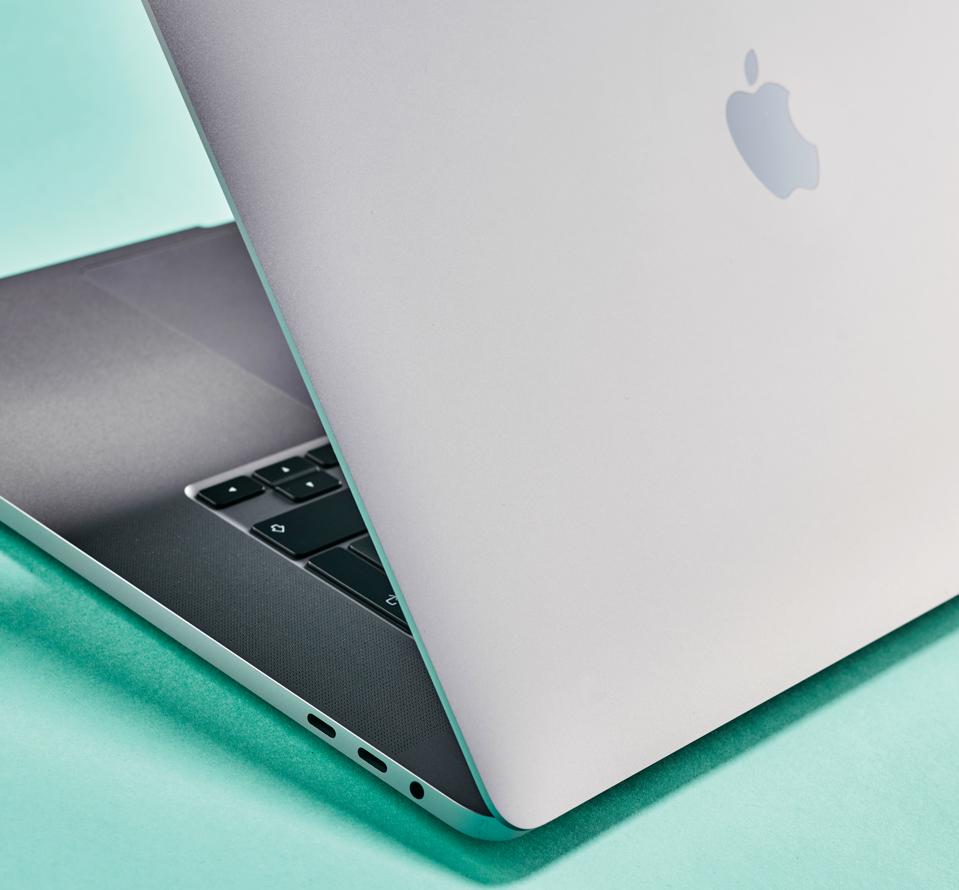 The new battery information comes Apple’s filing with authorities in China (3C) and Denmark (UL Demko) covering a new device with a 49.9 watt-hour battery. The big giveaway is that the trademark owner is listed as Apple.

While it does not say ’this is a new MacBook’ it is possible to extrapolate from the data here and currently released Apple hardware, and get an answer. Chance Miller goes Columbo:

The easiest answer (‘there is another MacBook Air coming’) is also the most spectacular answer. Not because of a regular spec update to the venerable ultrabook line, because that happened four months ago. But because if this is a lightweight MacOS laptop, it’s showing up when Apple’s Intel-powered portfolio is pretty much refreshed.

In which case suspicion turns away from the Intel line towards Apple’s new adventure with MacOS on ARM. Developers currently have access to the Mac mini styled Developer Transition Kits on loan from Apple, but the first consumer MacOS on ARM device is expected to be both a laptop and here by the end of the year.

Could this be the first ARM laptop? It makes more sense than a redesign of March’s MacBook Air. The smaller battery capacity could be indicative of a machine smaller than the current Air. Tim Cook and his team may decide that it does not want to disrupt the current market balance in any major way; meaning the MacBook Air and MacBook Pro brands would not be pulled out to the bleeding edge of the ARM revolution.

In which case, we could be looking at the return of the single moniker. The new and revolutionary MacBook could simply be… ‘MacBook’.

What Do Dolphins Eat? Lessons from How Kids Search — Best of Whiteboard Friday

How To Implement Design Thinking In Your Startup