Breaking
Everything You Need to Know About Corporate Social...
Is Adaptive Leadership the Key to Motivating Employees?
Why business events are set to return with...
Business events set to return with a bang!
Expanding Internationally: 5 Things to Consider for eCommerce...
How the Machine Shop Is Going Digital in...
Sustainable Food Packaging Is Helping the Hospitality Sector...
Top 5 Investment Practices To Make More Money...
Managing IT Requirements for SMEs: 5 Aspects that...
How To Build a Successful Luxury Brand In...
Finding The Best Google AdWords Consultant for Your...
8 Top Tips To Help Your Agricultural Business...
Three Reasons Why Office Décor and Design Are...
Looking To Improve Efficiency In Your Business? Here’s...
AI and machine learning for business
How Social Media Changed the World
Home Technology Apple Loop: New iPhone 12 Concept Video, Apple’s Strong Privacy Stance, Dramatic iPhone SE2 Launch Date
Technology

Taking a look back at another week of news and headlines from Cupertino, this week’s Apple Loop includes a look at the new iPhone 12 design, how the iPhone SE2 will change Apple, the festive success of the App Store, a new night photo challenge, Apple’s privacy talk at CES, and the classic Apple 20SC hard drive talks to an iPhone.

Looking At The iPhone 12 Design

Noting the three-year design cycle on show with the iPhone, there are more indications that the iPhone 12 will continue that cycle with its new design and key features. From the more angular chassis to the addition of 5G, all three iPhones will be refreshed, but the iPhone 12 Pro may have the best balance. Zach Epstein reports on the latest visualisation of the leaks:

“…designer Pallav Raj whipped up a gorgeous concept that takes design cues from the iPhone 5 and modernises them for 2020. The result is a stunning iPhone 12 Pro that could end up being pretty close to the real iPhones Apple unveils in September. The one major issue is the display, which Raj has rendered as an all-screen design with no notch. Apple is indeed rumored to be working to shrink down the various Face ID sensors in its TrueDepth camera array so they’ll fit in a narrow bezel, but we’re not sure the new design will be ready for this year’s iPhones.”

How The iPhone SE2 Will Change Apple

It’s looking more likely that Apple is going to release a follow-up to the beloved iPhone SE early in 2020 But how can the cheap and cheerful iPhone SE2 sit alongside the equally capable iPhone 12 family?, I discussed the issue earlier this week:

“And this duality of the iPhone, that these expensive handsets deliver the dream of everything a customer could want when the reality is that for most people they are overpriced for day to day tasks, leads directly to the presumptively named iPhone SE2.

“It could easily become the biggest selling iPhone of the year, the biggest entry point into Apple’s ecosystem, and allow iOS to offer some challenge to Android in the mid-range market.”

The planned iMarch release of the iPhone SE2 could be the start of a drastic change to Apple’s release schedule. Instead of the slower paced annual hurrah in September, Tim Cook could spread the risk and the portfolio out to two events per year. This is something JP Morgan suggests the supply chain is gearing up for. Aadil Raval reports:

“…there is a bit of seasonality change within its suppliers. Apple could be eyeing a shift in release strategy opting for a six-months time frame between two consecutive iPhone releases in a year while other OEMs stick to releases throughout the year. Samsung alone has at least seven smartphones pending to release this month which gives a broad idea about the release strategy.

“The change in the strategy will offer Apple a bit of flexibility in upgrading its iPhones to combat the increasing competition from its rivals like Samsung and Huawei.”

Apple has reported strong sales through the App Store between Christmas Eve and New Years Day, and is using it to promote the software and services approach that it is tansitioning towards. Ben Winck reports:

“The holiday-week sales represented a 16% increase over last year’s figure, according to the statement. App Store revenue totaled $386 million on New Year’s Day alone, a 20% jump from the year-ago figure and a record for single-day sales.” 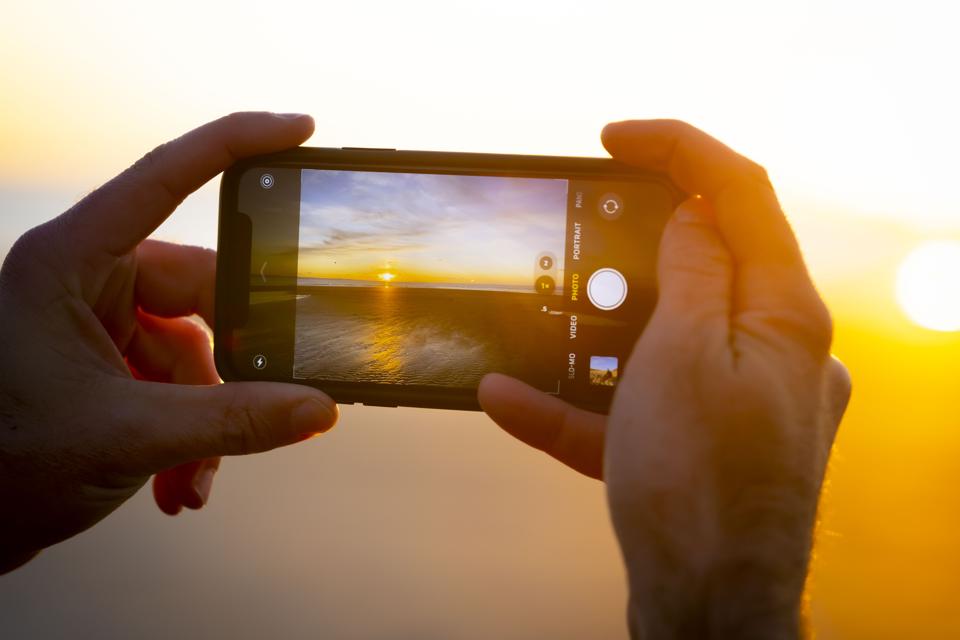 Apple is running another of its regular photograph contests, both to highlight the capabilities of the latest phones but to also gather new imagery for its advertising, but this time with a licensing fee attache to the photographers. Ben Lovejoy reports:

“Apple is seeking the best iPhone Night mode photos shot by owners of any of the iPhone 11 models. The top five photos will each be used for Apple marketing campaigns, which may include anything from appearing on the company’s website through store visuals to billboard campaigns.

“Apple has learned its lesson from last time, with the small-print confirming that it will pay a licensing fee to each winner…”

CES saw a rare appearance by Apple, as Senior Director of Global Privacy Jane Horvath reinforced Apple’s pro-privacy stance. And this in the week of an FBI request to unlock two iPhones in another investigation. Charlie Wood reports:

“…iPhone privacy chief Jane Horvath – who was peaking on a panel at this year’s CES tech conference in Las Vegas – said that iPhones’ susceptibility to being stolen means they must be encrypted to protect personal information such as financial and health data.

“ “Our phones are relatively small and they get lost and stolen,” Horvath said, according to CNBC. “If we’re going to be able to rely on our health data and finance data on our devices, we need to make sure that if you misplace that device, you’re not losing your sensitive data.” “

What’s the best external storage solution for your iPhone? How about Apple’s classic 20SC hard drive with it’s massive (for 1986) 20 MB of storage? Niles Mitchell has given it a go.