Taking a look back at another week of news and headlines from Cupertino, this week’s Apple Loop includes the latest iPhone 9 details, a bright iPhone 12 leak, a new display for the MacBook Pro, an update for the iPad Pro, latest App Store guidelines, and why Apple Care repairs may take longer.

The iPhone 9 Is Ready To Go

According to reports, the presumptively named iPhone 9 has entered the ‘final verification stage’, a check on the entire process before the production lines steps up ahead of the still expected in some form launch in March. I looked at the impact earlier this week:

“Of course the impact of SARS-CoV-2 on supply issues could limit the speed or volume of production, limiting the availability of the new iPhone when it launches. It could also determine the size and scale of any launch event. Apple has in the past launched products purely online, although these have normally been updates to existing products, rather than one of the key products for 2020 and beyond.” 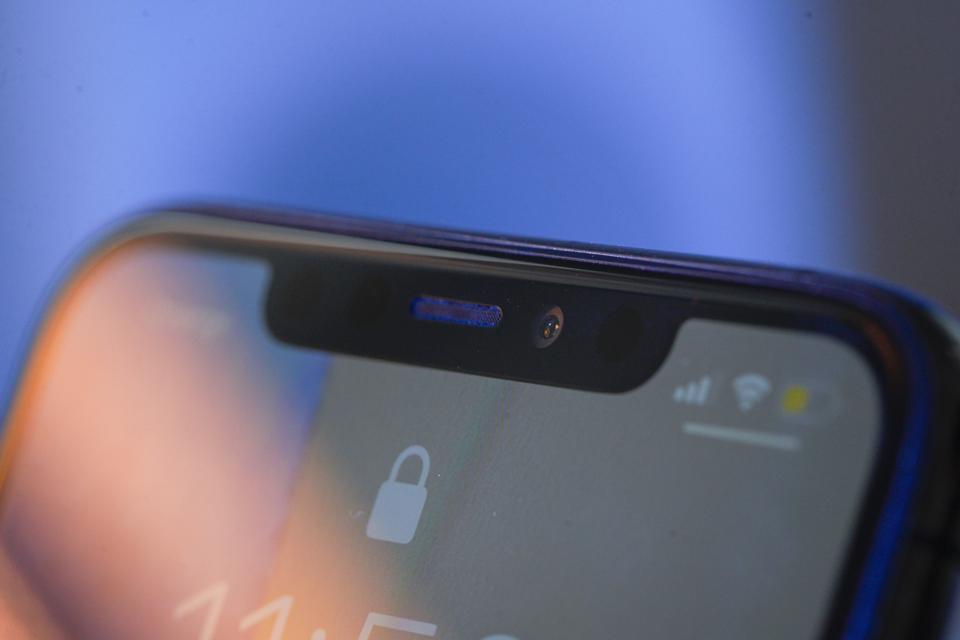 The front facing camera module is seen on the back of an iPhone 11 Pro Max in The Hague, The … [+] Netherlands on March 3, 2020. The South Korean LG Innotek which supplies camera modules for Apple iPhones has shut down it’s factories due to the corona virus outbreak. LG Innotek is said to also be providing camera modules for the upcoming iPhone 12. (Photo by Jaap Arriens/NurPhoto via Getty Images)

Put A Ring Around The iPhone 12

Where will Apple put the camera flash on the iPhone 12? The latest leaks suggest that the flash will not stand apart from the various lenses, but instead a ring flash will be adopted in this year’s design. This was tested for the iPhone 11 but ultimately not used. According to noted Apple watcher Filip Koroy, it’s coming back for the 12. Forbes’ Gordon Kelly looks at the practical advantages:

“…this stunning design and Apple’s decision not to follow through with it would explain how Apple is widely expected to integrate an additional Time of Flight camera module into the iPhone 12. This despite multiple leaks saying the overall look of the camera modules and camera hump will not change dramatically from the iPhone 11 Pro. The ToF sensor (which is typically much smaller than a standard camera module) would fit perfectly inside the flash module, with Apple able to use its ring flash technology discarded from the iPhone 11 prototype.”

Apple is expected to use mini-LED in a number of new displays in the next year. By increasing the number of individually controllable light sources behind the color elements, LCD technology can be used to offer an experience much closer to OLED’s vibrancy and contrast. The details on the new technology come from Apple analyst Ming-Chi Kuo. Juli Clover reports:

“According to Kuo, Apple’s mini-LED products are expected to come out in 2020 and 2021, but in previous notes, Kuo has said we can expect to see the 16-inch ‌MacBook Pro‌ with a mini-LED display in the fourth quarter of 2020, so that could also be when the 14.1-inch version will launch.”

Get Ready For A New iPad

One of the surest signs that hardware is about to be replaced is dwindling stock in the previous generation. With the current iPad Pro availability falling, can we expect a new iPad at the same March event the iPhone 9 is expected to launch at? Henry Casey reports:

“This new iPad Pro is supposed to have a three-lens rear camera setup plus a Time of Flight sensor, with the first matching the iPhone 11 line and the latter arriving to add Augmented Reality features. There are also rumors of a 5G iPad Pro with a next-gen Apple processor.”

Apple has updated the App Store guidelines this week, and all developers will have no choice but to follow them. As well as ensuring support for the latest versions of iOS (which Apple states is on 77 percent of devices sold within the last four years), Apple Sign-In is mandatory for any app that also offers the likes of Google Connect or Facebook Connect, and push messages can be used for advertising. Filipe Espósito had more details, starting with the SDK mandate:

“Apple says all new apps and app updates will be required to be built with the iOS 13 SDK starting April 30, 2020. That enables apps to offer features such as Dark Mode, ARKit 3, Core ML 3, and more. Apple also requires developers to prepare their apps to be fully compatible with all currently supported devices, including the iPhone 11 Pro Max and the new 7th generation iPad.”

Apple’s repair service, Apple Care, is something that many users find incredibly helpful. But the fast turnaround that has been the hallmark of the service could be set to slow down over the next few weeks as the supply chain of spare parts is under strain. Mark Gurman reports:

“The company recently told technical support staff at stores that replacement iPhones for heavily damaged devices will be in short supply for as long as two to four weeks, according to Apple Store employees.

“The workers, known as Geniuses, were advised in a memo that they can offer to mail replacement iPhones to customers and provide loaner devices to ease delays.”

This Is How You Can Prove The Earth...