Breaking
How The US Department Of Health & Human...
Why Do Chinese Companies List Their Shares In...
Can You Get Covid-19 Coronavirus From Food? Frozen...
Winklevoss Twins Tell Bar Stool’s Dave Portnoy To...
Berkshire Hathaway Doubles Down On Net Lease REIT,...
70% Of Americans: Ban Foreign Apps
This Week In Credit Card News: Pandemic Brings...
Three ‘Big Impact’ Surprises That Could Slam Stocks,...
Quantum Computing: What Does It Mean For AI...
5 Questions With Jonathan ‘Magar’ Martinez Cannabis Curing...
5 Concise Questions With Jonathan “Magar” Martinez Cannabis...
Lessons From The Frontlines: Preparing A Global Vaccine...
Behind The Curtain—Chapter 11 From The Inside—Chapter 4—First...
What To Look For In A Nursing Home...
Apple’s Radical iPhone 12 Upgrade Suddenly Confirmed
5 TikTok Growth Hacks You Need To Know
Home Technology Apple Loop: Radical New iPhone Leaks, Apple Reinvents The Cursor, Massive iPhone Delay
Technology

Taking a look back at another week of news and headlines from Cupertino, this week’s Apple Loop includes the latest iPhone 12 leaks, the iPhone 9 launch date, delaying the iPhone 12, iPhone production falls, Apple redefining the cursor, reviewing the iPad Pro, Apple’s raft of OS updates, and the power of Screen Time during the lockdown.

Keeping the iPhone 12 Camera Steadier Than Ever

If death and taxes are the only sure things in life, the only sure thing in the tech world is the slow drip of leaks around the upcoming iPhone (and of course how the invited audience at the US launch events are always so surprised when these are finally announced).

So we naturally have another leak this week, and its about a method Apple is set to include on the iPhone 12 Pro Max that will create clearer images and improve low light performance. Joe Rossignol reports:

“While details are slim, sensor-shift technology could bring image stabilization to the Ultra Wide lens on future iPhones, starting with the 6.7-inch model. iPhone 11 Pro models feature optical image stabilization for both photo and video, but only when using the Wide or Telephoto lenses. Sensor-shift technology would provide a solution for this, as the stabilisation would apply to the camera sensor itself and not be dependant on any specific lens.” 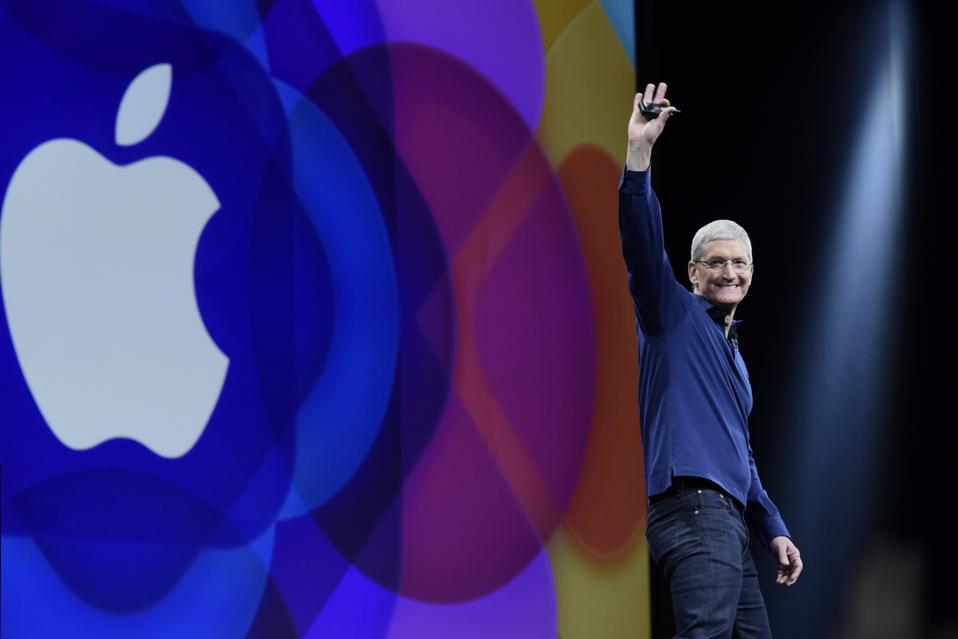 Are We Ready For The iPhone 9?

Is Apple getting ready to present the iPhone 9 to the world? Over on Twitter, noted analyst Jon Prosser suggests that the iPhone 9 is going to be ready for release next month… and may well launch in April as well.

“Apple briefing happing right now. As I mentioned before – logistically, iPhone 9 will be ready to ship in April. Due to economical pressures and shareholder obligations, Apple is considering releasing the iPhone 9 in April.”

Will Apple Delay The iPhone 12?

Putting aside the immediate question of the iPhone 9, what about the iPhone 12? This is looking like a landmark release for Apple, with the inclusion of 5G, the first design update since the iPhone X, and the use of OLED across the range. Tradition says it’s going to show up in November, but coronavirus has no respect for tradition. Will Tim Cook delay the launch and release?

“Come September, the world is more than likely going to be a recession, consumers spending power will be diminished, and the appetite for luxury priced flagship will not be as high as it has been in previous years. With the iPhone 12 set to be one of the most radical iPhones of recent times (including 5G connectivity, new camera technology, and a notch-less screen), the stakes are high, and perception is everything. The iOS-powered smartphone needs success at the level of a home run, not just a ‘get on base’ single.

“If that means a delay to the launch date and the release date, so be it.”

Apple’s iPhone plans in India now have to include the impact of covid-19. With the country going into its national lock-down, the key Foxconn and Wistron plants are closed. Debby Wu reports:

“Foxconn and Wistron Corp. have suspended all production at their Indian plants to comply with a nationwide lockdown ordered by Prime Minister Narendra Modi, hitting the output of Apple Inc. iPhones and other gadgets.

“Foxconn, also known as Hon Hai Precision Industry Co., is suspending operations until April 14, the company said in a text message to Bloomberg News. It intends to resume India production based on further government announcements.”

With the launch of 2020’s iPad Pro and the Magic Keyboard with its trackpad, Tim Cook and his team have had a chance to think about what it means to be a cursor. Unsurprisingly, they’ve moved away from the model first introduced in 1968 to something a bit more suitable for their hardware. Craig Mod explains:

“Apple has taken the desktop cursor’s familiar thin arrow and replaced it with a translucent circle. This circle has the ability to change form not only with context but with the “physicality” of the object beneath it.

“Move the pointer above a button and the circle morphs into the button itself, “snapping” into it, enveloping it like an amoeba, causing it to glow in a pleasing way. What this means is that the usual precision of a trackpad isn’t required to get exact hits on navigational elements… on the iPad home screen, you can “lazily” slam the cursor around and have it lock onto applications with an eerie telepathy not experienced on a desktop OS.”

Launched in mid March through the medium of a press release, the iPad Pro inched everything about the tablet forwards compared to previous versions. Was that enough? Dieter Bohn takes a closer look at the tablet, including the camera:

“I don’t know why Apple maintains the weird legacy of putting the FaceID sensors and selfie camera on the “top” of the iPad Pro when it’s held in portrait. Maybe it’s the last vestige of Apple’s desire to keep the iPad Pro a “tablet-first” experience, but I and everybody I know primarily uses the iPad in landscape mode in a keyboard case. That means the camera is off to the side so your eyes are always looking away from it. Apple added some augmented reality effects to fix your gaze in FaceTime, but that doesn’t help with work conference calls.”

You can read the full review at The Verge.

Apple’s OS Updates Across The Board

Apple pushed out OS releases across the portfolio this week, giving us iOS and iPadOS 13.4, MacOS Catalina 10.15.4, tvOS 13.4 and watchOS 6.2. Jeremy Horowitz looks at the changes, including Apple’s efforts to bring the ecosystem elements a little closer to each other:

“Another major improvement is cross-platform support for a new universal app purchase option, enabling a single app developed using Apple’s shared Catalyst framework to be purchased and run across Macs, iPhones, iPads, and Apple TVs. This feature went live for developers yesterday, and it uses the iOS App Store as the base for universal apps. Standalone Mac App Store app listings will likely need to be abandoned for the transition to universal apps.”

This week saw iPhone users receive their Screen Time report, and the change in the world’s lifestyle due to covid-19 has seen some dramatic changes. Travis M. Andrews reports:

“iPhone users are all too familiar with the report, delivered unprompted and certainly uninvited as an alert each and every week by default. The small dispatch, served up out of the ether with what feels like a judgmental wink, imparts a few pieces of data: the average time you spent on the phone last week (Do you do anything else? it seems to suggest), the percentage that time increased or decreased (You just keep getting worse!) and whether you spent it on “social networking,” “productivity” or “reading & reference” (Do you really need to be on Facebook that often?)…

“In the midst of the coronavirus, when many people are stuck at home, these reports have become a badge of shame — or honor, depending on your point of view.”