Breaking
Expanding Your Business Into Spain: What You Need...
Essentials For Your Office Coming Out Of COVID-19
What Can Marketers Learn From Digital Cults?
Why NASA’s James Webb Space Telescope Will Never...
Increasing HR Effectivity and Efficiency through Software Solutions
The Difference Between Building A Startup In Bull...
Fluor Corp Ranked Among Today’s Top Shorts
Common Pitfalls to Look Out for When Buying...
Will the Olympics go ahead this year?
Pack Up the Big Top: Insights from MozCon...
Best WordPress Themes for Blogs
Get Ready To Rip And Tear, As The...
As Economy Recovers, Loan Approval Rates Increase For...
Lessons Learned—Avoiding The Fundraising Errors That Can Sink...
Top Tips to Help You Effectively Manage Your...
Malaysia’s Carsome, Tycoon Patrick Grove’s Catcha Group To...
Home Finance Apple Spent $20B On Strategy That Cost Shareholders 16% Over Past 5 Years
Finance

Apple also announced that it spent $20 billion on a strategy that is provably bad for shareholder value. 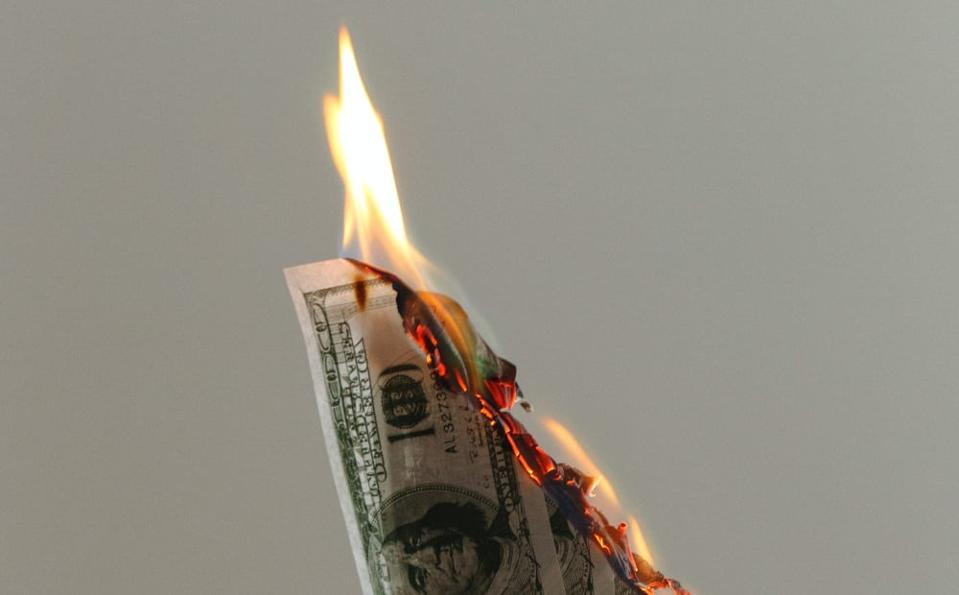 Photo by Jp Valery on Unsplash

This past quarter the company “returned” nearly $25 billion to shareholders, Apple CFO Luca Maestri said. That includes $3.5 billion in dividends and equivalents, and a whopping $20 billion in share repurchasing. Apple’s stated goal is to reach a “net cash neutral position over time,” he said, meaning the company’s massive quarter trillion dollars worth of cash on hand all has to go.

We … returned nearly $25 billion to shareholders … including $20 billion in share repurchases and $3.5 billion in dividends and equivalents, as we maintain our target of reaching a net cash neutral position.

Returning money to investors certainly makes sense on the face of it. They are, of course, the “owners” of the company.

Unfortunately, historically over the past five years share repurchasing has resulted in significantly worse performance. In fact, over the last five years, companies that do share buybacks have have achieved worse results than the S&P 500, as you can see in this chart. Here’s the S&P 500, with an average return of 60%, compared to an exchange-traded fund, SPYB: 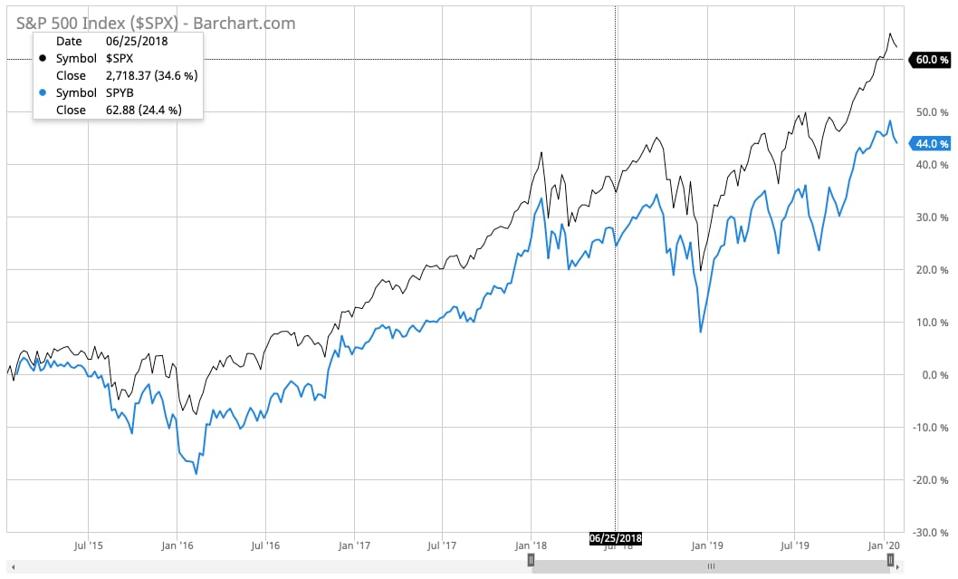 SPYB tracks an “equally weighted equity index comprised of 100 companies with the highest stock buyback ratio within the S&P 500 Index,” according to ETF.com.

They reduce the number of share available. All of a sudden, the earnings-per-share report next quarter looks amazing … even though you’re now comparing apples to freight trains. Total profits can decline even while earnings per share go up.

Do buybacks really help the stock price? It is easy to assume that, but the market is smarter. The big hedge funds know that this is just plain deception.

I’m not suggested Apple is doing this for smoke and mirrors. This was a record quarter by all accounts, after all.

(Although the company is making it tougher to do performance analytics, no longer reporting numbers of phones sold and other key metrics.)

What I do wonder is whether there is a lack of imagination at the highest levels of Apple in terms of using its $245 billion cash hoard to make the company more competitive. To invest in new high-growth areas. To potentially make acquisitions that can solve real problems.

As I recently suggested, Apple could buy Sonos and make its smart speaker, HomePod, relevant. (It’s currently not.) 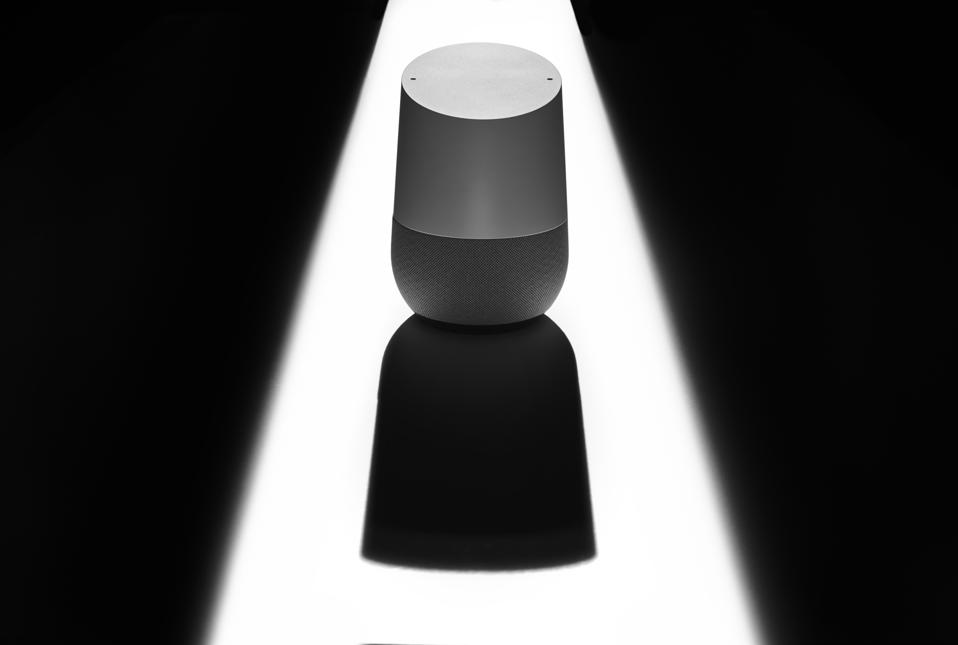 Apple could also invest in its smart home strategy. Smart home is a fast-growing segment that is projected to hit $632 billion in global value by 2026, but Apple has essentially conceded defeat, kicking off a major revamp of its strategy late last year.

Two years ago it could have bought Tesla, as I suggested, and Apple wouldn’t have had to shutter its self-driving car division. Now, of course, Elon Musk’s car company is almost double the price.

Apple is weak in AI, as anyone who’s see the dumpster fire that is autocorrect in iOS 13 knows well. It could use some of its cash to improve there (it is, but probably not fast enough).

Ultimately, you would hope that Apple would invest in growth rather than take the easy way out and shoveling cash back into its stock price. Historically, that does not increase shareholder value.

Why Do Flies Eavesdrop On Frogs? To Drink Their Blood!