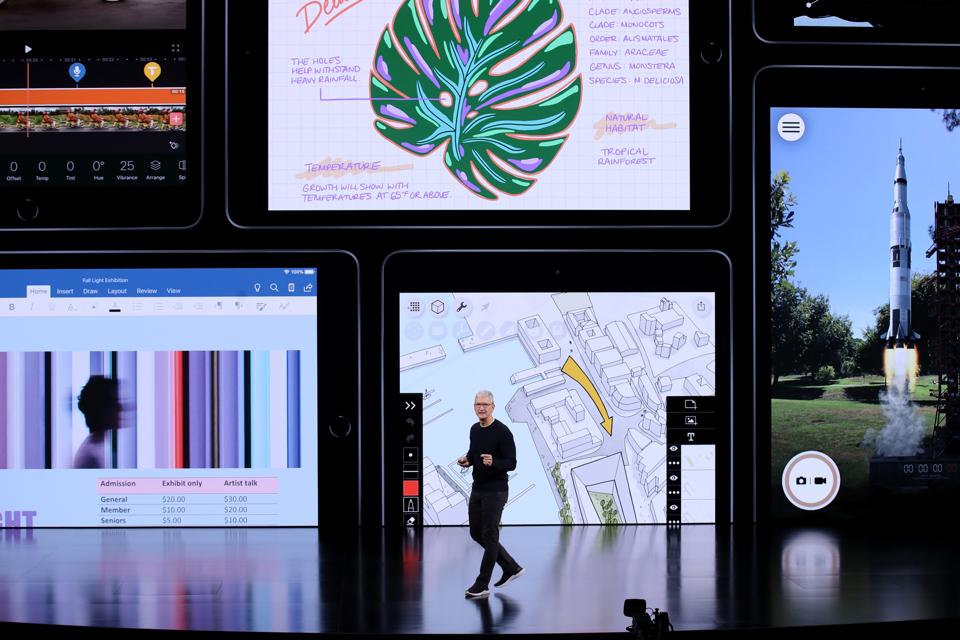 A newly published Apple patent reveals how multiple devices could be unlocked at the same time.

There have been some interesting Apple patents of late. Only this month, it emerged that users could soon be granted a much longed-for fingerprint scanner to authenticate their Apple Watch. The move could be life-changing if it allows Apple fans to unlock their car with their watch using the soon-to-launch CarKey feature.

A patent filed last April but published today (February 27) continues the theme of authentication, but here’s where things get interesting.

Apple users often have more than one device–I know myself how easy it can be to get locked into the addictive ecosystem of watch, smartphone, tablet and laptop. Apple has already tried to make it easier to authenticate yourself while maintaining security with biometrics such as Touch ID and Face ID.

But soon Apple could make this even more convenient: the patent talks about the ability to unlock multiple Apple devices–say your iPhone, MacBook and iPad–at the same time. The means of doing this, the patent hints, would be through an Apple augmented reality headset or smart glasses.

A new means of authentication: What the patent could mean

The application, titled “Authenticated Device Assisted User Authentication,” details how after authenticating themselves manually, a person’s headset or AR glasses could detect a nearby device and unlock it. It would do so by using its proximity to the locked iPhone or iPad, with authentication data sent by the headset to identify the user on the device. This could either unlock the device, or offer some functionality before it is unlocked.

A picture on the superb Patently Apple, which first spotted the new patent, shows how the headset could interact with your other Apple devices.

Proximity to the device and intent could be possible via image sensors able to spot the locked device and how close it is to the user, along with other sensors such as ultrawideband radios. Intent to unlock the Apple iPad, iPhone or MacBook could be indicated by the user through nodding their head for example.

Meanwhile, the user’s Apple device could also lock back up after being sent another authentication transmission. This could make the whole process more secure, and prevent unintentional unlocking of iPhones and iPads.

As usual, the language used by the Apple patent is quite bewildering:

“The method includes performing, by the authenticated device, an intent determination for the user with respect to a restricted-access function of the proximate device,” the patent reads.

In other words, Apple wants you to be able to unlock a nearby device quickly and easily, while maintaining the essential security you need.

Security and user experience can go hand in hand

It’s a pretty cool invention, and the patent will excite many Apple fans due to the hint that Apple Glasses might be closer to reality. Of course, this new and convenient method of authentication might never happen, but if it does, it needs to be secured with a layered approach. The head mounted device will probably be secured with some kind of biometric sensor, and I’m sure Apple will work hard to get it right.

Apple has so far taken the lead in security, with a bunch of new features in iOS 13, a cool Apple Maps privacy update, and the ability to use security keys with your iPhone’s Safari browser. It’s also just joined the FIDO Alliance, which is dedicated to reducing reliance on passwords.

Sure, Apple wants to improve the user experience, but it is worth thinking about the trade off between security and functionality. If this patent does come to fruition, Apple will need to ensure any security considerations haven’t been overlooked.

Why Brands Like McDonald’s And KFC Are Embracing Marketing Gimmicks