Breaking
5 car tyre and safety tips for a...
Everything You Need to Know About Corporate Social...
Is Adaptive Leadership the Key to Motivating Employees?
Why business events are set to return with...
Business events set to return with a bang!
Expanding Internationally: 5 Things to Consider for eCommerce...
How the Machine Shop Is Going Digital in...
Sustainable Food Packaging Is Helping the Hospitality Sector...
Top 5 Investment Practices To Make More Money...
Managing IT Requirements for SMEs: 5 Aspects that...
How To Build a Successful Luxury Brand In...
Finding The Best Google AdWords Consultant for Your...
8 Top Tips To Help Your Agricultural Business...
Three Reasons Why Office Décor and Design Are...
Looking To Improve Efficiency In Your Business? Here’s...
AI and machine learning for business
Home Technology Apple’s New iPhone In Shock Hidden Price Rise
Technology

Looking to buy the new iPhone when they are announced in September? Get read to spend more on your purchase, because Apple has found a sneaky way to make you pay more.

The news that Apple is planning to remove the EarPods from the iPhone 12 retail boxes should not come as surprise, heavily trailed as it is. But the move to remove the charger, and sell a ‘bare phone in a box’ is certainly surprising.

Apple’s decision is a good decision for Apple, but is it good for consumers? And why is this, actually, a hidden price rise? 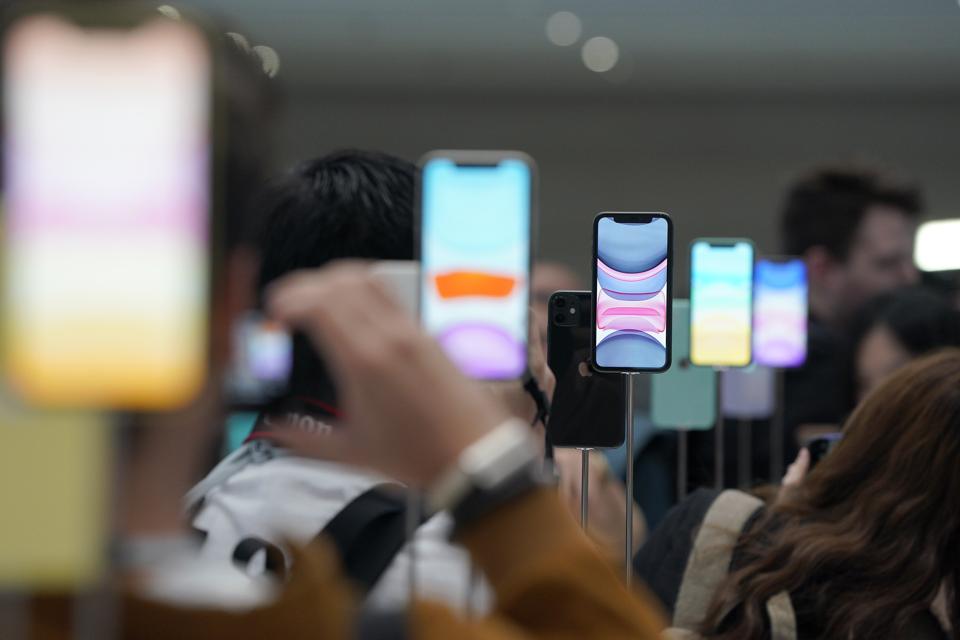 It should be noted that this is not confirmed by Apple, but instead by long-time Apple Ming-Chi Kuo. Which means that it is time to assume Taniyama-Shimura to look at how this move will pan out.

The obvious win for Apple is that consumers are going to be looking to buy extra peripherals, notably a charger and some headphones. In previous years, Apple sold the iPhone with a ridiculously slow 5W charger. That was cheaper than the relatively faster 18W charger that could be bought as an extra purchase. By removing even the slow charger from the retail box, Apple has lowered its bill of materials.

The same is true of the EarPods. Tim Cook’s Apple has been shaving costs on this accessory for some time, moving away from the rugged carry case, through to the removal of the 3.5mm headphone adaptor, to the current cardboard spindle the lightning-only EarPods can be found in. Of course there’s a much more expensive replacement that Apple will push people towards the AirPods. Not only has Apple lowered the bill of materials, but there is a significantly upsell from the EarPods (retail price $29) to the AirPods (starting from $159).

With this decision, Apple has made it easier for Apple Store employees to sell more peripherals with their higher margins to customers, boosting the average revenue per user by a notable amount – especially when you multiply it over tens of millions of sales over the retail lifespan of the new handsets. But Apple can pull of another trick, this time with the marketing.

But Apple, with its historical focus on keeping the margin as stable as possible, has decided to maintain the illusion of the same low price on the more expensive handset… which means the peripherals have to go. The knock-on effect of the upsell, as detailed above, likely helped the decision making process. 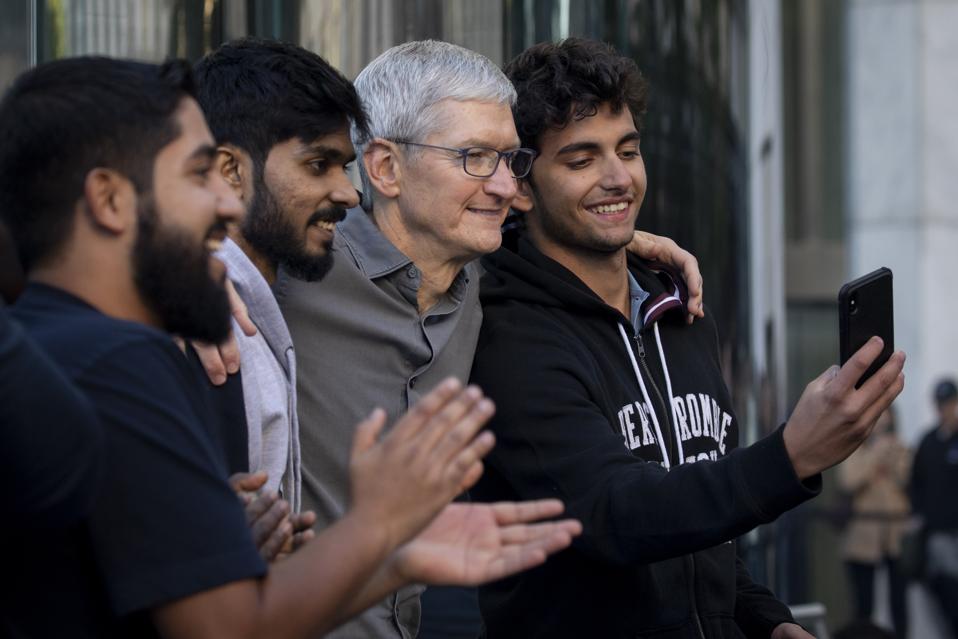 What does it mean to consumers?

The impact is not going to be spread equally. There will be many who will be upgrading their older iPhone to the new iPhone 12; in which case their lightning cables, chargers, and audio solutions are already going to be in place. For them Apple’s changes are going to be cost neutral (give and take any wear and tear).

Those moving from another smartphone may or may not be hit. Wired charging needs a lightning cable, and there’s no word if Apple will include a cable in the box, so there may or may not be an extra cost here. The same will be true of headphones. Bluetooth enabled headphones are good to go, but those running through USB-C or a 3.5mm stereo jack plug (you remember those, Apple?) are going to need to make an additional purchase. Apple wins out on this one.

Apple also wins on the final combination, someone new not just to the iPhone platform, but the smartphone platform all told. Charger, headphones, and cables will all be needed.

Do the benefits offered to the first group outweigh the loss to the second and third groups? Should Apple be seen as a company that nickel and dimes its customer base? What happened to the Apple that enjoyed providing a customer experience that exceeds expectations? 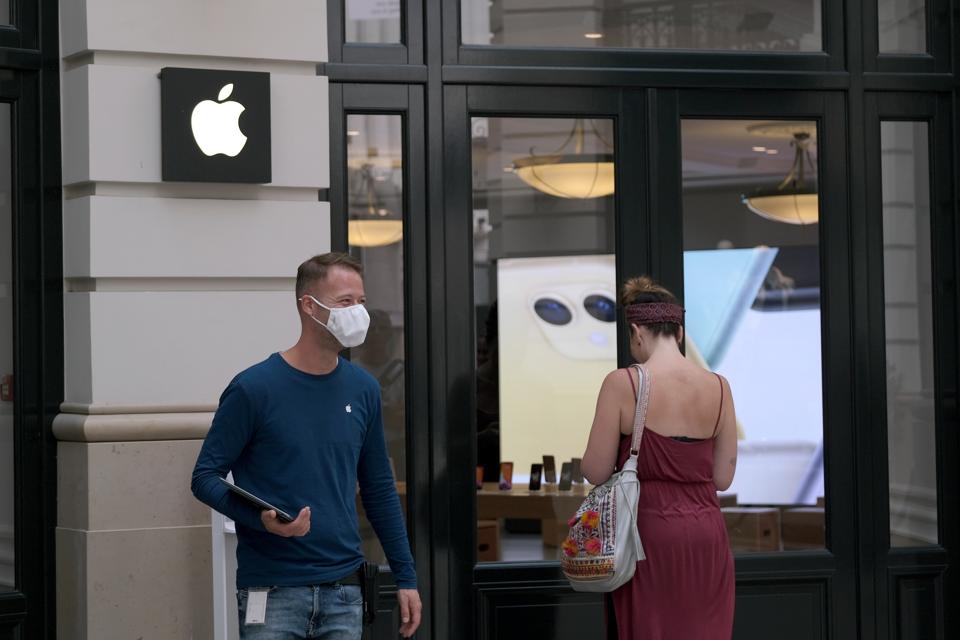 THE HAGUE, NETHERLANDS – JUNE 24: A staff wears a protective mask against coronavirus as a customer … [+] waits outside an Apple Store on June 24, 2020 in The Hague, Netherlands. (Photo by Yuriko Nakao/Getty Images)

Maintaining the illusion of a cheap iPhone, holding on to the margin, and increasing the potential ARPU in peripheral sales… this is a nice bit of sleight of hand from Tim Cook’s Apple. While there are factors that can be seen to mitigate the impact of the removing the peripherals, it’s clear that the average cost of a new iPhone is going up, even if the sticker price is the same.