Breaking
ESG Metrics: A Path Forward For Companies
‘Moriarty The Patriot’ Makes A Hero Of Holme’s...
Mind The 99 Year Gap: How To More...
The WFH Revolution: How Covid-19 Is Changing The...
eToro Announces Staking For Cardano And Tron
Fintech Startups: Plan For Your Customers’ Emotional Realities
The End Of Third-Party Data — Finally
The Scientologist Billionaire Trying To Make A New...
Mission-Driven Fintech Kontist Shakes Up The Future Of...
What Can The Simple Fact That ‘We Exist’...
Stock Market: Here Comes October With Scary Tricks...
Farmers, College Students, And Food Banks Across The...
Thinking Of Writing A Book To Grow Your...
Microsoft Security Report Highlights New Sophisticated Threats From...
3 Steps To Help You Build Entrepreneurial Confidence
SMB Fintech Darling Kabbage To Be Acquired By...
Home Technology Apple’s Next Success Demands Bigger And Braver Decisions
Technology

2020 will see Tim Cook and Apple release new and potentially exciting hardware across the iPhone, iPad, and Mac lines, as well as a fleet of wearables and accessories. This year will also see an expansion of the ‘software and services’ approach that Cook, which saw a 16 percent increase last year to $46.3 billion.

If that rate of growth continues, Apple could be earning over $50 million in revenue in software and services. But that will likely need new markets and more users of Apple’s services.

One answer could be increased iPhone sales bringing in a larger user base, but with iPhone sales falling over the last year it would need a significant acceleration of sales of the iPhone 12 family to make a difference. Maybe adding 5G will be enough to kick off a super cycle. Relying on the iPhone should not be the only angle.

Where would I like to see Apple expand its online services into? 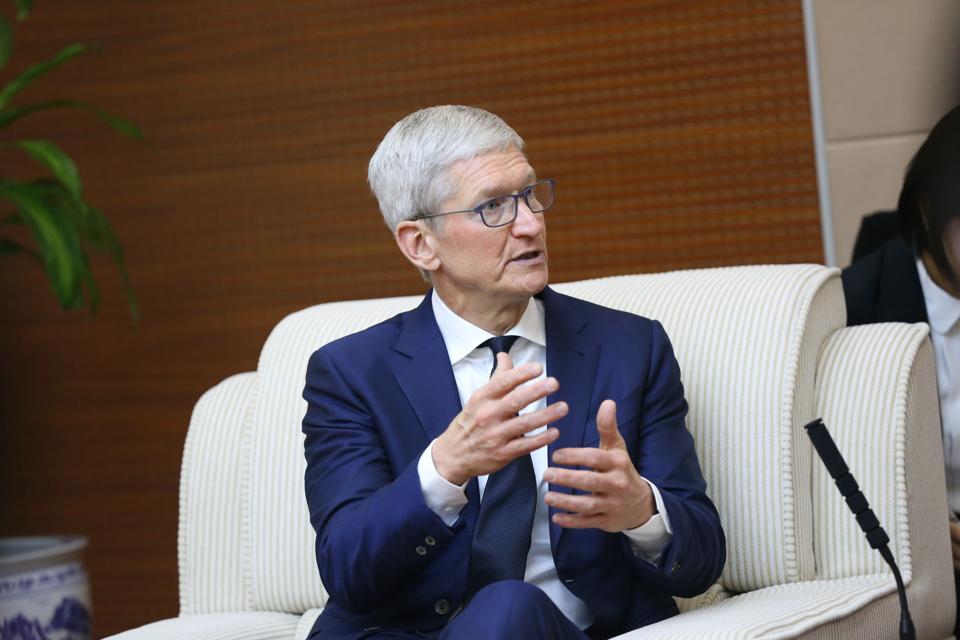 BEIJING, CHINA – OCTOBER 17: Apple CEO Tim Cook speaks as he meets with Xiao Yaqing, head of the … [+] State Administration for Market Regulation, on October 17, 2019 in Beijing, China. (Photo by VCG/VCG via Getty Images)

Let’s start with podcasting. Although Apple did not start podcasting (that would be a mix of Dave Winer and Kevin Marks), the addition of podcasting into iTunes 4.9 jump-started the movement. Since then Apple has updated its support but as a long-time podcaster myself, Apple has never given a lot of love to the podcast community. The software is weak compared to third-party offerings and updates maintain functionality but rarely add new features.

That’s not the case with Spotify, which entered the podcast playback world in 2015. Since then it has continued to capture market share, and is over ten percent of the market, with Apple’s share fell 17 percent during last year.

Not only is Apple looking at lower growth than its competitors, Spotify is a direct competitor to Apple Music’s subscription based ‘all you can listen to’ streaming service. Increased focus on podcasting would finally reward podcast listeners and creators with a stronger emotional connection to Apple, and limit Spotify’s growth.

And it’s about time that Apple ported its podcast player and catalogue over to Android. 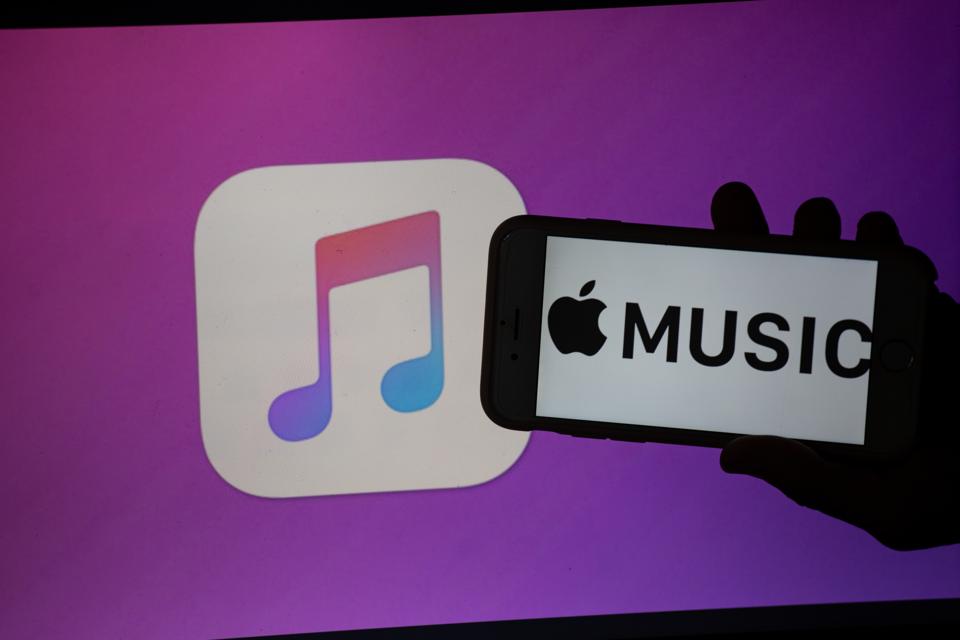 The logo of the music streaming app Apple Music is seen on a mobile screen and a laptop screen. The … [+] numbers of people using music streaming apps grow. The biggest one is the Swedish Spotify with 83 million paying users and about 100 others, that use the free version. (Photo by Alexander Pohl/NurPhoto via Getty Images)

Speaking of Android, Apple has a few isolated examples of Android Apps (Apple Music being the main one, ‘Move to IOS’ being the other) but if ‘software and services’ are going to be the way forward, then it’s time to make a full-blooded effort into the opposition’s territory. When the iPhone was the primary focus of the company, the velvet-lined garden was arguably the correct decision for its bottom line.

As Cook makes clear, that’s no longer the case. So this is the time to get on Android with everything Cupertino can manage. Music is already there, podcasting needs the love (seriously, Google’s podcast client leaves a lot to be desired as well), and with Apple TV’s growing ambitions there is a huge audience waiting to be brought into Apple’s ecosystem.

Neither should this be limited to Android. Once iTunes appeared on Windows in october 2003, the iPod was lifted from a niche product to almost universal acceptance. Windows 10 on the desktop could also be leveraged towards Apple’s own services. There are more people out there that could be using an Apple account. 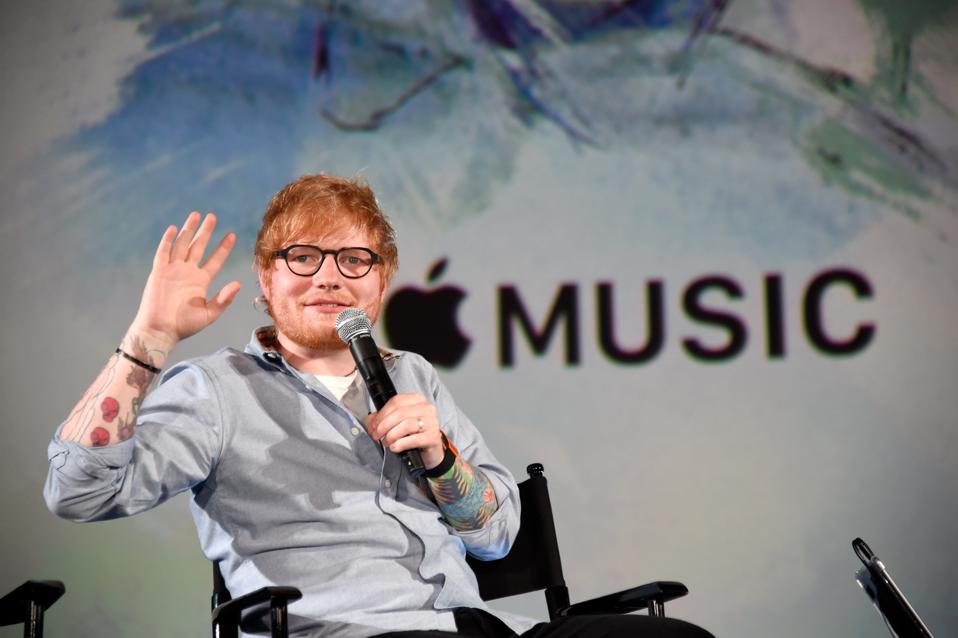 Finally there is, in my opinion, the big one. Apple Messages. Again, when the iPhone held primacy, a walled garden instant messaging system made commercial sense. Now it feels like being trapped. The smartphone world is far larger and there are options that are cross platform that are easier to use in a variety of situations, be it family groups, business teams, politicians, activists, or any other group that is not one hundred percent dedicated to Apple hardware.

BlackBerry waited to long to open up BlackBerry messenger, and by the time it did, it was no longer a prized asset. Apple’s Messages app cannot rival the likes of WhatsApp, Weibo, or Facebook Messenger for coverage or compatibility. Groups with mixed mobile operating systems are not going to choose Messages for any comms.

Opening up Messages would bring more users into the Apple ecosystem, would prevent leakage to other messaging platforms, and allow Apple to offer a universal solution. BlackBerry did not take this step until it was too late to make a difference, will Apple make the same mistake? 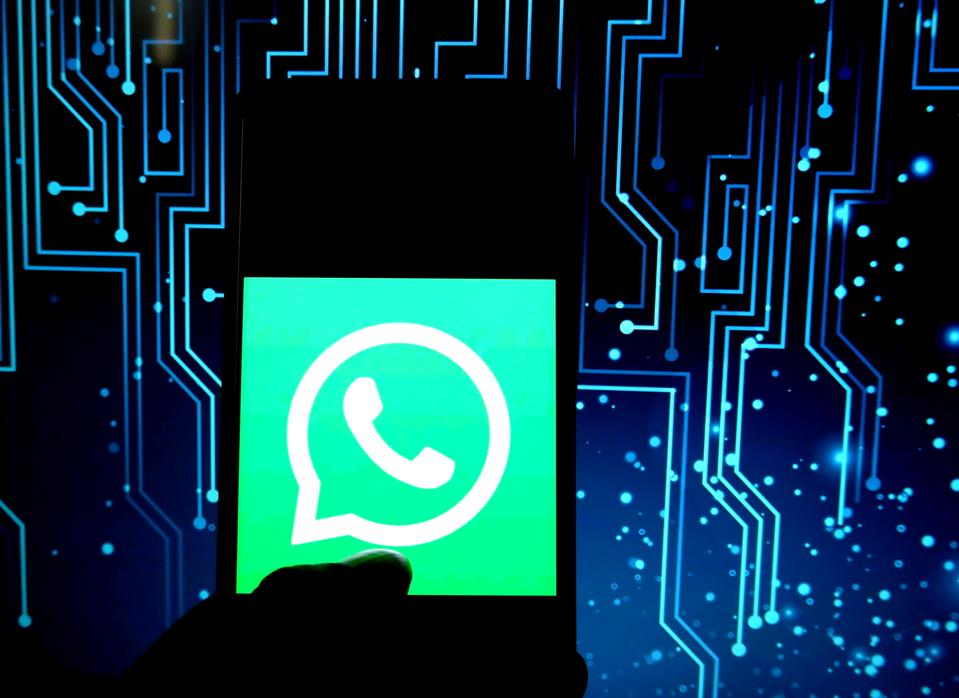 INDIA – 2019/10/15: In this photo illustration a mobile messaging application, whatsapp displayed on … [+] a smartphone. (Photo Illustration by Avishek Das/SOPA Images/LightRocket via Getty Images)

It’s a given that Apple’s software and services revenue is going to rise during 2020. The question is how much is it going to rise (and o course how much profit it is actually delivering). Tim Cook could let the machine quietly build up, or he could make some brave steps to open up Apple’s services to a much wider audience and accelerate the process he is championing.

I hope he does.