Breaking
Google Meet’s Unlimited Calling Will Continue To Be...
The Need For Speed-Is Quantum Computing A Good...
Stock Market Crash: The End Game Approaches
Best Video Conferencing Software
For These Indigenous Artists “Land Back” Is Both...
The Current Tech Stock “Bubble” Reflects Pessimism, Not...
A Look At What’s Inside House Democrats’ New...
Page Authority 2.0: An Update on Testing and...
How Public Health Experts Are Harnessing The Power...
This Husband And Wife Built A Luxury Brand,...
This Husband & Wife Built A Luxury Brand,...
Luxury Footwear Brand Chelsea Paris Re-Launches And Stays...
The 30 Upgrade Module ‘Avengers’ Farm Trick You...
50 Years After Milton Friedman, Where Does Capitalism...
House Prices To Rise Through The Recession As...
Is An Internet Service Provider Revolution On The...
Home Technology Apple’s Powerful iPhone Will Be Lost And Forgotten
Technology

Apple’s Powerful iPhone Will Be Lost And Forgotten

Early today (Monday June 8), BBC Tech reporter Zoe Kleinman asked “OK tell me what your oldest functioning gadget is“ on Twitter. My immediate thought was to go back to the early days of PDAs, and I nominated my HP 200LX and Psion Series 3a.

But what does it mean to be functional? The Psion Series 3a was an almost standalone pocket computer, (although you could buy a Travel Fax Modem running at 9600 baud), but you could connect it to your nineties desktop through a 9-pin or 25-pin serial cable.

Today, with a serial to USB convertor and the use of a terminal application that supports the YMODEM protocol, you can still pass files between your modern desktop and the Psion Organiser. Thanks to the Series 3a’s built-in support for transportable files (such as .rtf, .csv, and Postscript), you can work on files on the device, copy them over, and continue working on them. You can sideload the older apps from shareware libraries and get them running on the device… in other words whatever you could use the Psion for in 1993 you can do in 2020. 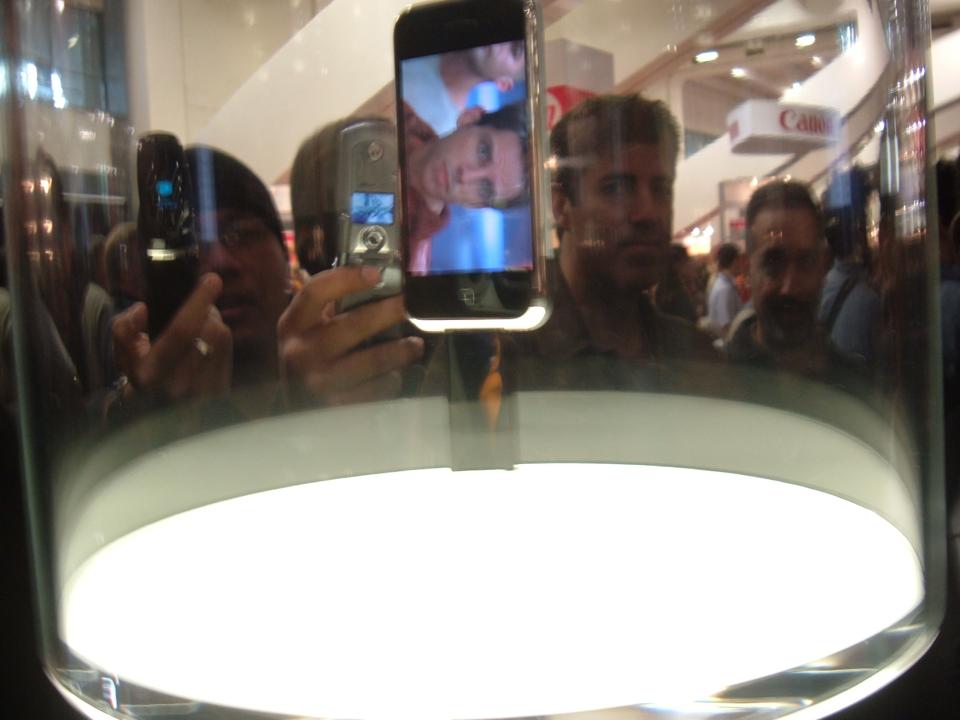 The Psion Series 3a was a groundbreaking and revolutionary device when it was launched. Nearly thirty years later it is still usable. What about today’s radical technology, such as the iPhone?

Don’t count on it being anything more than a glorified object d’art.

While Apple should be commended for offering multi-year support in terms of software and repair, Apple will also aggressively move older hardware to ‘vintage’ and ‘obsolete’ status in short order. Even though the hardware may still be functional and repairable (witness the continued versatility of the A1278 MacBook laptops between 2008 and 2012), Apple has washed its hands of the model.

You might think that jailbreaking the iPhone is the answer… but even the software to run a jailbreak on older iPhones is becoming nigh-on impossible to find now, let alone in another twenty years’ time. Look at the issues that Filip Koroy faced in using the iPhone 2G in 2018… …it’s even harder today.

Modern smartphones are disposable. Google offers support for Android for just two years (plus an extra year for security). After that the phone will be left behind. Apple may offer a longer support window for iPhones but the quiet push to the latest versions of iOS and MacOS, including the connectivity software, puts the lifespan of these devices on a very strict timer as older software is removed from circulation and digital signatures are expired..

The hardware may survive for decades, but the ability to actually use the hardware will be locked away in a corporate vault lest third-party services or industrious users try to keep their hardware alive. It’s a far cry from the open nature of older technology that allowed enthusiasts to not only keep them alive, but to see them thrive and find new uses for them in the modern world.

If the current technological darlings want to leave a true legacy of their prowess, they need to be more open with the software and hardware of technology they no longer actively sell or support. Perhaps then I can expect historic iPhones in museums to switch on and be usable in 2050

UFC 250 Medical Suspensions: Multiple Fighters Including Amanda Nunes Out Up To 6 Months