Breaking
ESBC Major Updates: Tons Of Heavyweight Greats Added...
How to Run Nonprofit Marketing Ads
Entrepreneurs Are Bringing Transparency To Home Buying And...
Best Incentive To Get Vaccinated: Money, Messaging, Or...
Page Level Query Analysis at Scale with Google...
How A CIO Can Align IT With Business...
Blogger of the Month: Jo, Girl Eats World
6 Things Women In Business Know That Men...
How to Use First-Party Data for Ad Personalization
Pressing Reset—Putting A Fallen Unicorn Back On Its...
How We Went Viral: Promoting Content with Influencers,...
Blame Olympic Record Price Tag For Return To...
Apple iOS 14.5 Release: Should You Upgrade?
How to Come up with Podcast Topics and...
Why Gaming Gear Company Razer Launched A $50...
Technical SEO Implementations to Increase the Impact of...
Home Technology Apple’s Secret Tricks To Profit From Your iPhone
Technology

Apple look set to make another invisible cost saving in the upcoming iPhone handsets with news of a plan to remove the EarPods from the iPhone 12’s retail packaging.

This isn’t the first time that Apple has turned to the accessories in the iPhone box in a bid to reduce costs, and it won’t be the last. First up though, the removal of the EarPods, which will bring a natural cost saving to the bill of materials in the box. Benjamin Mayo reports:

“Apple has included earbud headphones since the first iPhone (the first model also included other accessories in the box like a charging dock). The wired EarPods were introduced in 2012 alongside the iPhone 5, and Apple switched from 3.5mm to Lightning EarPods starting with the headphone-jack less iPhone 7. So, if true, this would be the first time that Apple does not include any headphones for free with an iPhone purchase.”

There is of course a second advantage to removing the EarPods. You can boost the sales of the AirPods.

I’m not sure that this will be specifically called out on stage during the iPhone 12 launch, but there will no doubt be some messaging elsewhere that many iPhone users already have the perfect audio companion for the iPhone in the AirPods. For those who don’t have a set then Apple has just increased the ARPU of that user when they buy their first AirPods. 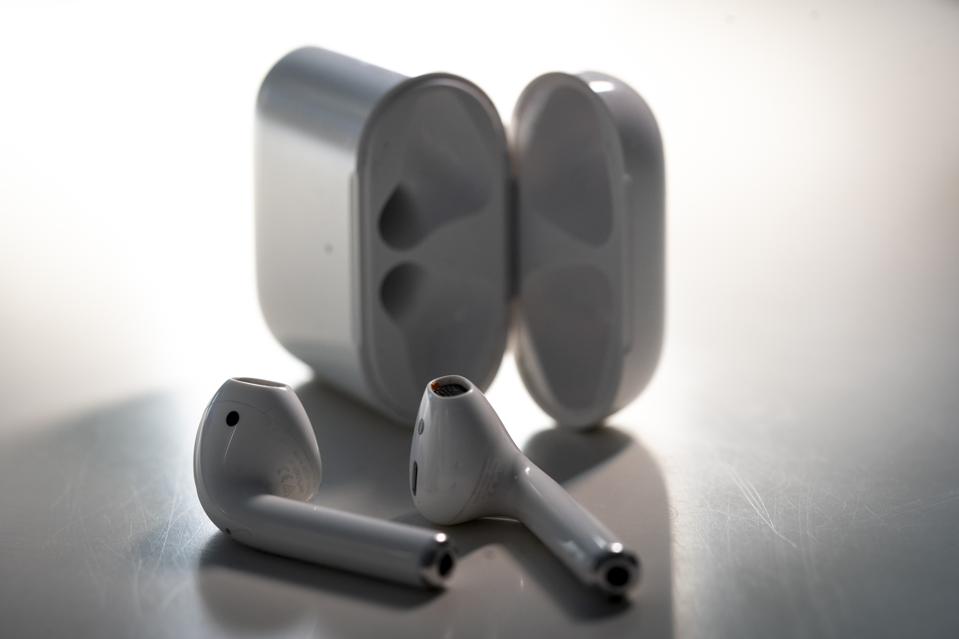 Apple Airpods are seen with their charging case in Warsaw, Poland on March 31, 2020. (Photo by Jaap … [+] Arriens/NurPhoto via Getty Images)

This isn’t the first time that the EarBuds have been targeted for cost savings. When Apple removed the 3.5 mm headphone jack from the iPhone, those looking for a cabled solution found the audio signal routed through the lightning port, and the EarBuds in the box came with the new connector. For everyone else with their favourite headphones, you had a lightning to 3.5mm adaptor in the box. That adaptor did not last long in the box, one it was safe to remove (from a marketing point of view) out it came. You can still buy the adaptor if you need it, but that extra cost is no longer part of the iPhone’s sticker price.

The EarPods originally came with a protective case. When you removed your EarPods and needed to carry them, you could use the plastic case that came in the packaging. Not only did it protect the cable and the buds, it also reinforced the notion that Apple was thinking about the practicalities of mobile life.

The EarBuds in the latest iPhone boxes are wrapped around a cardboard core. It still looks smart enough in the box, but it makes no sense to carry this out and about to protect your EarBuds. Today it’s a case of stuff them in your pocket and hope for the best. And when they break, because of the lightning connector you are going to go back to an Apple (or Apple approved) product to buy a replacement.

That might be a tiny saving on a per unit basis, but when you are selling millions of devices the material and manufacturing costs will add up. Take the SIM ejector tool. In the current iPhone 11 family you have a single piece of liquid metal in a full loop with the pin at the end. The iPhone SE? It’s a shaped piece of wire that does not complete itself into a loop. The functionality is the same for a mostly one-time operation but it’s a little less durable, a little less impressive, and one more little indication of cost cutting impacting on the user experience.

Next up in Apple’s drive to keep the cost down is the charger. Let’s return to the iPhone SE comes with the aforementioned EarBuds (wrapped around a cardboard carrier) and the expected wall charger To get the most out of charging the iPhone SE you need a fast charger. The smartphone will handle an 18W charger, but guess what is in the box?

A 5W charger. Yes it gets the job done but it is slow, and not especially efficient at topping up small amounts of charge during the day. With a battery of just 1821 mAh, the iPhone SE is going to need a top up during the day, and that 5W charger is going to leave you tied to a plug for a long time.

Or you could spend $30 to buy the charger that many believe should have been in the box in the first place.

There’s also discussion on Apple removing the charger from the package of its ‘port-free’ iPhone planned for 2021. That unit is expected to rely on wireless charging, and the required charging pad will need to be purchased separately, a radical approach to cost cutting on what is expected to be nearer a ‘concept phone’ than a ‘flagship for everyday use’. 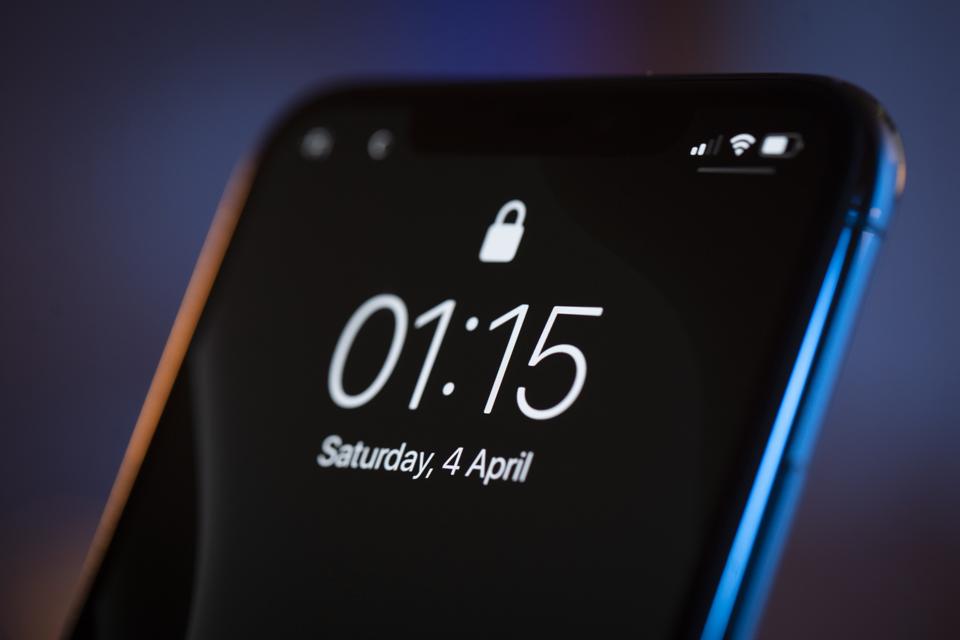 The lock screen is seen on an iPhone 11 Pro Max in this illustration photo in Warsaw, Poland on … [+] April 4, 2020. (Photo Illustration by Jaap Arriens/NurPhoto via Getty Images)

Apple was also built on prestige, on doing things differently, on creating a wonderful experience for its customers. As the costs are cut in the packaging, the iPhone is driven closer and closer to being just another phone.

Yet through thick and thin, Apple still puts some stickers in the box. Presumably that’s enough to placate the geekerati.

Mark Cuban’s Offer To Women And Minority-Owned Businesses: Let’s Get That Money