Breaking
A Guide to Using Celebrities to Promote Your...
The Impact of Internships in Marketing
3 use cases of chatbots for critical services
How To Make Working From Home Appeal To...
Tips on How to Design an Office Space...
4 Tips To Help Build Amazing Customer Relationships
How Are US Pension Funds Responding to the...
Benefits of second-hand cars for your business
4 Reasons Why Your App Needs To Undergo...
Your Guide to Online Marketing
How to find a Solicitor in London
5 car tyre and safety tips for a...
Everything You Need to Know About Corporate Social...
Is Adaptive Leadership the Key to Motivating Employees?
Why business events are set to return with...
Business events set to return with a bang!
Home Technology Apple’s Stunning New iPhone Leaves The Android Competition Behind
Technology

Apple is not the only smartphone manufacturer dealing with the impact of Covid-19, with a delay to iPhone 12 sales now confirmed. Unlike others, Tim Cook and his team have managed to increase iPhone sales while the market has dropped.

What has saved Apple from the same fate as the competition? The iPhone SE. 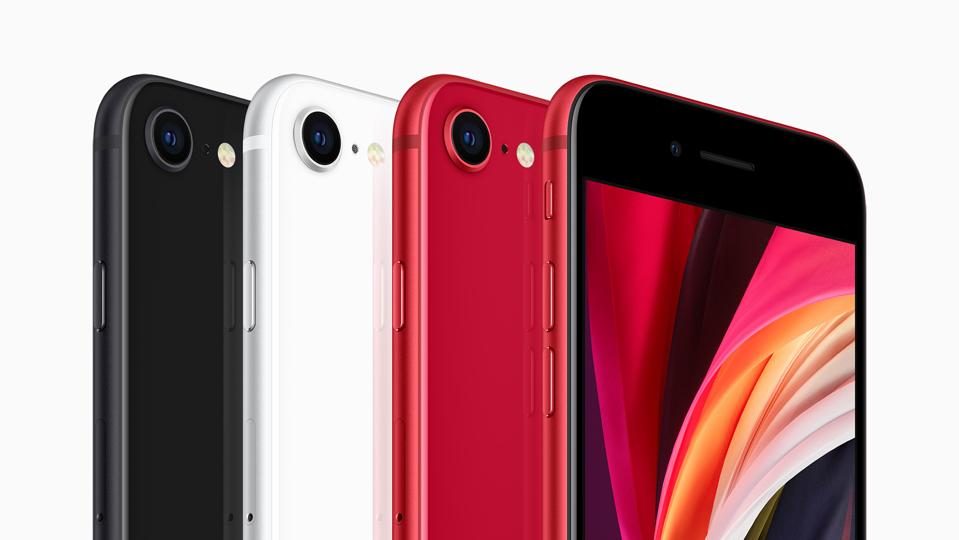 Aug 4 update: Yesterday saw the launch of Google’s Pixel 4a, a mid-range Android-powered smartphone that is clearly going to be compared to the iPhone SE. Ankit Banerjee has done just that, as he examines the two handsets over various categories to try and decide “which is better”, including the choice and power of the processors:

“Keeping [the iPhone SE running] is the same powerhouse processor found with Apple’s flagships and goes head-to-head with the Snapdragon 865. Apple’s excellent RAM management ensures then even the 3GB of RAM you get is more than enough to keep things chugging along smoothly, and you certainly won’t get any performance complaints here.

“On the other hand, Google keeps the price of the Pixel 4a low by opting for the decidedly mid-range Snapdragon 730G. The 6GB of RAM on-board and an excellent software experience backs the processor up really well though, and we found no hiccups or noticeable issues with everyday performance.”

You can read the full comparisons over on Android Authority, and if you want my opinions on the Pixel 4a, you can read my initial review here on Forbes.

First of all, the iPhone SE has been very well received by the target market. Not everyone wants a massive phone with screens approaching seven inches, features that push prices into the $900-$100 range, and technology that squeezes the life out of every pixel. For many a pocketable phone that covers the basics of social media, web browsing, email, and instant messaging is enough. That’s where the iPhone SE excels.

Apple put a lot of emphasis on the use of the A13 Bionic processor, the same A13 that could be found in the iPhone 11 range. This wasn’t a cut down A13, or a processor that was a generation or two back that would presumably be cheaper, it was current. While other specs are trimmed (for example it has a single lens camera, it sports just 3 GB of RAM, and there is no Face ID), Apple brought its smartphone vision to market at $399 without significantly impacting on the user experience.

Apple should be pleased with its current iPhone sales. Although the 1.6 percent increase increase in sales is dwarfed by sales of the Mac (up 21 percent) and the iPad (up 31 percent), the trend of smartphone sales during this quarter has been downwards. Canalys is reporting a 14 percent drop across the board. Canalys also suggests that nearly 1 in 4 of iPhones sold were iPhone SE models:

“Apple defied expectations in Q2. Its new iPhone SE was critical in the quarter, accounting for around 28% of its global volume, while iPhone 11 remained a strong best-seller at nearly 40%. iPhone SE will remain crucial to prop up volume this year, amid delays to Apple’s next flagship release.”

Strip out the iPhone SE numbers and Apple’s sales could well have suffered the same fate as other manufacturers, even if some of those SE sales would have transferred to the more expensive iPhone 11 family.

Finally for now, the iPhone SE has first mover advantage in a crowded market. The SE design may go all the way back to 2014’s iPhone 6, it may not have the looks of the iPhone 11 family, and a larger battery would have been welcome; but the iPhone SE has disrupted the mid-range market.

A look around the launches happening in the third calendar quarter show the majority of manufacturers launching mid-range handsets (such as the OnePlus Nord and the Pixel 4a). Previously there was no new iOS handset to be measured against. Now you have the iPhone SE, and it’s an incredibly capable competitor

The iPhone SE is Apple’s cheapest new iPhone, yet it doesn’t feel hampered by the lower price point. It has sold well and contributed significantly to Apple’s bottom line. And it has set the bar for the Android-powered competition to try and match. It is one of Apple’s quietest success stories of 2020.

The irony of the iPhone SE protecting Apple’s bottom line during the coronavirus pandemic? It was launched virtually during the first lockdown.

Three questions your business must answer.