Are The Houston Rockets Considering Trading Away Russell Westbrook Already? 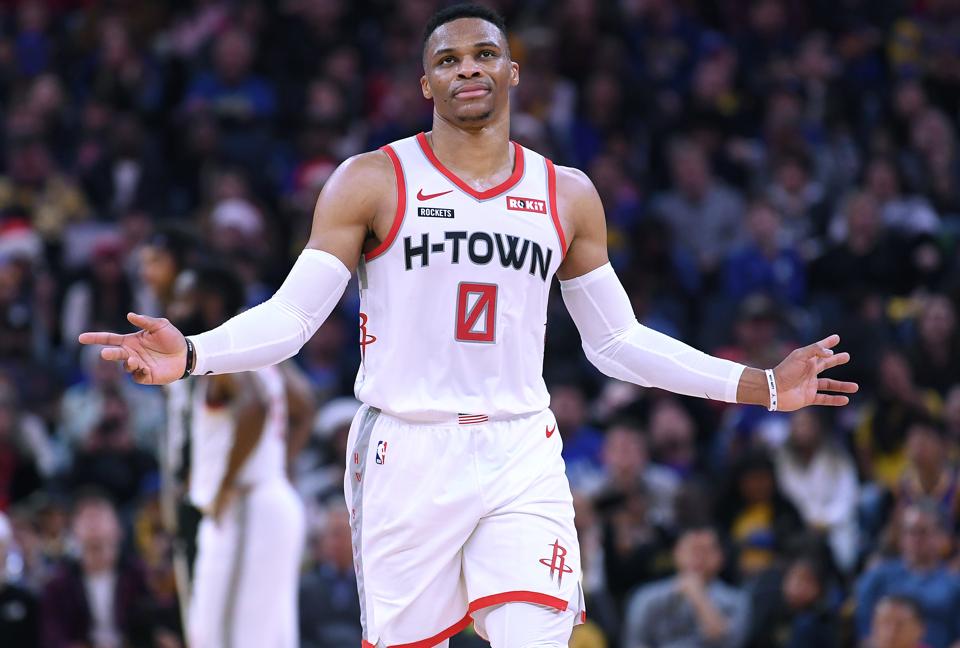 SAN FRANCISCO, CALIFORNIA – DECEMBER 25: Russell Westbrook #0 of the Houston Rockets reacts after he … [+] was called for a foul against the Golden State Warriors during the first half of an NBA basketball game at Chase Center on December 25, 2019 in San Francisco, California. NOTE TO USER: User expressly acknowledges and agrees that, by downloading and or using this photograph, User is consenting to the terms and conditions of the Getty Images License Agreement. (Photo by Thearon W. Henderson/Getty Images)

Back in July, in one of the most shocking and exciting trades of the offseason, the Rockets dealt Chris Paul and a gaggle of draft picks to OKC in exchange for former MVP Russell Westbrook.

It was a fascinating roll of the dice by GM Daryl Morey.

James Harden and Westbrook have won two of the last three MVP’s. It’s just the fourth time a duo has played together after both players won an MVP award within the previous three seasons. In addition, Westbrook and Harden have both finished top-10 in MVP voting in each of the past five seasons, and they entered the 2019-20 campaign alongside LeBron James as the only players to have averaged at least 25.0 points, eight assists and six rebounds per game over the past five seasons. Lastly, via Rockets PR, Westbrook and Harden are two of the five players in NBA history to have led the league in scoring and assists at least once during their careers. The other three Tiny Archibald, Jerry West, Oscar Robertson.

Yet, less than 40 games into the grand experiment, rumors are swirling that Houston is considering moving on from Russell already. On his podcast this past Thursday, Ryen Russillo of The Ringer, stated that he believes Morey is open to shopping Westbrook.

“Is Daryl Morey actively calling people, saying, ‘Hey, I’ve got to dump Westbrook?’ Well, of course, he wouldn’t do it that way,” said Russillo. “But there are people who believe Westbrook is available and that Daryl knows, ‘I’ve got to figure something out here.’ I think Westbrook is available. We can talk about semantics. Of course, Daryl Morey would trade anyone if he thought it made his team better. Of course, he would trade Westbrook if he could get off of that long-term money if he thought the assets, the sum of the parts was better than having somebody that’s considered a top-10 player.”

It’s also crucial to note that Westbrook is earning $38.5 million this season and a whopping $132.7 million over the next three years. 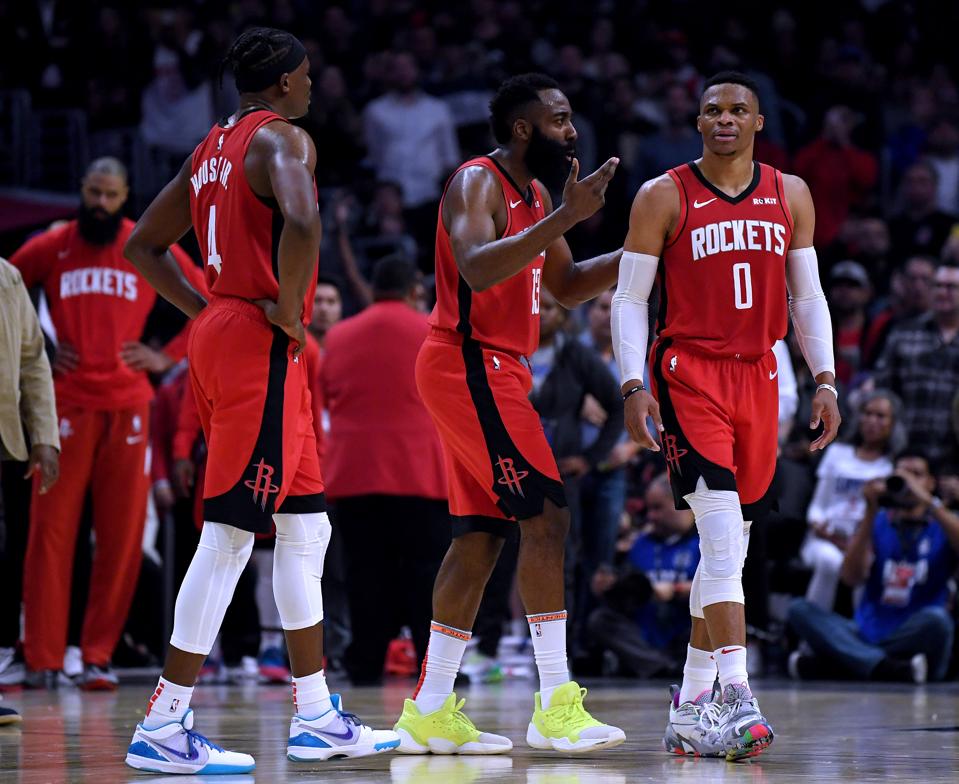 LOS ANGELES, CALIFORNIA – DECEMBER 19: Russell Westbrook #0 of the Houston Rockets is restrained by … [+] James Harden #13 with Danuel House Jr. #4 during a 122-117 Rockets win over the LA Clippers at Staples Center on December 19, 2019 in Los Angeles, California. NOTE TO USER: User expressly acknowledges and agrees that, by downloading and or using this photograph, User is consenting to the terms and conditions of the Getty Images License Agreement. (Photo by Harry How/Getty Images)

Furthermore, Westbrook has already celebrated his 31st birthday. He’s been a player that has relied on his athleticism throughout his career. His ability to blow by defenders and violently explode toward the basket has been vital to his success. As he ages, and that unmatched athleticism begins to fade, it’s hard to envision him transitioning successfully to the next stage of his career.

Never an efficient scorer, Westbrook’s numbers have been trending in the wrong direction in recent years. Last season, he shot 42.8% from the floor, only 29% from 3-point territory, and a career-worst 65.6% from the free-throw line. Per Basketball-Reference, he became just the fourth player in NBA history to attempt more than 20 shots per game and yet post an eFG% below 47%.

This season, he’s shooting 42.6% from the floor and a putrid 23.8% from downtown. He’s on pace to become the first player ever to attempt more than five 3-pointers a night, yet convert less than 25% of those attempts.

Thus, considering Daryl Morey’s well-known willingness to wheel-and-deal, it’s certainly not a stretch to assume he’d happily part with Westbrook at the right price. However, the Rockets are “all-in” this season, so it’s not as if they want to dump Russ solely to clear his salary off their books. And they absolutely wouldn’t be willing to attach future assets to do so. So, the question now is what would another team be willing to part with to construct a deal that benefits both parties.