Breaking
OpenSooq, The Best Website to Buy Used Cars...
Hot Tips to Reduce MacBook Pro Fan Noise
How to Make the Most Out of Your...
7 Examples Of Using AI For SEO
Why you Should Always Try the Demo Slots...
How to Launch a New Restaurant Business
Start the Year Debt Free
How to clear a browser cache on a...
Which are the best software providers of slots...
How Investing Can Help You Save For Retirement
Top progressive betting strategies for slot machines
Key Software Tests to Conduct Before Product Launch
Why so many people play slots online in...
Why businesses should prioritise Cyber Security
What You And Your RTO Business Need To...
4 SEO Trends for Websites You Should Not...
Home General Are There ‘Eyeless Creatures’ On Enceladus? Why We Need To Probe The Dark Ocean Of Saturn’s ‘Snowball’ Moon
General

Are There ‘Eyeless Creatures’ On Enceladus? Why We Need To Probe The Dark Ocean Of Saturn’s ‘Snowball’ Moon 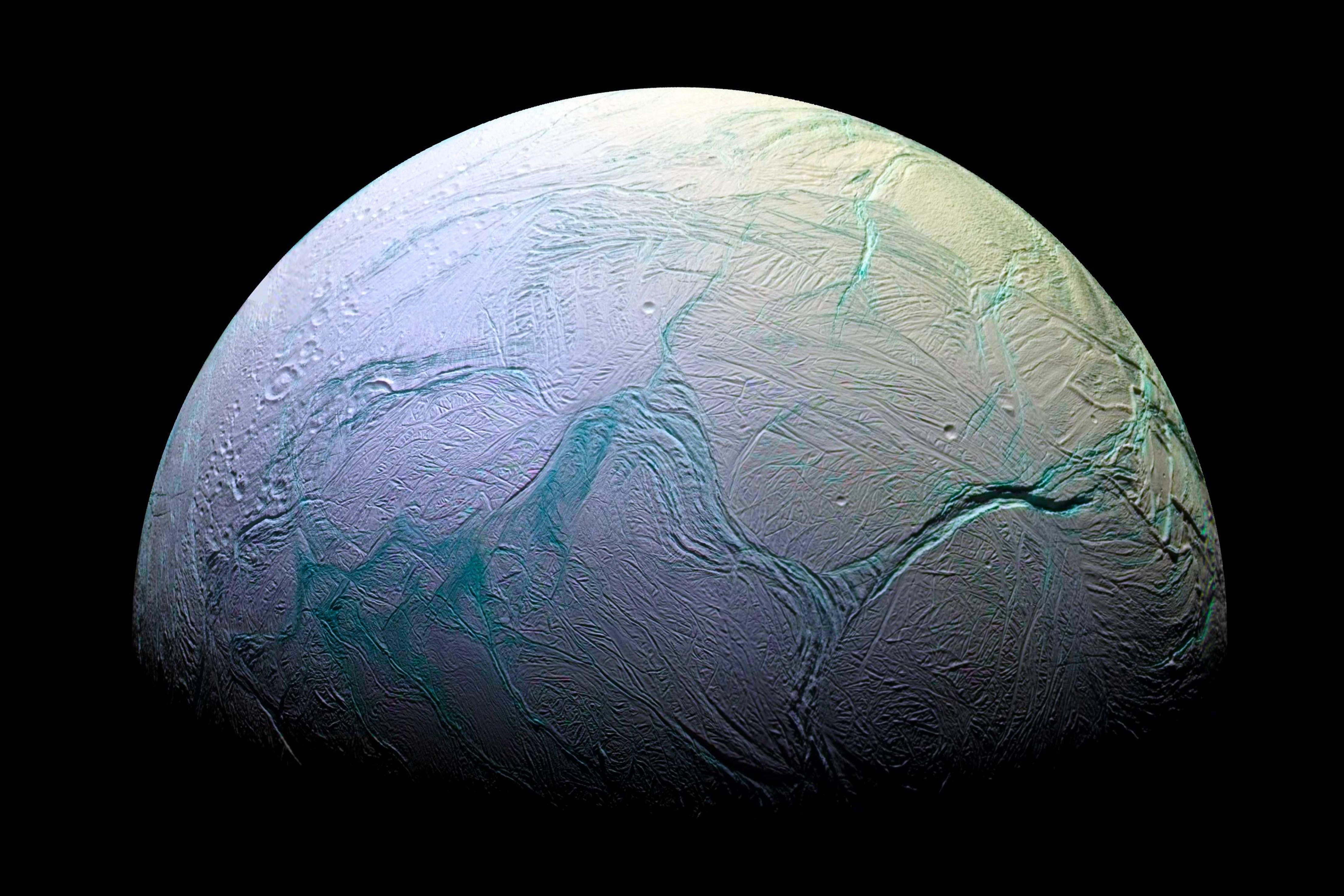 The search for life elsewhere in the Solar System and beyond is the search for microbial life. After all, micro-organisms and “extremophiles” can exist in extreme environments and have reigned on Earth for much of its history.

The sixth-largest moon of Saturn, this very bright, icy moon contains everything that astrobiologists consider is critical for life as we know it to exist—water, organic compounds and energy.

Under its pock-marked, cratered and rippled ice shell, Enceladus has an ocean and many of the ingredients to support Earth-like life. Some even speculate that its dark subterranean ocean could be home to “eyeless creatures” that rely only on sound to navigate.

Does Enceladus offer one of the best chances of finding extraterrestrial life beyond Earth?

Here’s everything you need to know about Saturns “snowball” moon Enceladus:

What are where is Enceladus?

About 870 million miles/1,400 million kilometres from the Sun

Enceladus is an icy moon of Saturn—one of its 82 moons and its sixth-largest that hides a liquid ocean in its interior. It’s 310 miles/500 kilometers in diameter.

There are some strange things happening at Enceladus. Geysers spray some of its ocean into space—a possible source for Saturn’s E-ring—that NASA spacecraft have confirmed contain some of the ingredients that could support life.

However, life needs energy—and Enceladus is also geologically active. Its rocky core provides energy to that ocean largely because of the tug of Saturn’s gravity.

Warm and salty, the Enceladean ocean is getting astrobiologists excited.

How could Enceladus possibly host life?

Enceladus has water, organics and energy sources—the three ingredients for living organisms. NASA’s now-dead probe Cassini found traces of salt and sand, suggesting the ocean was in contact with the moon’s rocky core, as well as formaldehyde and acetylene.

Then in 2017, Cassini detected molecular hydrogen as it flew through plumes from the Enceladean ocean that leaks into space through cracks in its ice-shell near the moon’s south pole. Abiotic microbes that exist around hydrothermal vents on the ocean floor on Earth feed-off hydrogen and carbon dioxide. Enceladus has carbon, hydrogen, nitrogen and oxygen.

Could there be hydrothermal vents on Enceladus’s seafloor? Either way, Enceladus has chemistry that could support simple microbial life.

It’s a very dark saltwater ocean. It covers the entire moon, but it’s shielded all the way around by a roughly 13 miles/20km thick ice cap, though half that at the poles. The ocean is about 25 miles/40km deep—according to NASA’s Cassini probe—which is vastly deeper than Earth’s ocean. “The pressure and temperature differences between the Enceladus ocean floor and the ice cap above must be tremendous,” writes astrobiologist Dr. Arik Kershenbaum in The Zoologist’s Guide to the Galaxy. “It seems unlikely that organisms traverse that whole range.”

A new paper published this month claims that the saltiness of the ocean is critical for how quickly water from the rocky seafloor and close to the ice-cap mix. It suggests that mixing either takes hundreds of years, or the Enceladean ocean is much saltier than previously thought.

How could an underground ocean support life?

An underground ocean receives no sunlight, so how could it possibly support life? Life doesn’t necessarily need light, it needs energy. “There is energy aplenty, partly from the radioactive decay of elements in the moon’s core, but also from the friction of the tides—the huge force of the gravity from Saturn pulling the rock and water backwards and forwards,” writes Kershenbaum.

He thinks that any life on Enceladus likely exists in three places:

What could life be like in the Enceladean underground ocean?

He describes the ecosystem of the Enceladean ocean as being akin to the ocean floor on Earth only upside down—much like the simple life found on the undersides of icebergs.

In such a scenario any creatures are likely to exist where the ocean meets the ice, suggests Kershenbaum, possibly burrowing up into the ice for protection. “On a dark, subterranean world, perhaps like the underground oceans of Enceladus, vision may be totally absent, and eyeless creatures could evolve a perfectly competent and rich communication using sound alone,” writes Kershenbaum.

Could there be surprises on Enceladus?

A paper published recently suggests that a varied “metabolic menu” could support a potentially diverse microbial community. Using data from NASA’s Cassini spacecraft, scientists at the Southwest Research Institute (SwRI) modeled chemical processes in the subsurface ocean and found that oxidants other than carbon dioxide—if present—could be potential feed for microbes.

“Now that we’ve identified potential food sources for microbes, the next question to ask is ‘what is the nature of the complex organics that are coming out of the ocean?’” said SwRI Program Director Dr. Hunter Waite, a coauthor of the new paper. “This new paper is another step in understanding how a small moon can sustain life in ways that completely exceed our expectations.”

Are there any missions planned to explore Enceladus?

“A future spacecraft could fly through the plume of Enceladus to test this paper’s predictions on the abundances of oxidized compounds in the ocean,” said Dr. Christopherm Glein, a SwRI Senior Research Scientist. “We must be cautious, but I find it exhilarating to ponder whether there might be strange forms of life that take advantage of these sources of energy that appear to be fundamental to the workings of Enceladus.”

Could this frigid moon “just” 870 million miles away be our best chance of finding extraterrestrial life in the Solar System?