Breaking
‘Remnant: From The Ashes’ Is Cheaper Than Ever...
Top Stocks To Buy Today As Markets Rise...
How To Sell Artisanal Ice Cream In The...
Making America’s Trumps Pay Their Fair Share
Fortnite Season 4, Week 9 Challenges Revealed And...
Yesterday You Were Just A Business; Today You...
Should Your Company Help Get Out The Vote?...
Hyperautomation And What It Means For Your Business
The Role Of The Indie Agency In Our...
Parker-Hannifin Crosses Pre-Covid Peak But Investors Set To...
6 Reasons Your Cold Messaging Efforts Fail And...
4 Analytics Categories To Track To Improve Your...
Predictions 2021: Cloud Computing Powers Pandemic Recovery
This Is Why You Need A Strategy In...
Economic Research Exposes Significant Flaws In DOL H-1B...
How Breast Cancer Turned This Entrepreneur Into A...
Home Business Are These Tech Companies Complicit In Human Rights Abuses Of Child Cobalt Miners In Congo?
Business

Are These Tech Companies Complicit In Human Rights Abuses Of Child Cobalt Miners In Congo?

In late 2019, some of world’s largest tech companies, including Apple, Alphabet (which isthe parent company of Google LLC), Microsoft, Dell and Tesla (the Defendants), were named in a lawsuit brought in Washington DC court by 13 Congolese families (the Claimants). The lawsuit alleges that their children were killed or injured while mining for cobalt in the Democratic Republic of the Congo (DRC). Cobalt is a key component of rechargeable lithium-ion batteries, of the type used in electronic devices manufactured by these five companies. 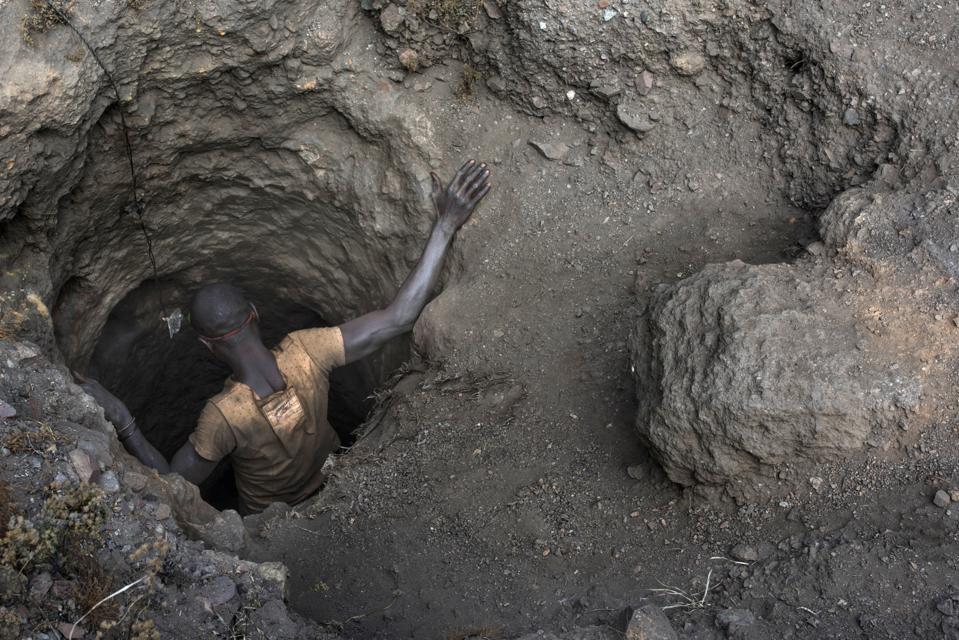 A creuseur descends into a copper and cobalt mine in Kawama, Democratic Republic of Congo on June 8, … [+] 2016. Working conditions are dangerous, often with no safety equipment or structural support for the tunnels. (Photo credit: Michael Robinson Chavez/The Washington Post via Getty Images)

The lawsuit alleges that “the young children mining Defendants’ cobalt are not merely being forced to work full-time, extremely dangerous mining jobs at the expense their educations and futures; they are being regularly maimed and killed by tunnel collapses and other known hazards common to cobalt mining in the DRC.” Apple, Alphabet, Microsoft, Dell and Tesla are alleged to have been aiding and abetting the deaths and serious injuries of the Claimant’s children working in cobalt mines in the supply chain of the tech corporations.

The lawsuit alleges that the companies “are knowingly benefiting from and providing substantial support to this ‘artisanal’ mining system in the DRC. Defendants know and have known for a significant period of time the reality that DRC’s cobalt mining sector is dependent upon children, with males performing the most hazardous work in the primitive cobalt mines, including tunnel digging. These boys are working under stone age conditions for paltry wages and at immense personal risk to provide cobalt that is essential to the so-called ‘high tech’ sector, dominated by Defendants and other companies.”

The families are seeking compensation for, among others, forced labor, unjust enrichment, negligent supervision, intentional infliction of emotional distress, wages promised but not paid, and “the loss of assets and of educational and business opportunities as a result of Defendants’ illegal conduct”, “damages for the mental anguish and pain and suffering Plaintiffs experienced as a result of being forced to labor against their will in horrific conditions and subjecting them to serious injuries and death.” The lawsuit further seeks an order for the tech companies to create a fund to ensure appropriate medical care for all those children who were injured while mining cobalt for the tech companies and to clean up the environmental impact of mining cobalt in DRC by the Defendants.

This is a landmark lawsuit as, until now, no tech company has faced a lawsuit of this kind, even though cobalt extraction has been linked to human rights abuses for several years.

To address the issue, in her 2018 article, Kara proposed that “any company sourcing cobalt from DRC must establish an independent, third-party system of verification that all mineral supply chains are cleansed of exploitation, cruelty, slavery, and child labor. They must invest whatever is needed to ensure the decent pay, safe and dignified working conditions, healthcare, education and general wellbeing of the people whose cheap labor they rely on.” It is clear that this has not been done yet and is unlikely to happen.

Tech companies, like these identified in the lawsuit, have a responsibility to respect human rights wherever they operate in the world, in accordance to the UN Guiding Principles on Business and Human Rights (UNGPs). This corporate responsibility exists even if the state (where the companies operate) does not fulfill its duty to adhere to human rights obligations. Apple, Alphabet, Microsoft, Dell and Tesla must step up their efforts to ensure that their supply chain due diligence is conducted and publicize it to ensure transparency of the process. They must ensure that if human rights abuses are identified, such abuses are stopped, and remedial actions are taken as a matter of urgency. The human rights project will not work if big corporations look the other way when human rights abuses are reported.