Home Business Are We Doomed To Endlessly Repeat The Oscars Debate?
Business

Are We Doomed To Endlessly Repeat The Oscars Debate? 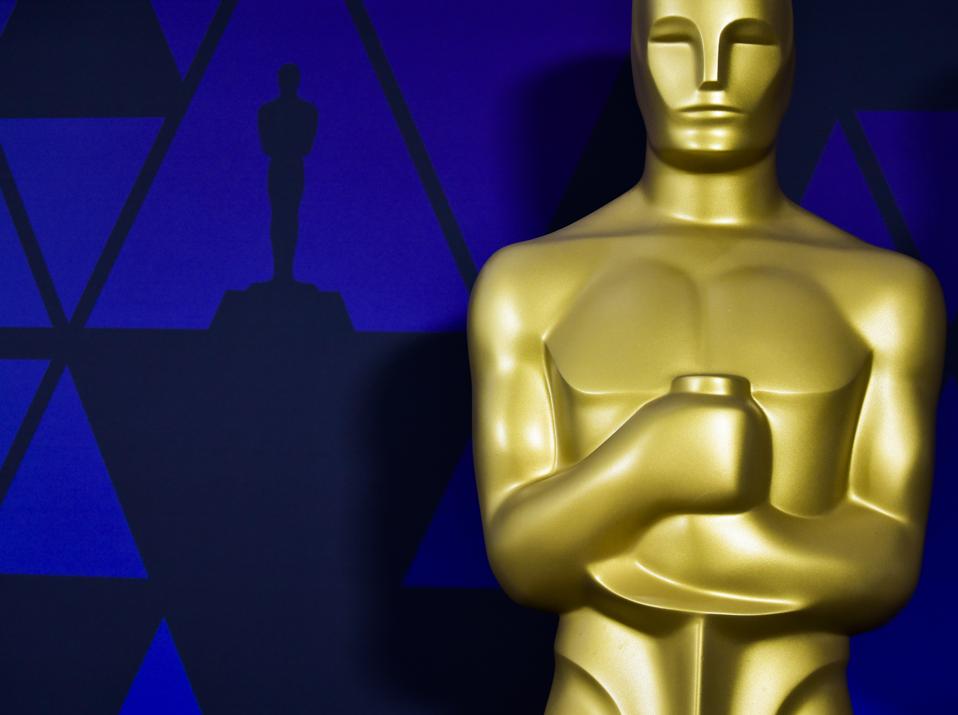 Oscar Statue at the Academy of Motion Picture Arts and Sciences. (Photo by Rodin Eckenroth/Getty … [+] Images)

The discourse surrounding the Oscars has become as dull and repetitive as the ceremony itself; the Oscar nominees aren’t diverse enough, and the Academy ignored several fantastic, unique movies in favor of familiar territory.

We’re doomed to repeat this conversation because it’s always true. The Oscar nominees are decided by the members of the Academy, industry insiders with no greater authority on the quality and value of film than some random movie buff.

The Academy seems to absolutely adore films that portray L.A. as a sun-kissed utopia (like Once Upon a Time in Hollywood), melodramatic tear-jerkers, harrowing Holocaust dramas, and preachy white savior stories about how racism is bad, actually. Hell, these people genuinely believed that Green Book was the greatest film of 2018.

And from the looks of it, they seem to think that Joker was one of the best films of last year. Which is pretty astonishing, considering what a great year 2019 was for movies. Don’t get me wrong, I enjoyed Joker, but did it really deserve eleven nominations? While Us, Midsommar, Ad Astra, Dolemite Is My Name, The Last Black Man in San Francisco and Uncut Gems didn’t get a single acknowledgment? There are several other films that were snubbed, and obviously, it’s all relative, but … Joker?

It seems strange that a Martin Scorsese tribute with a comic book label carelessly slapped on the title is being showered with praise; Joaquin Phoenix single-handedly carried that film, and without his spectacular performance, there isn’t much left to think about.

I loved the anti-austerity message of Joker, but the film was too timid to really double down on it. This wasn’t a Ken Loach-esque take on systemic poverty, but a movie about a sad clown, whose message was so vague that it successfully sparked an increasingly ridiculous debate that had little to do with the film itself.

It almost feels as though the Academy is rebelliously responding to the bizarre backlash the film received, the hysterical accusations that Joker was going to inspire a wave of incel terrorism, or was “overly sympathetic” to its protagonist (are audiences only allowed to empathize with virtuous characters?).

But the conversation around the Oscars isn’t really about movies, it’s about the ebb and flow of pop culture, and how Hollywood can wield its enormous influence for the better. Those self-congratulatory statuettes can be used to draw attention to stories, and storytellers, that tend to be tragically overlooked, despite having something interesting to say.

The Academy, however, doesn’t seem particularly interested in diversifying the field, in any sense of the word. We all know “Oscar Bait” when we see it, because the Academy’s favorites are so formulaic.

But perhaps we shouldn’t expect an institution responsible for rewarding itself to prioritize change, to rock the boat, to shatter its own hierarchy. Why would it do that? That isn’t how institutions function.

But the gloss of Hollywood is starting to wear thin; the gleeful reaction to Ricky Gervais’ Golden Globes monologue shows that the public doesn’t think much of an industry that allowed Harvey Weinstein (and others) to thrive for so many years, one that often comes across as hypocritical, and seems stubbornly resistant to change.

Not to mention, the Oscar ratings aren’t looking particularly healthy; if the Academy has any instinct of self-preservation, it might want to start understanding the most common criticisms thrown at it, and figure out a workable solution.

Ideally, the yearly Oscars debate should revolve around the chosen movies, rather than the snubs; the discourse is beginning to feel stale.

LearnBiomimicry – The Online Course To Work On...

How ‘Space Lasers’ Will Bring The Solar System...

Coronavirus And The Remaking Of Global Supply Chains