Breaking
Looking To Improve Efficiency In Your Business? Here’s...
AI and machine learning for business
How Social Media Changed the World
Shopify: The Pros and Cons
Should your business go green?
Expanding Your Business Into Spain: What You Need...
Essentials For Your Office Coming Out Of COVID-19
What Can Marketers Learn From Digital Cults?
Why NASA’s James Webb Space Telescope Will Never...
Increasing HR Effectivity and Efficiency through Software Solutions
The Difference Between Building A Startup In Bull...
Fluor Corp Ranked Among Today’s Top Shorts
Common Pitfalls to Look Out for When Buying...
Will the Olympics go ahead this year?
Pack Up the Big Top: Insights from MozCon...
Best WordPress Themes for Blogs
Home Technology Are Women And Men Being Treated The Same In The Workplace
Technology

Are Women And Men Being Treated The Same In The Workplace 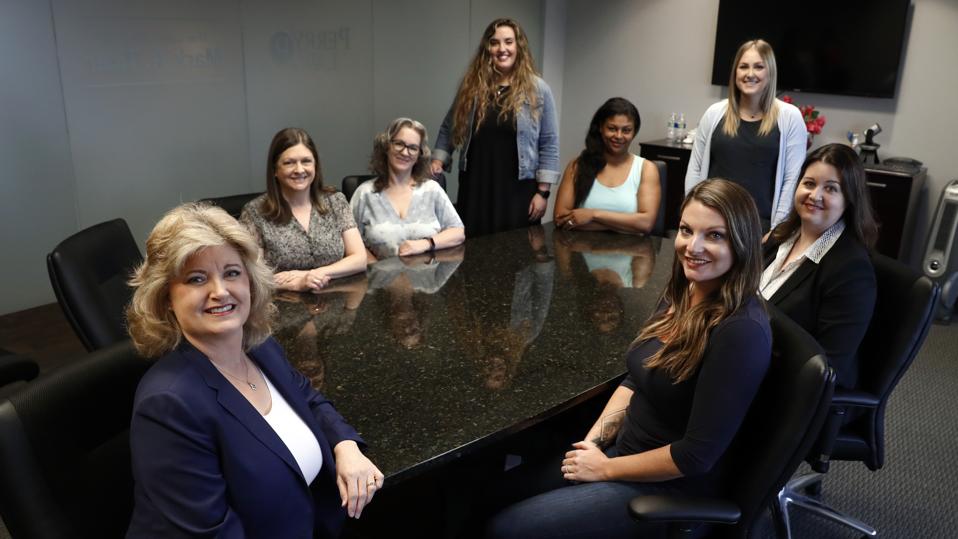 As we approach International Women’s Day, it is important to consider whether the status and role of women has changed over the years, to understand the progress that we have made, and the obstacles that still exist for achieving gender equity.

While carrying out research for my book SWAY: Unravelling Unconscious Bias I have looked at numerous studies that show that women and men are treated differently in the workplace.

The respondents answered with more than 1,500 unique words describing traits that they thought society does and doesn’t value for each gender. Americans are much more likely to use ‘powerful’ in a positive way to describe men (67 percent positive) than women (92 percent negative). ‘Honest’ was used much more frequently to describe men (200 times) than women (100 times). ‘Beautiful’ was only used for women. ‘Provider’ was only used for men. The most interesting results were that certain personality traits are seen as positive for one gender but less positive or even negative for the other gender. For instance, ‘strength’ is one value that was seen as a really positive trait for men, but not so much for women. They also saw ‘leadership’ and ‘ambition’ as traits that society values more in men than in women, while ‘compassion’ and ‘caring’ were seen as positive traits for women but more negatively for men, thereby revealing the widespread societal culture of ‘toxic masculinity’.

The gender bias can be seen also in the words that were used exclusively for women in the Pew Center research: ‘multitasking’, ‘beautiful’, ‘maternal’. The data showed how gender-type characterisations and biases are deeply embedded in our society. While 51 percent of the respondents thought that women should be ‘independent’, 49 percent of them still thought they shouldn’t, alluding to the submissive roles that women are expected to inhabit. This is a surprising reality of subversive sexism and traditional gender norms.

A study conducted recently by Andrei Cimpian, an associate professor in the department of psychology at NYU, and Lin Bian, a doctoral student at the University of Illinois, showed that there is an implicit bias that women are ‘intellectually inferior to men’. From two experiments with more than 1,800 participants of both genders across more than 30 disciplines, the researchers found that when a job requires someone of intellect, women had 25.3 percent lower probability of being appointed. Genius, brilliance and innate intellectuality are seen as ‘masculine’ traits, and if a discipline is perceived to require this, then women are under-represented.

Women, in essence, face a double-bind bias. They are either too ‘soft’ to be good leaders or if they demonstrate qualities that are more ‘masculine’ they are considered too aggressive and therefore not a good leader. The masculine– feminine stereotypes count not only against women but also against men. These push people into certain boxes, and when they demonstrate qualities that are not seen as the norm they are more likely to be bullied.

It is evident that labels and stereotypes persist, and this is affecting the opportunities that women have and the progress they can make in the workplace. There is so much more to be done to tackle these implicit biases. These biases can become ingrained in a workplace culture, and it is only through active engagement and awareness that we can start dismantling these systemic issues and hope for true parity in the future.

The WHO Is On TikTok. Is The World Ending?

Jaguars Reportedly To Trade A.J. Bouye To The Broncos For Draft Pick