Home Business Arizona Cardinals Are Rebuilding Its Defense Via Free Agency, Is It Enough?
Business

Arizona Cardinals Are Rebuilding Its Defense Via Free Agency, Is It Enough? 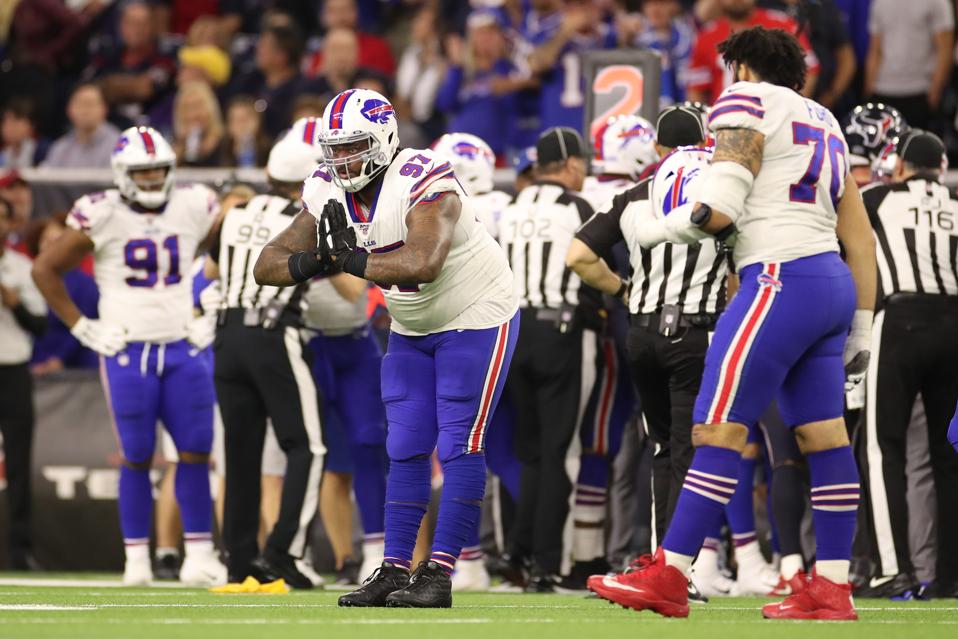 HOUSTON, TEXAS – JANUARY 04: Jordan Phillips #97 of the Buffalo Bills reacts after the team … [+] recovers a fumble against the Houston Texans during the third quarter of the AFC Wild Card Playoff game at NRG Stadium on January 04, 2020 in Houston, Texas. (Photo by Christian Petersen/Getty Images)

NFL free agency is one of the biggest events of the year, as each decision can make a fundamental change to a team. There has been numerous big-name moves throughout the first week of free agency that have taken all the headlines like Tom Brady going to the Buccaneers. However, the signings that can potentially make the biggest impact are the under-the-radar ones and though the Arizona Cardinals made a big move early, they’ve also made several under-the-radar moves too.

Besides trading for All-Pro receiver DeAndre Hopkins, the Arizona Cardinals signed defensive lineman Jordan Phillips, linebackers Devon Kennard and De’Vondre Campbell. Neither of these players came with the hype that the Hopkins trade produced, yet each of them fill a need for the team. It’s no secret the Cardinals defense played poorly last year, ranking last in yards allowed per game with 402 and 28th in points allowed per game with 27.6. So how will these men help the team?

Coming off his best season where he racked up nine and a half sacks, Phillips was picked up by the Cardinals on a three year, $30 million contract. Phillips is expected to bring a pass rushing presence to middle of the defensive line, something the team was lacking last year. While Chandler Jones racked up the second most sacks in the league with 19, no one on the rest of the team had more than six.

Something that could concern the Cardinals is that last year was Phillips’ first having massive success. Before last year, he had five and a half career sacks and only started 35 career games. A simple explanation for this could be last year was the first one where everything clicked for Phillips. He was playing for a tough Bills defense who’s run by the defensive minded head coach Sean McDermott. It was also his fifth year in the league so he could’ve simply found his role and grew from there. It’ll be interesting to see how he’ll be utilizes by defensive coordinator Vance Joseph.

Adding much-needed depth to their linebacker position, Kennard signed a three year, $20 million deal to play for the Cardinals, his hometown team. He’s had a lot of success for the Detroit Lions, grabbing seven sacks in the last two seasons. Kennard is a perfect fit for the Cardinals, playing opposite of Jones and not only providing pass rush but solid run defense as well.

Kennard was cut from the Lions but that was due to the team signing linebacker Jamie Collins, providing a lucky break for the Cardinals. Getting to play for the team his father played for (Derek Kennard played offensive lineman for the Cardinals from 1986-1990) should give Kennard even more motivation to excel.

Campbell was the last addition for the Cardinals at the moment, signing a one year deal with $8.5 million. Campbell played well for the Atlanta Falcons, starting 54 of 59 games for the team and racking up career highs in tackles (129), interceptions (2), forced fumbles (3), sacks (2) and fumble recovery (1) in 2019.

Campbell fills a glaring hole in the defense as the linebacker play has been subpar the last few years in Arizona. He’s a solid starter that can play the run and pass well. Also, since it’s only a one year deal, Campbell will be motivated to excel, as he can use his good play as leverage for a lucrative deal in the 2021 offseason.

Phillips, Kennard and Campbell are solid players but the Cardinals still have a lot of work ahead of them. The secondary hasn’t gone through any changes at the time of this story. Though there’s a mixture of youth and experience to go with the talent, the Cardinals repeatedly torched in the air, specifically from tight ends. That’s not to mention the holes on the offensive line as well. However, these moves The team is still rebuilding and with the rest of free agency looming along with the draft, there’s plenty of chances for the Cardinals to continue improving.

From The Traditional To The Outrageous, Four Brands...

What Your SMB Needs To Negotiate To Survive...