Breaking
The Impact of Internships in Marketing
3 use cases of chatbots for critical services
How To Make Working From Home Appeal To...
Tips on How to Design an Office Space...
4 Tips To Help Build Amazing Customer Relationships
How Are US Pension Funds Responding to the...
Benefits of second-hand cars for your business
4 Reasons Why Your App Needs To Undergo...
Your Guide to Online Marketing
How to find a Solicitor in London
5 car tyre and safety tips for a...
Everything You Need to Know About Corporate Social...
Is Adaptive Leadership the Key to Motivating Employees?
Why business events are set to return with...
Business events set to return with a bang!
Expanding Internationally: 5 Things to Consider for eCommerce...
Home Business Arsenal And Everton Both Reaping Rewards After Bold Mid-Season Managerial Changes
Business 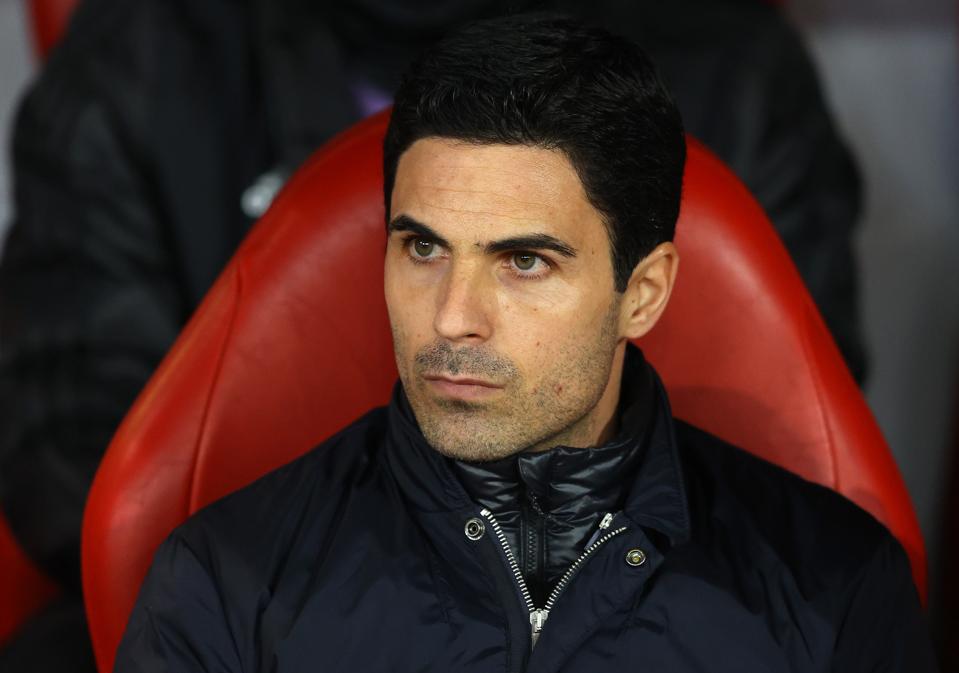 PIRAEUS, GREECE – FEBRUARY 20: Mikel Arteta, Manager of Arsenal looks on prior to the UEFA Europa … [+] League round of 32 first leg match between Olympiacos FC and Arsenal FC at Karaiskakis Stadium on February 20, 2020 in Piraeus, Greece. (Photo by Richard Heathcote/Getty Images)

When Arsenal met Everton at Goodison Park earlier this season, the game was one to forget. There were just two shots on target, both from the visitors, and little else to speak of in terms of goalmouth action. But for both teams, that cold midwinter day was the doorway to a new era.

Arsenal were eleventh in the league at the time while Everton were still hovering just above the relegation zone. With the reigns of Unai Emery and Marco Silva both having come to inauspicious ends, each club was under the watch of a caretaker manager. Duncan Ferguson had overseen a mini revival on Merseyside, whilst Freddie Ljungberg had at least attempted to steady the ship at the Emirates stadium. Yet both Gunners and Toffees were still in desperate need of a lift.

Fortunately for them, the men who would provide it were watching on from the stands. Carlo Ancelotti had been announced as the new Toffees boss earlier that day and Mikel Arteta had signed his first managerial contract in north London the previous afternoon. 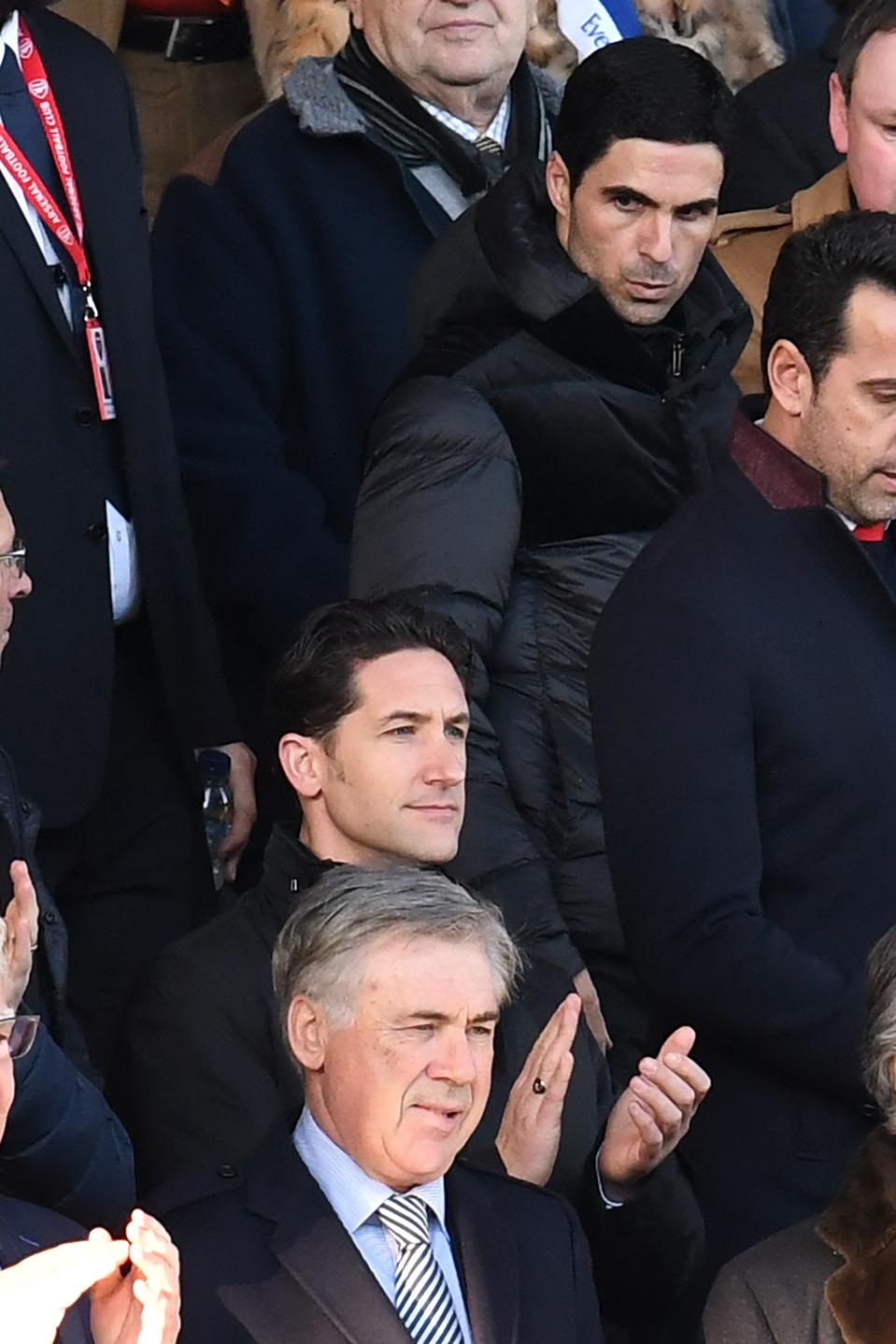 Not everyone was immediately convinced by the appointments, with some even suggesting that Ancelotti and Arteta may have been better suited to the job that the other had been hired for.

Arteta’s lack of experience as a head coach was brought up repeatedly: how would a rookie boss fare at such a big club that seemed to be stuck under a cloud of poor performances and resentment from the stands?

Ancelotti, meanwhile, was a superstar; a three-time Champions League winner renowned for his ability to get an extra 10% out of highly talented players through excellent man management. But here he was taking over a side that had been in the bottom three just a few weeks prior. How would he cope managing inferior players in a potential relegation battle?

The responses to both questions have been remarkably positive so far. When the two clubs meet on Sunday, Arsenal will find themselves in the in the same position in the league table, with Everton five positions higher than in mid-December. But while those numbers are underwhelming, take a step back and the wider picture is much rosier. 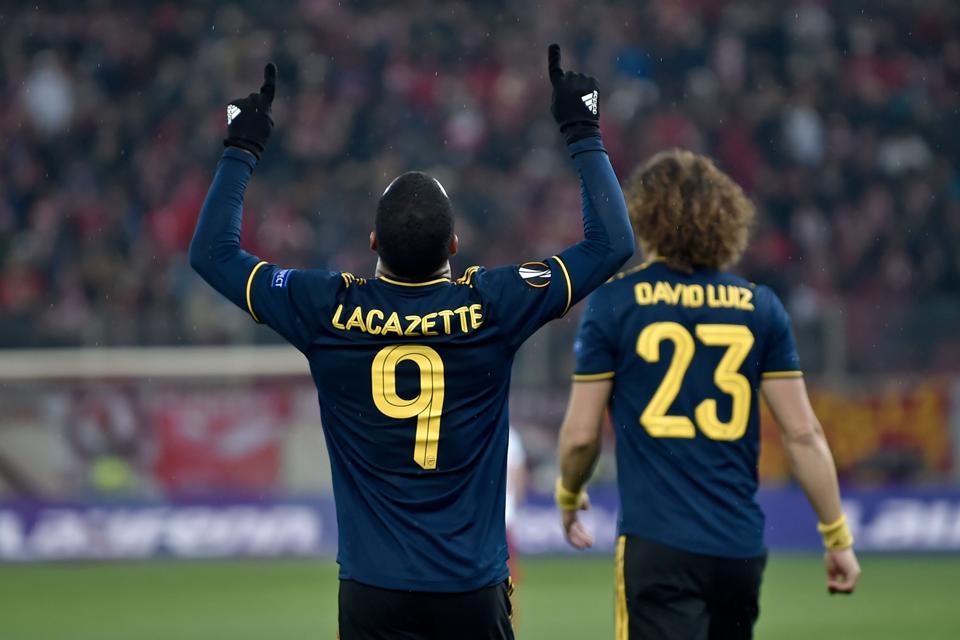 Arsenal’s French striker Alexandre Lacazette celebrates after scoring the opening goal of the UEFA … [+] Europa League round of 32 first leg football match between Olympiakos and Arsenal at the Karaiskakis Stadium in Piraeus, near Athens, on February 20, 2020. (Photo by Louisa GOULIAMAKI / AFP) (Photo by LOUISA GOULIAMAKI/AFP via Getty Images)

Arteta has been able to install a sense of common purpose and positivity that was severely lacking under Unai Emery. He immediately made it clear that slacking would be tolerated on his watch when he spoke of his “non-negotiables” of full commitment to the collective and high-energy soccer.

Arsenal have a far clearer strategy both in attack and defense, too. They drop quickly into their 4-4-2 formation when the opposition wins the ball back. And when in possession there are wide players hugging both touchlines, three midfielders in positions to play passes through the lines and three forwards close to the penalty area, rotating and moving to create angles and get on the end of balls into the danger area.

Arteta has also had a positive effect on several of his players as individuals. In his time as Pep Guardiola’s assistant at Manchester City, the ex-Everton and Arsenal player was the man Guardiola trusted to undertake one-on-one meetings with each of the players, using his strong interpersonal skills to motivate his charges and manage negative emotions.

He has used those skills to get far better performances from Granit Xhaka, who had been booed at the Emirates, and Mesut Ozil, who was an outcast under Emery. David Luiz, often at his comical worst in the early part of the season, has been similarly transformed. 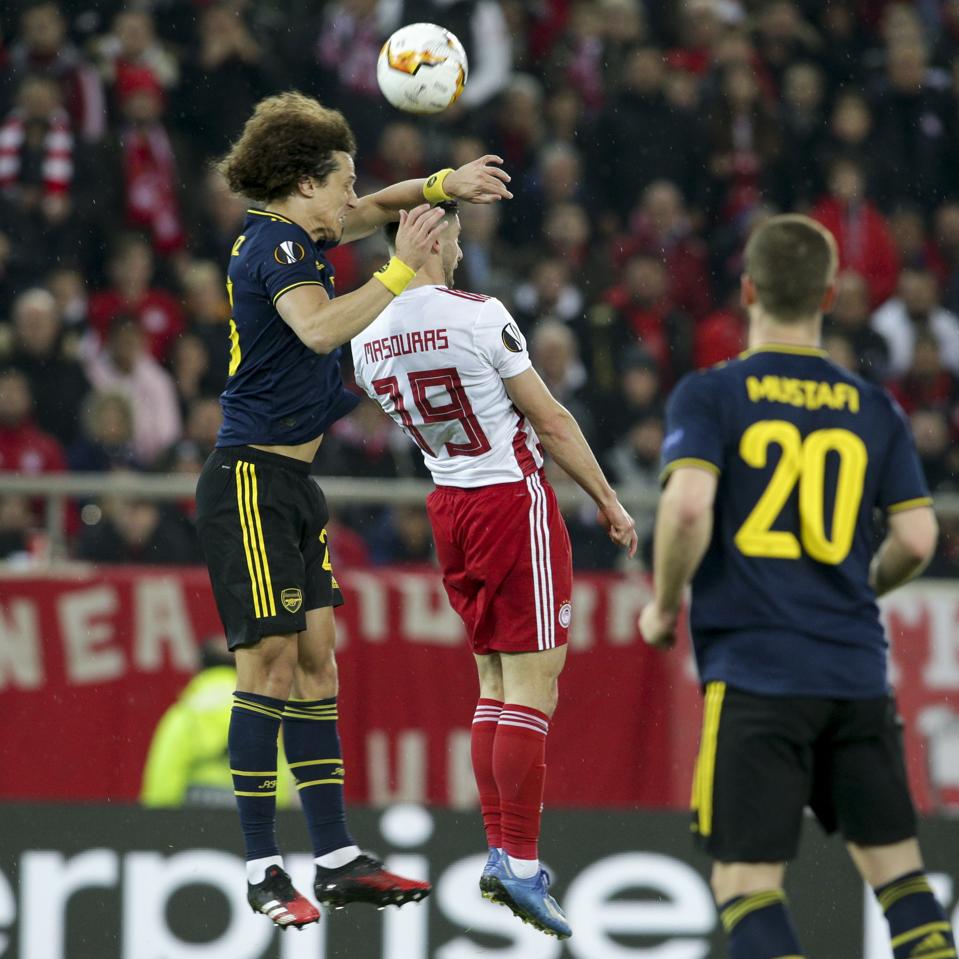 PIRAEUS, GREECE – FEBRUARY 20: David Luiz of Arsenal FC and Giorgos Masouras of Olympiacos FC during … [+] the UEFA Europa League round of 32 first leg match between Olympiacos FC and Arsenal FC at Karaiskakis Stadium on February 20, 2020 in Piraeus, Greece. (Photo by MB Media/Getty Images)

“You look at David Luiz, he was terrible under Unai Emery”, ex-Manchester United midfielder Paul Ince told Mirror Online. “You look at him now and all of a sudden, leadership; he’s pulling people in saying well done, well done… But this is what Arteta demands from him: if you are going to be in that central role you are going to have to show leadership.”

That has resulted in consecutive clean sheets in their last three games, something Arsenal had not managed for 10 months. The last two of the three have seen them beat Newcastle 4-0 and Olympiacos 1-0 in Greece. With those results, they are set up well to make a late-season surge up the table and progress to the last-16 in the Europa League.

Ancelotti, meanwhile, made quite significant adjustments to Marco Silva’s tactical set up that have had an incredibly powerful impact. Playing with two forwards as well as attack-minded players on either wing has made them far more threatening going forwards – in their last three league games, Everton have scored eight goals.

And despite fears that his slightly old-school 4-4-2 might not cut it defensively in the Premier League, Ancelotti’s men are currently conceding at a lower rate than they were under his predecessor. 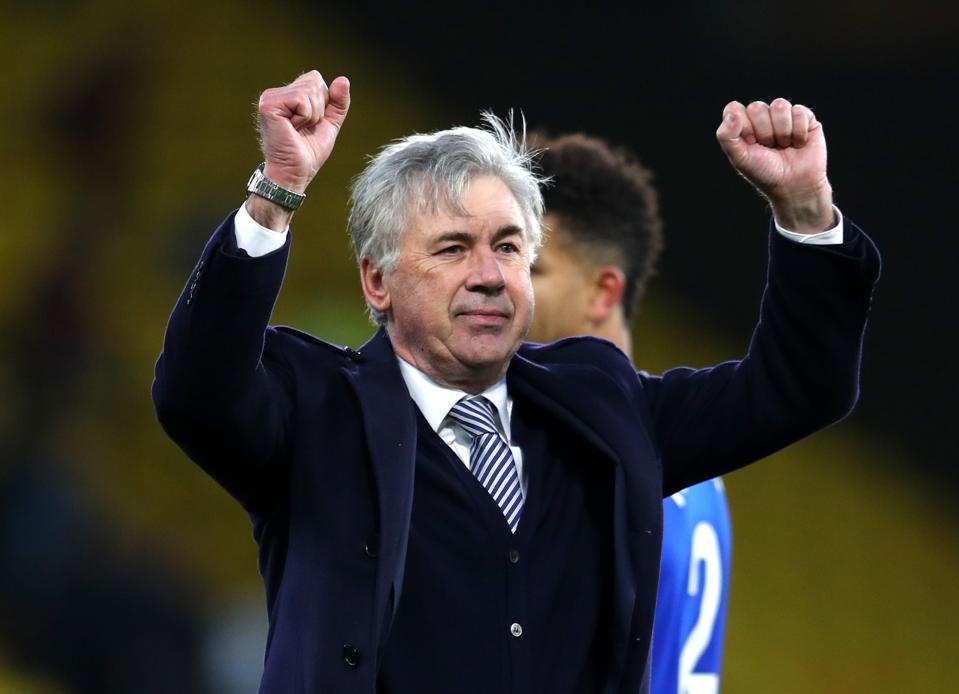 As Everton scout Carlo Jacomuzzi recently explained to Calcio Napoli 24 TV, as quoted The Boot Room, “[Ancelotti] arrived in England and does simple things without many tricks. He put the players in their places and made them play the English way.”

Like Arteta, Ancelotti is adept at getting through to the human being behind the player and his influence has been particularly clear on Dominic Calvert-Lewin. The 22-year-old striker now has 11 goals in the Premier League in 2019/20, the same number as Raheem Sterling and Harry Kane.

Everton are going into a tough run, with Chelsea, Manchester United and Liverpool all to come after Arsenal, but they can approach the games with confidence given recent form. If they can take points from their direct rivals over the coming weeks, they will put themselves in a very strong position in the race for European football next season.

To some extent, this game will be a direct collision between Arsenal’s new-found defensive stability and Ancelotti’s Everton’s attacking threat. One of the two will have to give.

Whatever happens on Sunday though, both bosses deserve immense credit for the work they have done in difficult circumstances. Mid-season managerial changes always risk appearing mistaken in hindsight. But over the last two months Arteta and Ancelotti have really brightened the mood at their respective new homes.

How To Transition From Blue-Chip Marketer To Smaller Firm CMO