Breaking
The Ultimate Guide to Saving Money
Lights, Camera, Action—Is There A Post-Covid Future For...
7 Ways to Reduce Human Errors in Your...
How ‘Couples Therapy’ Used Technology To Cope With...
Can You Settle Your Student Loans Or Negotiate...
How to Use Amazon Attribution For Ad Campaigns
What are the Makings of a High-Quality Link?
How To Quickly Start And Scale Your Business
Terra Virtua: What NFTs Can Teach Us About...
5 Easy Steps To Prepare Content For E-A-T...
Physical Inactivity Linked To More Severe Covid-19 Infection...
The 2021 Estimated Tax Dilemma: What Tax-Return Pros...
Want To Digitally Transform Your Business? Start With...
How to Optimize Google My Business and Leverage...
Debunking Link Building Myths in 2021
How, When And Where You Can Gaze At...
Home Technology Artificial Intelligence: The DNA Of Data That Fills The Gap
Technology

Artificial Intelligence: The DNA Of Data That Fills The Gap 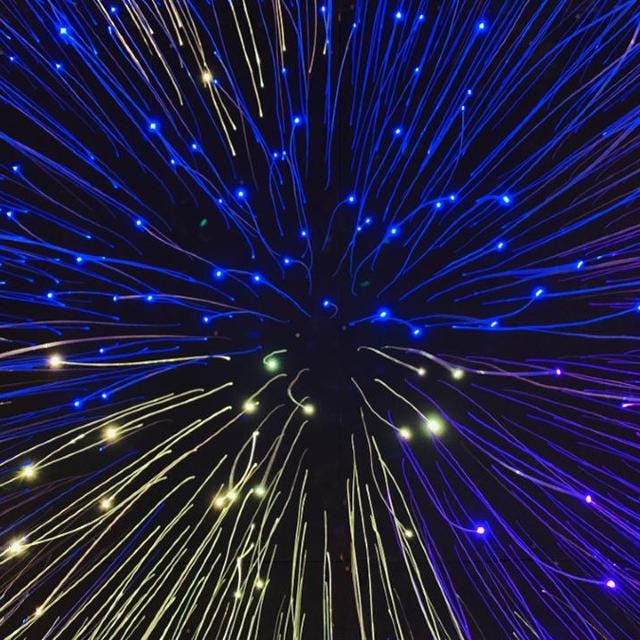 Artificial intelligence, or AI, often brings to mind hospitality robots and self-driving cars — the shiny, flashy machines effortlessly performing everyday tasks with superhuman speed and efficiency. Yet, peek under the hood, and you’ll find the real magic. It’s here that AI has a different meaning as the DNA of data that fills in the gaps.

The sentient pieces of metal might dominate popular imagination, but in today’s world, AI is more likely to be an obscured yet essential building block of any business. Most organizations understand the importance of using data to reduce costs and serve clients and customers effectively, but what happens when the data is too voluminous to understand? AI steps in to help turn what would otherwise be an unconnected rabble of data into meaningful insights into every facet of the business.

From computer code to big data to AI to business results

Ideas for computer code existed in the human mind for hundreds of years. But it wasn’t until the 20th century that hardware caught up, allowing a spate of programming languages to manipulate the new machines and create the “big data” condition that is the modern world.

We’ve recently reached a point where our devices generate mind-blowing amounts of data. According to a recent Forbes article, the amount of newly created data in 2020 was predicted to reach 35 zettabytes (or 35 trillion gigabytes). Two years ago, we were at 33 zettabytes, leading IDC to predict that in 2025, 175 zettabytes (or 175 trillion gigabytes) of new data will be created worldwide. It’s far too much for any human worker or team of workers to process. Instead, organizations rely on artificial intelligence to aggregate, analyze and assess data — something that happens across industries.

Banking, for example, benefits from AI tremendously. At HDFC Bank in India, machine learning, a subset of AI, analyzes demographic, geographic and other data for thin loan applications. This enables the bank’s human analysts to quickly identify the best applicants and manage the company’s risk.

In content management, AI has dozens of use cases, assisting departments seemingly as different as marketing, editorial and enterprise search. Finding, reading and recommending articles is an age-old process of getting the news that today owes itself to the collaboration of custom-built AI algorithms and teams of up to 20 employees.

Data is the foundation, and AI is the DNA

For all its power, AI is nothing without data. An algorithm’s ability to locate patterns and offer suggestions is contingent on whatever it can draw from raw data. Yet, as data proliferates, it runs the risk of becoming chaotic and unruly. Data today isn’t just strings of numbers, letters and symbols. It could be thousands of characters representing human-based speech. So, how does one make sense of it all?

Natural language processing (NLP), a subfield of computer science that relies heavily on machine learning, works at the nexus of computers and natural language. It’s one example of a cognitive technology that can quickly analyze large, unstructured data sets — such as medical data, contracts and legal literature — to elicit trends and discover solutions to complex problems. It’s a time-consuming task that a human would struggle to complete, but it can now be done in seconds.

Another example is translation. A person starting from scratch might spend years (if not a lifetime) learning to translate a piece of work from English to Japanese. A machine learning-based algorithm can now do it instantaneously as you type.

It’s in these ways that AI proves itself as the DNA of data. Data alone can’t automatically solve a problem. A database containing every word in every language in the world would be useless without an interpreter to fill in the gaps.

One study showed that “object transplanting” trips up deep facial recognition AI, concluding that the double-take, an instinctive human gesture that helps us identify when things might not be what they seem, continues to elude smart algorithms. AI’s evolution as the DNA of data cannot be dismissed, and sometimes the merger of human and machine is uncanny.

To solve a classic machine learning problem — correctly identifying handwritten numbers — Caltech researchers developed an artificial neural network made out of DNA. If we have the capacity to program AI into synthetic biomolecular circuits, companies should be able to use AI to better serve their customers.

By integrating technological back ends with middleware and filling the gaps with AI, applications become flexible, ground-up platforms where this happens. Built with speed and agility, they can cut the number of steps in a process from 20 to four, while evolving with customer demand.

An enterprise corollary concept is an intelligent data hub, a centralized architecture for managing data about various parties, places and things. As the data grows and becomes increasingly complex, the hub keeps them easily relatable with its layer of artificial intelligence, governing them while serving them up to real-time business users.

In The Race To Cut Prices, Plant-Based Companies Are Embracing Big Food