Breaking
Everything You Need to Know About Corporate Social...
Is Adaptive Leadership the Key to Motivating Employees?
Why business events are set to return with...
Business events set to return with a bang!
Expanding Internationally: 5 Things to Consider for eCommerce...
How the Machine Shop Is Going Digital in...
Sustainable Food Packaging Is Helping the Hospitality Sector...
Top 5 Investment Practices To Make More Money...
Managing IT Requirements for SMEs: 5 Aspects that...
How To Build a Successful Luxury Brand In...
Finding The Best Google AdWords Consultant for Your...
8 Top Tips To Help Your Agricultural Business...
Three Reasons Why Office Décor and Design Are...
Looking To Improve Efficiency In Your Business? Here’s...
AI and machine learning for business
How Social Media Changed the World
Home Business As ‘Birds Of Prey’ Doubles Its Budget, Why An R Rating Was Always A Risk
Business

As ‘Birds Of Prey’ Doubles Its Budget, Why An R Rating Was Always A Risk 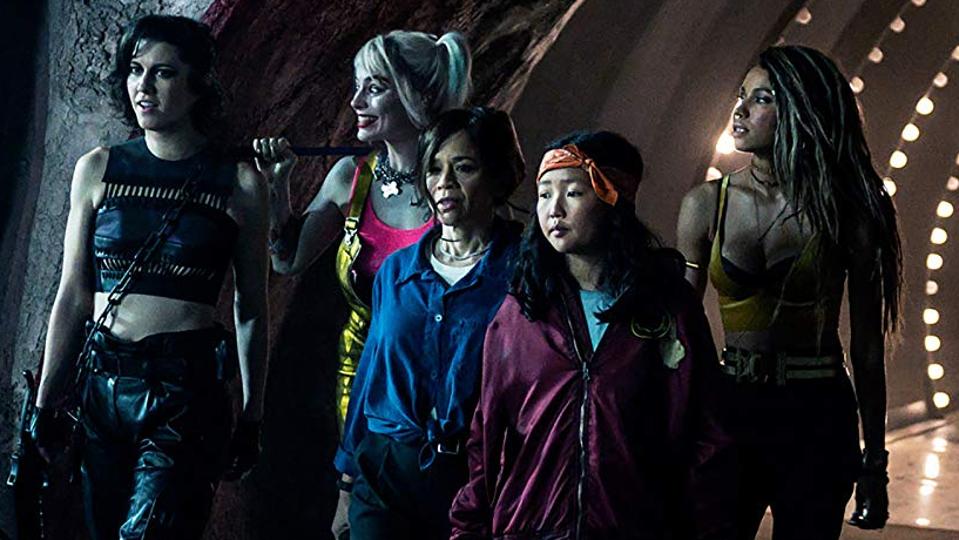 Ironically, Harley Quinn: Birds of Prey will still be one of the biggest-grossing female-led comic book movies of all time.

For those still keeping track as it enters its third weekend of release, Birds of Prey earned another $990,000 on Thursday, dropping 2% from yesterday but 45% from last Wednesday. Cathy Yan and Christina Hodson’s $82 million-budgeted DC Films flick has earned $65 million in 14 days of domestic release, along with (presuming the 41/59 split has held) $160 million worldwide. Yes, hopes and expectations aside, the Margot Robbie-led Suicide Squad sequel will double its budget by the end of this sentence, and there’s still an outside shot that it will triple its budget and thus qualify as a solid little hit.

The better news is that it’s a damn good movie, working as an unapologetically R-rated romp that feels like a cocaine-fueled (and obviously female-centric) riff on a stereotypical Guy Ritchie gangster movie, and yes, Birds of Prey is better than The Gentlemen. My concern for the film’s performance is more about the cultural signal it potentially sends and Warner Bros.’ ongoing box office challenges than the mere fact that an R-rated actioner might not clear $250 million worldwide. Heck, with that R-rating, topping $300 million was arguably a long shot.

Sans inflation, even Harrison Ford’s Air Force One, which opened to strong reviews and (like Suicide Squad and The Fugitive in their days) parlayed the “last biggie of the summer” variable in a time while also existing in a far more generous theatrical environment, earned “just” $171 million domestic and $315 million worldwide on an $85 million budget. That was one of the last blockbuster R-rated actioners of the pre-Columbine era, after which Hollywood became more cautious about marketing R-rated movies to teens and the industry began treating the PG-13 as the rating of choice as they chased four-quadrant global blockbuster success.

Beyond the political and social aftermaths of the infamous 1999 school shooting, back when such a tragedy was rare enough to be considered a cultural touchstone, it made sense for Hollywood to spend $100 million on a PG-13 movie and hope for $433 million worldwide (Live Free or Die Hard) rather than go R and hope for $245 million-$366 million (Die Hard 2 and Die Hard with a Vengeance). Of course, there were exceptions (the $400 million-plus likes of The Last Samurai, Terminator: Rise of the Machines and Troy), but those were at the tail-end of when Hollywood treated R-rated actioners as A-level events.

From late 2003 (Matrix Revolutions and Last Samurai) to early 2013 (Olympus Has Fallen), there was a near-absence of R-rated action movies in major theatrical release, save for Denzel Washington vehicles (Man on Fire, Safe House, etc.), Jason Statham and/or Jet Li vehicles (Crank, War, Unleashed) and periodic flukes like Wanted ($342 million in 2008) and Lucy ($458 million in 2014). Arguably R-rated action and horror movies like Angels & Demons, Prom Night, Bourne Supremacy, Salt and Vantage Point got pretzeled into a PG-13 box, so that young kids could safely learn about human trafficking (Taken) or watch a man eat another man’s heart (The Lone Ranger).

Warner Bros. is also the studio behind V For Vendetta ($132 million in 2006) and Watchmen ($185 million in 2009). To the extent that producer Margot Robbie’s choice to go with an R-rating aligned it with other female-led action fantasy flicks, it’s not like the likes of Resident Evil, Underworld and Atomic Blonde were mega-hits. Yes, Resident Evil: Afterlife and Resident Evil: The Final Chapter both topped $300 million, but the 2010 release capitalized on post-Avatar 3-D interest and the finale earned $164 million in China alone. Underworld earned $540 million worldwide combined over five movies, with only Awakening ($160 million in 2009) topping even $100 million global.

The over-performances of the Deadpool films, Logan and Joker ($1.071 billion) arguably skewed expectations of what even an R-rated Harley Quinn movie could do, to say nothing of the $745 million gross of Suicide Squad despite miserable reviews. If we view Birds of Prey and its likely over/under $230 million gross (unless it goes bonkers in Japan next month) not as a DC flick or a comic book superhero movie but as an R-rated, female-centric actioner, well, it’s still not a mega-hit but it’s not too bad either. It’ll nearly triple Atomic Blonde ($95 million) and probably gross more than four out of six Resident Evil movies without China.

Yes, the movie helps in terms of the whole “DC Films are now more likely to be good than not good” thing, and Warner Bros.’ image as a filmmaker-friendly studio, but expectations got skewed by four years of ridiculously over-performing R-rated comic book movies. The R-rating absolutely kept young kids out of the theater and scared off overly sensitive adults, but it opened at a time when an R-rated, female-led action movie wasn’t in itself an event. The cruel irony is that’ll still be fourth-biggest female-led comic book superhero movie ever, behind Captain Marvel ($1.128 billion), Wonder Woman ($821 million) and Alita: Battle Angel ($405 million). Take THAT, Ghost in the Shell!