Breaking
Everything You Need to Know About Corporate Social...
Is Adaptive Leadership the Key to Motivating Employees?
Why business events are set to return with...
Business events set to return with a bang!
Expanding Internationally: 5 Things to Consider for eCommerce...
How the Machine Shop Is Going Digital in...
Sustainable Food Packaging Is Helping the Hospitality Sector...
Top 5 Investment Practices To Make More Money...
Managing IT Requirements for SMEs: 5 Aspects that...
How To Build a Successful Luxury Brand In...
Finding The Best Google AdWords Consultant for Your...
8 Top Tips To Help Your Agricultural Business...
Three Reasons Why Office Décor and Design Are...
Looking To Improve Efficiency In Your Business? Here’s...
AI and machine learning for business
How Social Media Changed the World
Home Business As Houston Rolls Toward March, East Carolina Aims To Build A Winner
Business 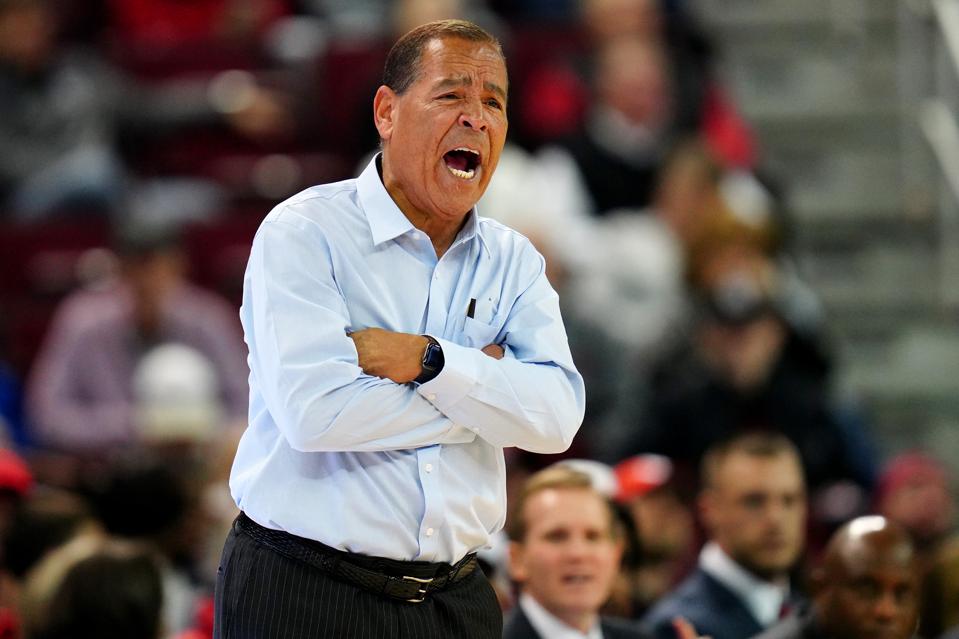 COLUMBIA, SOUTH CAROLINA – DECEMBER 08: Head coach Kelvin Sampson of the Houston Cougars during the … [+] second half during their game against the South Carolina Gamecocks at Colonial Life Arena on December 08, 2019 in Columbia, South Carolina. (Photo by Jacob Kupferman/Getty Images)

Houston coach Kelvin Sampson has won 633 college basketball games, more than all but 12 active coaches. Last year, the Cougars won 33 and reached the Sweet 16, losing a close game to Kentucky, a perennial title contender. Houston is 37-7 in the American Athletic Conference since 2017-18 and Sampson has been named the conference’s top coach each of the last two seasons.

His son, Kellen, is one of his assistants and daughter, Lauren, is the program’s director of external operations. After a 69-59 victory over East Carolina on Tuesday night, the Cougars are alone atop the American standings again and barring a complete meltdown in the final month of the regular season will make their third consecutive NCAA tournament appearance. In his latest mock bracket, ESPN’s Joe Lunardi projects Houston as the sixth seed in the West region. Last spring, after Sampson steered the Cougars to the second weekend of the NCAA tournament for the first time since Phi Slama Jama, the university rewarded him with a six year, $18 million contract extension.

Life is good right now for the 64-year-old coach. His team is talented and deep. Caleb Mills, a freshman, and sophomore Quentin Grimes lead the team in scoring but the Cougars are deceptively older with seven players on the roster who have taken a redshirt year. The shots don’t always fall for these Cougars – 147th nationally in 3-point percentage and 223rd in 2-point percentage – but they atone for inaccuracy with a formula proven to achieve success over the peaks and valleys encountered during a college basketball season.

So far, it’s produced a 17-4 record, victories over Georgia Tech, Washington and Wichita State and a top-25 national ranking.

Sampson’s resurgence is well-documented. In Nov. 2008, the NCAA gave him a five-year ban from college coaching because of recruiting violations (sending excessive text messages) he committed during coaching stops at Oklahoma and Indiana. Sampson spent 2008-2014 in the NBA, working as an assistant for the Milwaukee Bucks and Houston Rockets.

Hired at Houston University in spring 2014, he inherited a program with one NCAA tournament appearance in 22 years and reclaimed it from the wreckage. The Cougars were 13-19 in his first season. They’ve participated in the postseason the last four years and can once again make plans to play ball in March, under the brightest lights.

This isn’t the first time Sampson has crafted a winner from nothing. He accomplished the same 30 years ago at Washington State although not quickly or without struggle. The Cougars finished with losing records in Sampson’s first three seasons and were 12-42 in the Pac-10 conference in the same time span.

Looking down the sidelines toward the East Carolina bench Tuesday night in Greenville, North Carolina, he saw a coach he admires and respects, Joe Dooley, trying to build something of his own. ECU has a 26-72 record in the American since it joined the conference in 2014. The Pirates have had three winning seasons in 23 years and Dooley directed one, in his first stint as coach from 1997 to 1999.

The Cougars finally reached the NCAA tournament in Sampson’s fifth year and he reflected on the time moments after his Cougars escaped Williams Arena with another hard fought conference road win.

“Before you can get people to believe in you, you have to first believe in yourself. I think that’s Joe’s biggest strength he has,” Sampson said. “He’s won in other places and that gives him a great platform from which to build. He has a great staff and you can tell his kids respect him because they play hard for him. This is a hard league to build in because everybody is good.”

The Pirates went 10-21 overall and 3-15 in the American last season, Dooley’s first after a successful five seasons as the head man at Florida Gulf Coast and more than a decade as Bill Self’s top assistant at Kansas.

They’ve already matched their conference win total from last season and wins over SMU and Charlotte gave a glimpse at what’s possible. ECU has a potential All-American in sophomore forward Jayden Gardner and 11 newcomers who are learning on the court each night, without any veteran leaders to show them.

Dooley hopes the Pirates can reach that point, can take a step closer to becoming a program like Houston that limits the costly mistakes and makes an opponent earn every basket in the American, the nation’s 7th strongest conference and one he described as a “grown man’s league.”

“Joe knows what to do,” Sampson said. “You’re going to have setbacks, lose some games. But it’s not about losing games it’s about moving your program forward. This is my sixth year coming here. It was a great crowd (4,406) tonight. It was the first time you could feel energy in the building. That says a lot about the students, fans but also about what Joe is building. Tip of the hat to Joe and his staff.”