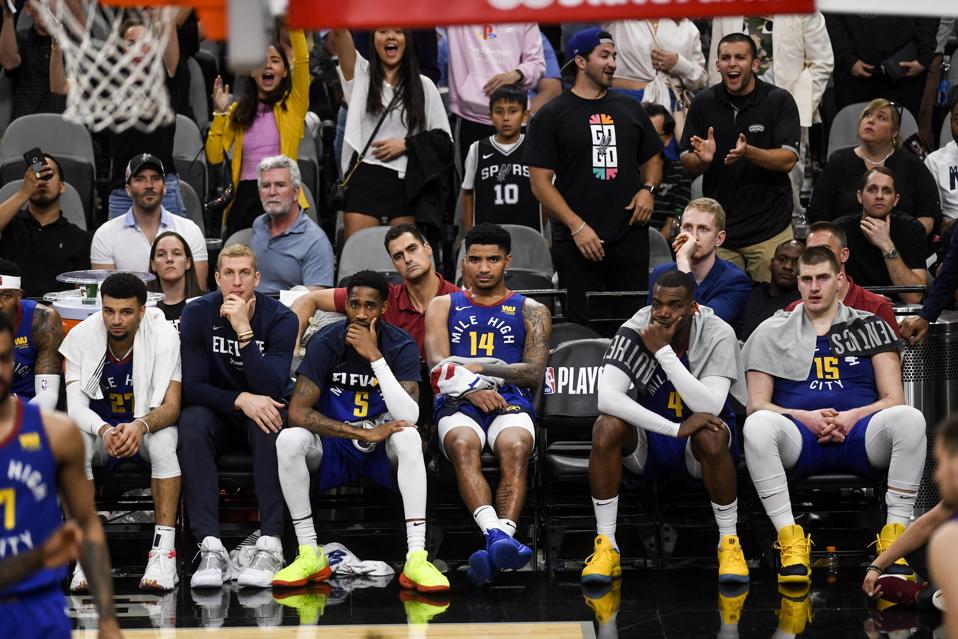 At the rate things are going, the Denver Nuggets may need to open a trauma ward in the Pepsi Center locker room

In news first broken by ESPN’s Adrian Wojnarowski, it was revealed that Nuggets backup center Mason Plumlee is projected to miss two to four weeks of action due to a foot injury he incurred during Denver’s recent road win over the Minnesota Timberwolves:

Mike Singer of the Denver Post added to the report with the detail that Plumlee’s injury is to the cuboid bone in his right foot:

One silver lining for the Nuggets is their bench, which is so deep that it has “too much” talent, presenting a predicament in the form of the lack of available minutes for ostensibly deserving players. But that “good problem to have,” as head coach Michael Malone has described it, now becomes a luxury that helps mitigate the absence of so many of their core players.

Denver has dipped deep into that well of reserves over the last seven games in which one or more starters sat out, and to mostly successful ends as the team won five of those contests.

As I recently wrote for Forbes in a film study on rising star rookie Michael Porter Jr. and an analysis of how Malik Beasley’s improved play could affect trade deadline decision making, Denver has benefited greatly of late from players stepping off the bench into larger roles, and serving up impressive performances.

The Nuggets are getting positive contributions from all corners, as Monte Morris, Torrey Craig and Jerami Grant have assumed temporary starting roles, and even two-way player P.J. Dozier, who played his first game in a Nuggets uniform just last week, has risen to the occasion, surpassing expectations with solid point guard play and defense.

But the way ahead now gets tougher for the Nuggets, with Plumlee going down just as eight of their next 13 games are on the road, with eight (including five of those away games) also against teams currently in the playoff picture. 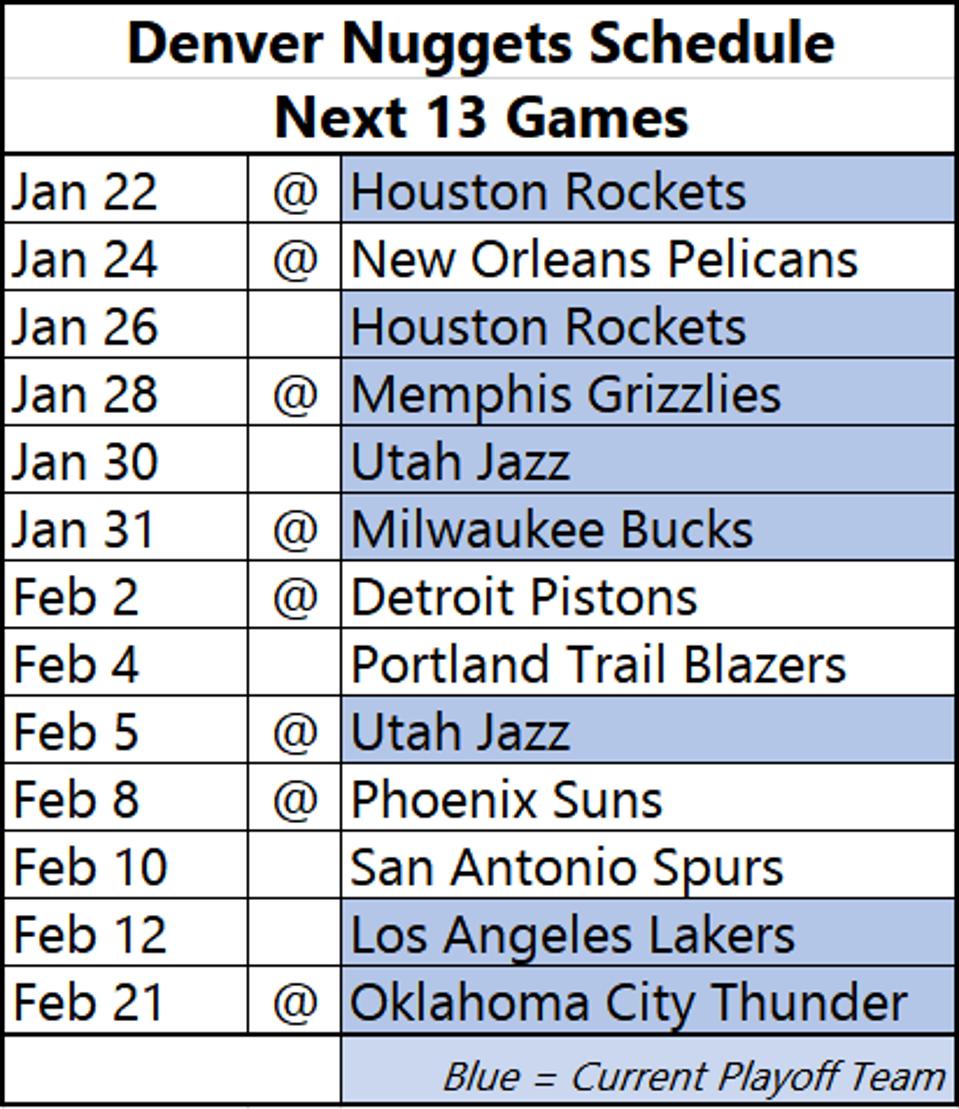 All-Star weekend will provide Denver with the welcome relief of a nine-day break starting from February 13, so if they can weather the storm through the next three weeks they stand a decent chance of emerging on the other side with something more closely resembling a team at or near full strength.

Harris has been upgraded from “out” to “doubtful” on the injury report, indicating that he may be the first of the starters to return, but timelines for all three remain vague. And given Millsap’s age, Harris’ injury-prone history, and the fact that Murray was already experiencing back soreness prior to spraining his ankle, the Nuggets could (and arguably should) prioritize their players’ full return to health over a handful of regular season wins, despite a tight playoff positioning race in which just 0.5 games separate the Los Angeles Clippers, the Nuggets and the Utah Jazz in the second through fourth seeds in the Western Conference.

While the All-Star break may be timely for Denver, the February 6 trade deadline is less so. Conventional wisdom had the Nuggets amenable to making at least one deal in order to consolidate the aforementioned logjam of talent on their deep roster. That would likely be in hopes of acquiring a player such as a defensive wing who could bolster their chances for postseason success.

But with their ranks now depleted by injuries, it would seem that the odds will increase for the Nuggets to stand pat as they did last season, as it would be nearly impossible to simultaneously remain reasonably competitive with so many key players out and trade away bench players of sufficient value (Beasley first and foremost) to land a return package which would improve the team in the short term.

In the meantime, the most interesting thing to watch will be how Malone manages his starting lineups and rotations. In Millsap’s absence, Grant has been starting at power forward, but with Plumlee now out he effectively becomes Denver’s only viable backup center behind Nikola Jokic. This could lead Malone to start Porter at the four with Grant coming off the bench, but a reserve unit of Dozier, Beasley, Vlatko Cancar, Juancho Hernangomez and Grant could be an ominous enough prospect to start Juancho instead and keep Porter coming off the bench in order to prevent the Nuggets from completely falling off a cliff when the backups go in.

The Athletic’s Nick Kosminder also reports that with both Millsap and Plumlee out, Malone may find additional playing time for forward Jarred Vanderbilt, who for the most part has thus far been limited to garbage time:

The current incarnation of the Denver Nuggets in the era of Jokic and Malone has built an identity of resilience as a team which, although they may at times drop “should-win” games by playing down to lesser opponents, has more often than not found ways with their backs against the wall to dig deep and come up with gritty, hard-fought wins.

That gutsy, scrappy aspect of this Nuggets team’s character is about to be put to the test like it never has so far this season, and how they respond could have a big impact – positive or negative – on how their season shapes out.

Podcasts And Livestreams: 15 Ways You Build Your Brand Without Being Promotional

IBM Security BrandVoice: Passwords Are Fossils: How Digital Trust Is Shaping The Future Of Identity And Access

Cadbury Plans To Make A Vegan Version Of...