Breaking
OpenSooq, The Best Website to Buy Used Cars...
Hot Tips to Reduce MacBook Pro Fan Noise
How to Make the Most Out of Your...
7 Examples Of Using AI For SEO
Why you Should Always Try the Demo Slots...
How to Launch a New Restaurant Business
Start the Year Debt Free
How to clear a browser cache on a...
Which are the best software providers of slots...
How Investing Can Help You Save For Retirement
Top progressive betting strategies for slot machines
Key Software Tests to Conduct Before Product Launch
Why so many people play slots online in...
Why businesses should prioritise Cyber Security
What You And Your RTO Business Need To...
4 SEO Trends for Websites You Should Not...
Home General As Musk’s $188.5B Net Worth Tops Bezos’, Tesla Will Beat Bitcoin To $1 Trillion Market Cap
General

As Musk’s $188.5B Net Worth Tops Bezos’, Tesla Will Beat Bitcoin To $1 Trillion Market Cap 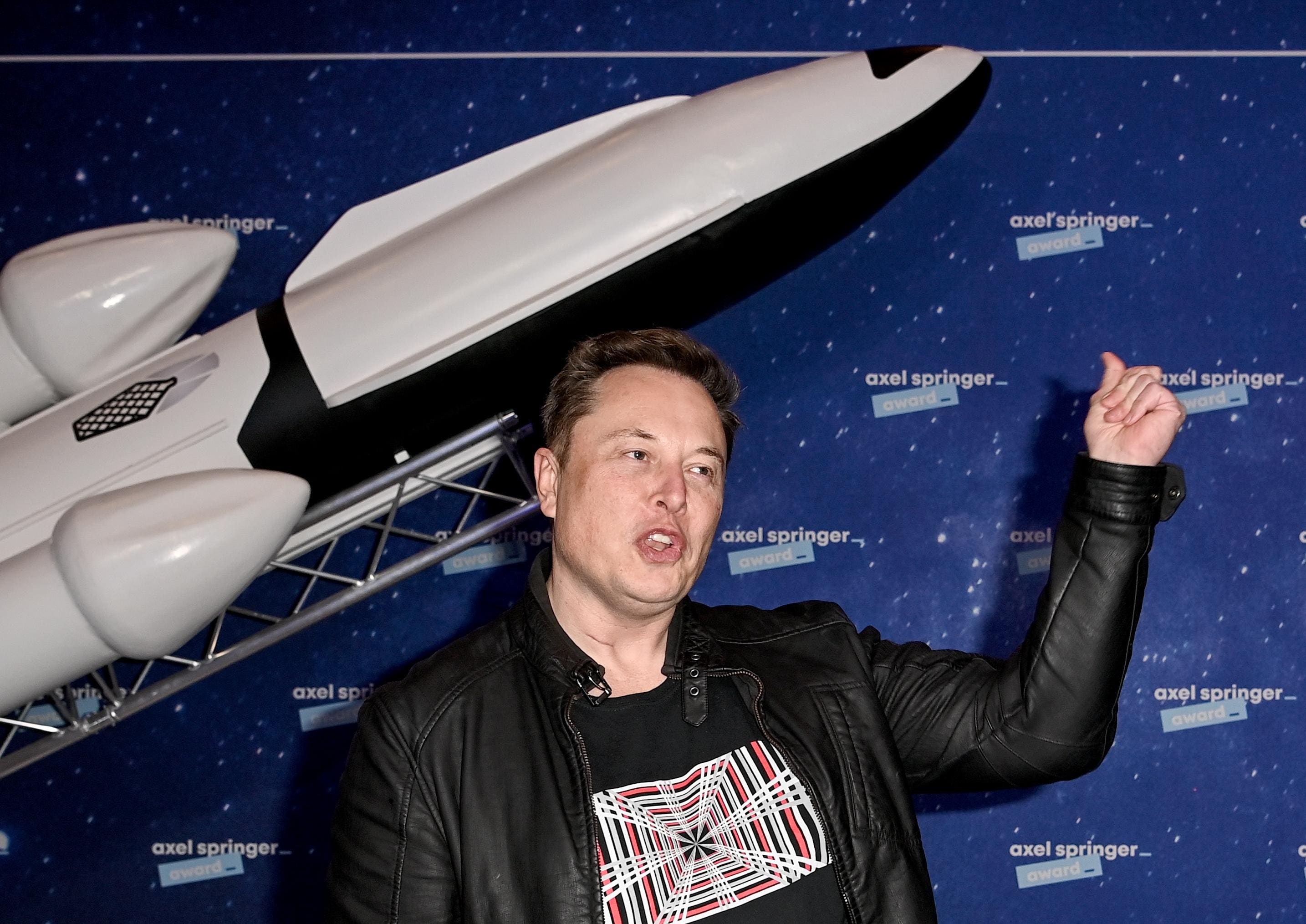 The net worth of Tesla’s Elon Musk hit $188.5 billion — surpassing Jeff Bezos’s by $1.5 billion, according to Bloomberg. Meanwhile, Bitcoin hit an all-time high of $39,518 — yielding a market capitalization over $700 billion, noted CNBC.

Which is a better bet — Tesla stock or Bitcoin? At the rate these two are growing, Tesla is a better bet. Bitcoin has risen 380% in the last 12 months while Tesla has soared 750%.

To me, they both look like bubbles — but there is nothing to stop them from expanding even more.

Musk — who is also CEO of SpaceX — has had a great year. He added $150 billion to his net worth in the last 12 months — “possibly the fastest bout of wealth creation in history,” according to Bloomberg.

Musk holds a 20% stake in Tesla and has $42 billion of unrealized paper gains on vested stock options he received in 2012 and 2018. Bloomberg noted that the latter was “the largest pay deal ever struck between a CEO and a corporate board.”

Musk’s net worth journey sent him zipping past many of the icons of American business. He started 2020 with a net worth of about $27 billion. According to CNBC, he passed Warren Buffett to the number seven spot last July and passed Bill Gates to take the second richest spot in November. Two months later — thanks to a more subdued stock market performance by Amazon — Musk had topped Bezos.

While I do not grasp the fundamental case for the increase in Bitcoin’s value, more institutional money is chasing Bitcoin’s price up. CNBC reported that “high-profile investors like Paul Tudor Jones” have been buying Bitcoin.

Those who are bullish on the digital currency argue that, like gold, it is a potential safe haven and a hedge against inflation which analysts say will soar as “governments around the world embark on large scale stimulus programs,” CNBC noted.

Of course they said the same thing in 2008 when the U.S. government poured trillions into the financial system to rescue it after the financial collapse. Since then, inflation has remained quiescent even as interest rates have fallen even further.

Meanwhile, JPMorgan put the weight of its reputation on a forecast that Bitcoin will rise another 2.7-fold to hit $146,000. This has helped drive retail investors into Bitcoin driven by fear of missing out.

To be fair, Bitcoin is being used for payment. As Anthony Pompliano, co-founder of crypto hedge fund Morgan Creek Digital, told CNBC, “There was more usage of the bitcoin payment rails than some of the most popular fintech products.”

A Bitcoin critic, David Rosenberg, sees Bitcoin as a bubble. As he told CNBC, “The parabolic move in bitcoin in such a short time period, I would say for any security, is highly abnormal.”

Given that Tesla’s revenues have been growing at a 52% average annual rate over the last three years, according to Morningstar, its stock price is rising far faster than its revenue growth would justify.