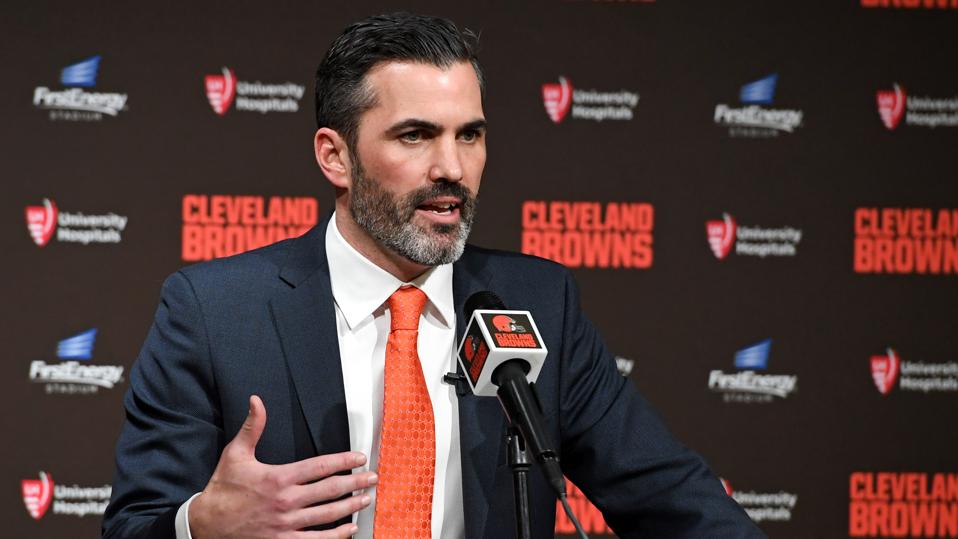 Kevin Stefanski had April 5 marked on his calendar. That’s the day the Browns were scheduled to begin their offseason conditioning, the day Stefanski could start implementing the adjustments he deemed necessary while watching tape these last few months.

Those plans are on hold now. When the government extended the nation-wide social distancing guidelines on Sunday, it also delayed the Browns’ team-building process.

NFL teams are already facing challenges due to the COVID-19 pandemic. Pro days have been canceled, free agents are being introduced via conference call and the NFL might hold off on releasing the 2020 schedule.

Larger concerns loom ahead. If the virus lingers as long as some scientists suggest, it could affect training camps and (gulp) the season itself.

These obstacles could impact the Browns, who will need every practice to prepare for the season under a new coaching staff and front office. Here are the challenges they could encounter with their offseason program, the draft and beyond.

As previously stated, Stefanski was looking forward to his first extended in-person look at the Browns roster. He planned to watch lots of film on his roster between his January hiring and April 5. Once the team gathered, he could address any adjustments he saw fit.

Stefanski can still communicate individual adjustments to players, but the start of offseason conditioning also marks the starting point for team chemistry. Pushing through those offseason programs lays the foundation for the camaraderie of which great teams often speak.

That goes for coaches, too. April 5 would’ve been Stefanski’s first chance to build trust with players and the first chance for players to acclimate to his coaching style. Depending on how the virus situation plays out, the Browns may not be afforded the luxury of a feeling-out period.

Good news: the Browns spent extra time with the 2020 draft class at the Senior Bowl, and all of the top left tackle prospects participated in combine workouts. So the Browns weren’t going to be as pro day-reliant as some teams.

Still, pro days are the only environments in which some players participate in drills. What’s more, the Browns won’t earn as much face time with prospects. That lack of face time probably wouldn’t stop them from drafting a player they like, but front offices value those face-to-face interactions.

In the meantime, they have plenty of film and statistics to evaluate. Analyzing prospects’ college production will be more important than ever in 2020.

We don’t know how COVID-19 will impact the rest of the NFL offseason, but further scheduling alterations won’t favor the Browns. They’re trying to set a new culture while implementing new schemes under a new coaching staff. They’ll need time to gel.

It takes time for an offense to build rhythm. It’s impossible to say how much Odell Beckham Jr.’s absence from 2019 OTA’s and much of training camp hurt his on-field performance. But it couldn’t have helped.

The defense needs time to learn to play together under new coordinator Joe Woods, too. We haven’t even mentioned rookies becoming acclimated to NFL schemes yet.

Minicamp starts at the end of May, training camp in July. Preseason games begin in August. If any of those practice periods are condensed or canceled, the Browns will be scrambling to prepare for Week 1.

Think Like A Million-Dollar, One-Person Business Owner During The Coronavirus Crisis

Is This Bear Market Returning To Hibernation Or Here To Stay?

Options For Leveraging Your Home’s Equity: HELOCs And...

Why Obamacare Supporters Should Favor the Trump Administration’s...

Van Gundy Returning To Knicks? That Would Change...