Home Business As We Go It Alone, What Does A Post-Brexit Britain Have In Store For Retail?
Business

As We Go It Alone, What Does A Post-Brexit Britain Have In Store For Retail? 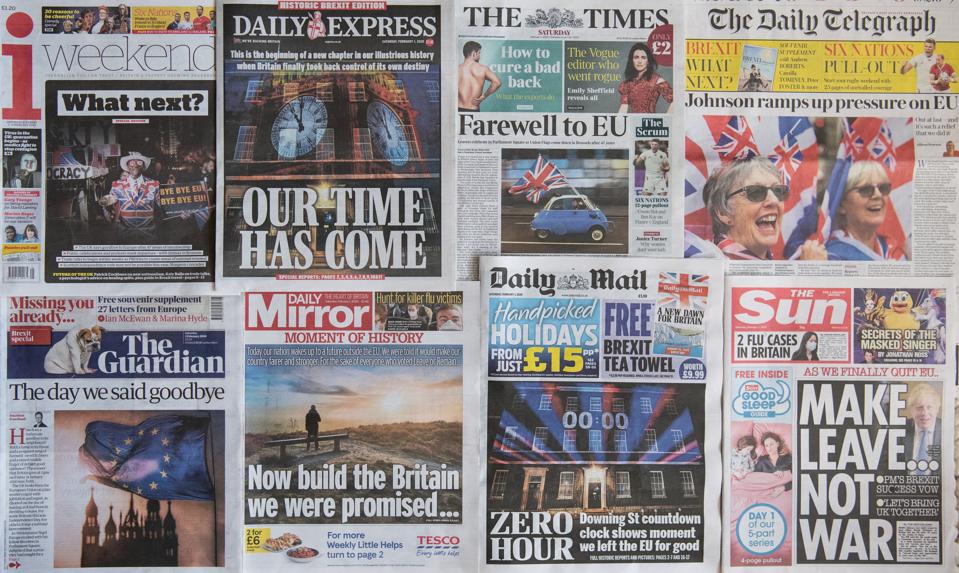 Au revoir, auf wiedersehen, adios, farvel or just plain goodbye, because in whatever language one chooses, it means the same thing. After 47 years, we have left the European Union. And following the turmoil of the last three and a half years, when families were ripped apart, friendships tested to the maximum and relationships threatened like never before, it all seems like a bit of a damp squib.

I don’t know about you but as I opened the curtains this morning, it seemed as if nothing had really changed. The sun rose in the sky as usual, the birds still sang and my passport still stubbornly refuses to change color. What a let down.

And with great British stoicism, not to say humor, leave or remain, we are finally united as one nation and, come what may, we are going to make the best of it. Together, we’re going to unleash Britain’s potential and, according to prime minister Boris Johnson, we are being urged to “find closure and let the healing begin”. Taking back control never felt better.

If only divorce were that simple.

Anyone who has had the misfortune to endure a divorce will tell you, just like love, the course of separation never runs smoothly. And there’s one sector which stands to suffer more than most as we embark on what is sure to be an uncertain transition period, and that’s retail.

The challenges that Europe faces, and the opportunities that it can grasp, have not changed because of Brexit. As part of this, we want to have the best possible relationship with the UK. But it will never be as good as membership.

Because, for those who think we’ve finally “got Brexit done”, I’ve got news for you; it’s only just beginning. The deadline for completion of the divorce negotiations has been set as December 2020 but as EU Commission president, Ursula von der Leyen recently said, that it is “basically impossible” to agree by the end of this year and that negotiations will be “tough”.

It seems then that if we want to keep the dog and the record collection, we may need to make sacrifices elsewhere. And this will almost inevitably hit the high street hard.

Consumer confidence has been at pretty much an all-time low for many months but in the immediate euphoria of a post-Brexit Britain, it would seem that optimism is flooding back.

But that would be to apply an overly optimistic analysis of where we find ourselves. The emphasis is now shifting to trade and tariffs which will become our staple news diet for many months to come.

We need a UK-EU deal which puts consumers first: one that continues zero-tariff trade and minimises any new barriers to trade. Without these, it will be the public who will face higher costs and reduced choice on the shelves

Retail supply chains, especially those of grocers, are fiendishly complex and rely on a whole myriad of moving parts, working seamlessly in perfect harmony, if we are to continue to enjoy an abundance of avocados and a ready supply of strawberries.

And while nothing should change during the transition period, our experience in the fruit and veg aisle will largely depend on what kind of trade deals the government strikes. And as British Retail Consortium chief executive, Helen Dickinson said, “Most important among all the government’s negotiations is the need for a comprehensive trade deal with the European Union”.

But it’s not only the type of trade deals which are struck which threatens the consumer, it is the uncertainty created by government plans for a new post-Brexit immigration regime which could lead to a skills shortage for manufacturers and suppliers. With the inevitable impact on the consumer.

However, trade deals, tariffs and quotas remain at the very top of the transition period agenda and they are the things that threaten retail and the consumer the most. And with Mr Johnson and Ms von der Leyen establishing their own red lines, it seems that a rather unseemly divorce is almost inevitable.

In the face of this, conjuring up the spirit of the blitz and good old fashioned British stiff upper lip might be the order of the day. But if the negotiations with Brussels to date felt bruising, they were but a precursor to the entrée, and, as with any divorce, it’s always the children who suffer.

U.K.-Based Rapper J Hus Charts His First No. 1 Album In His Home Country

‘Avengers’ And ‘Avatar’ Are Returning To China, So...