Breaking
Sunday’s Google Doodle Is Actually About Google
Office Of The Comptroller Of The Currency Chief...
Source Code For Multiple Windows Operating Systems Publicly...
Why Forgettable Pfizer Really Is A Great Value...
Hot For The Holidays? Amazon Home Drone, Kid...
Best Small Business Loans
The FAAMG Stocks Drive The Markets
Mall Of America Extends A Hand Of Unity...
Surprise Samsung Galaxy S20 FE Beats Google Pixel...
After Apple And Tesla, Berkshire And Amazon Should...
Is It Wrong To Be Rich In Poor...
‘C&C’ Is 25: How ‘Command & Conquer’ Revolutionized...
Archeologists Vs. Spirit Mediums Exhuming Human Remains In...
Blow To Bitcoin As Portnoy Warns Cryptocurrencies Are...
What an Effective Business Cloud Must Include
5 Ways to Make Running a Business Easier
Home Business Asia’s Richest Man Is On A Roll With Fourth Deal In Less Than A Month For Jio Platforms
BusinessFinance 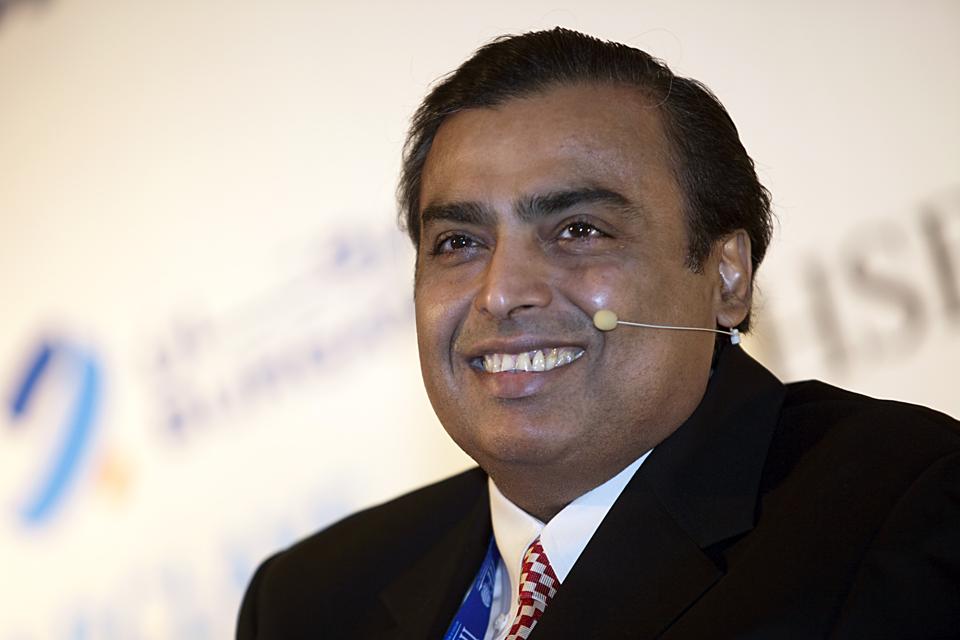 India’s Mukesh Ambani, the richest person in Asia, bagged another deal for Jio Platforms—its fourth in the past three-and-a-half weeks. On Sunday, the telecom and digital unit of Reliance Industries, Ambani’s oil and gas giant, said New York-based private equity firm General Atlantic will buy a 1.3% stake in it for 66 billion rupees (about $870 million).

The Jio investments started with a bang on April 22, when social networking giant Facebook agreed to acquire close to 10% for $5.7 billion. That was quickly followed by California-based private equity firm Silver Lake Partners saying on May 4 that it would acquire just over 1% in Jio for $748 million. And barely a week ago, U.S. tech fund Vista Equity Partners also said it will buy a 2.3% stake in Jio for $1.5 billion.

So far Ambani, who has a net worth of $53.7 billion, raised $8.8 billion from selling around 15% in Jio. General Atlantic’s investment values Jio at $65 billion—the same amount as Vista Equity Partners’ deal and a 12.5% premium to the first investment, by Facebook.

Ambani, who serves as chairman and managing director of Reliance Industries, said in a statement that he was “thrilled” to have General Atlantic as a partner—a firm that he admired for “its belief in India’s huge growth potential.” (Disclosure: Reliance Industries owns Network18, a licensee of Forbes Media.)

Bill Ford, chief executive of General Atlantic, said in a statement that his firm shared “Mukesh’s conviction that digital connectivity has the potential to significantly accelerate the Indian economy and drive growth across the country.”

Ambani’s elder son, Akash, a director of Jio Platforms subsidiary Reliance Jio Infocomm, added in the statement that the investment “energizes Jio’s young team to set, and achieve, even more ambitious goals in our onward march.”

With 388 million subscribers, Jio has become Reliance’s growth engine, helping—along with the company’s fast-growing retail arm—to offset the decline in oil and petrochemicals. Its total annual revenue increased by 5% to $87.4 billion and it reported a net profit of $5.3 billion in the fiscal year ended March 2020.

The latest investment reinforces Jio’s appeal as India’s pre-eminent digital platform, says Ajay Bodke, chief executive and chief portfolio manager of Prabhudas Lilladher, a Mumbai-based stockbroking firm. “These investors do not invest in plain-vanilla technology firms, but only in technology platforms,” he notes.

General Atlantic has been investing in India for close to two decades. Some of its current investments include online edtech company Byju’s, founded by billionaire Raveendran Byju, as well as retail chain DMart run by Radhakishan Damani, another Indian billionaire.

Balancing Local And Global: How Does Ohio University Best Serve Its Stakeholders?