Breaking
Parrot Plumage Color May Be Linked To Body...
Recent Precious Metals Dip A Buying Opportunity
Looking For Venture Capital? Here’s How One 50+...
Growing Your Retirement Money Using 401(k) Dollar-Cost Averaging
Wellness Exec Abby Miller Levy Partners With Venture...
Microsoft Teams Issues Strike To Zoom With Tidal...
What’s Coming For The S&P 500 In October
4 Ways You Can Showcase Empathy With Your...
A $22,000 Microsoft Surface Will Soon Be For...
Zooming In – Should SMEs Invest In The...
iOS 14: The Surprising Security Risk Of Sharing...
How A Break From Lord Sugar Changed The...
Sunday’s Google Doodle Is Actually About Google
Office Of The Comptroller Of The Currency Chief...
Source Code For Multiple Windows Operating Systems Publicly...
Why Forgettable Pfizer Really Is A Great Value...
Home Business At Least 12 Cities Are Defunding Their Police Departments
Business

At Least 12 Cities Are Defunding Their Police Departments

At least U.S. 12 cities have cut funding from police department budgets or decreased officer numbers with several more in the process amid a national reckoning over systemic racism and police brutality, according to a Forbes tally. 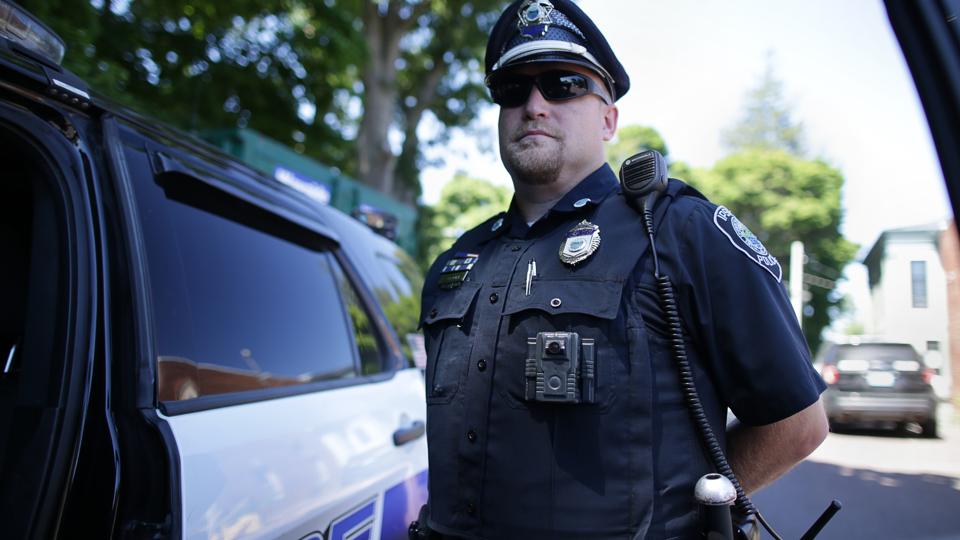 Though months of Black Lives Matter protests have brought the Defund the Police debate to the fore, … [+] the notion of slashing and re-allocating police funds is far from universally popular.

Seattle is the latest city to announce a police defunding effort, with the City Council on Tuesday passing a cut of $3.5 million to this year’s budget and 100 fewer police officers; Police Chief Carmen Best resigned shortly thereafter.

Also in California, San Francisco approved a $120 million cut to the police and sheriff’s department, promising investments in Black residents, and Oakland passed its own $14.6 million budget reduction.

A $15 million police budget cut also hit the nation’s capital, Washington D.C., in July, where the Defund the Police movement has become a hot button issue in the run-up to the 2020 election, with President Trump erroneously accusing competitor Joe Biden of supporting closing police departments.

Baltimore; Portland, Oregon; Philadelphia; Hartford, Conn.; Norman, Oklahoma; and Salt Lake City also all approved the collective elimination of hundreds of police jobs and tens of millions of dollars from their department budgets.

Several other cities, including Austin, Texas, are mulling the reallocation of funds within their own departments.

“This experience should be a lesson to state and local leaders about the real costs of irresponsible proposals to defund the police,” wrote U.S. Attorney General Bill Barr of Best’s resignation.

Minneapolis, the city where George Floyd died, has recently encountered friction regarding the City Council’s pledge to disband the police department. A state charter commission on Wednesday tabled the measure for further study for 90 days, which prevented it from being put up for approval by voters in November.

Though months of Black Lives Matter protests have brought the Defund the Police debate to the fore, the notion of slashing and re-allocating police funds is far from universally popular. According to an Axios-SurveyMonkey poll, just 34% of Americans have a favorable view of the movement, while 53% do not. Some are pointing to recent spikes in gun violence in cities nationwide, including New York and Chicago, as reasons why police funding should not be decreased. Several cities have moved to raise police spending, including Houston; San Diego; Durham, North Carolina; and Nashville, Tenn.

Trump has used the polarizing Defund the Police movement’s association with the left to combat Biden, saying: “Sleepy Joe Biden and the Radical Left Democrats want to ‘DEFUND THE POLICE’. I want great and well paid LAW ENFORCEMENT. I want LAW & ORDER!” However, Biden has repeatedly insisted he has no intention to cut blue uniform budgets.

“The Movement To Defund Or Disband Police: Here’s What You Need To Know Now” (Forbes)

How to Choose The Right Digital Marketing Agency