Breaking
Best Incentive To Get Vaccinated: Money, Messaging, Or...
Page Level Query Analysis at Scale with Google...
How A CIO Can Align IT With Business...
Blogger of the Month: Jo, Girl Eats World
6 Things Women In Business Know That Men...
How to Use First-Party Data for Ad Personalization
Pressing Reset—Putting A Fallen Unicorn Back On Its...
How We Went Viral: Promoting Content with Influencers,...
Blame Olympic Record Price Tag For Return To...
Apple iOS 14.5 Release: Should You Upgrade?
Why Gaming Gear Company Razer Launched A $50...
Technical SEO Implementations to Increase the Impact of...
30 Brilliant Ways to Market Your Eco-Friendly Shopify...
15 Tech Industry Leaders Share Overused (And Misused)...
How to Use Amazon Posts to Promote Your...
U.S. House Passes Bill To Create First Crypto...
Home Technology Australia’s Trash Is Becoming Someone’s Electricity
Technology 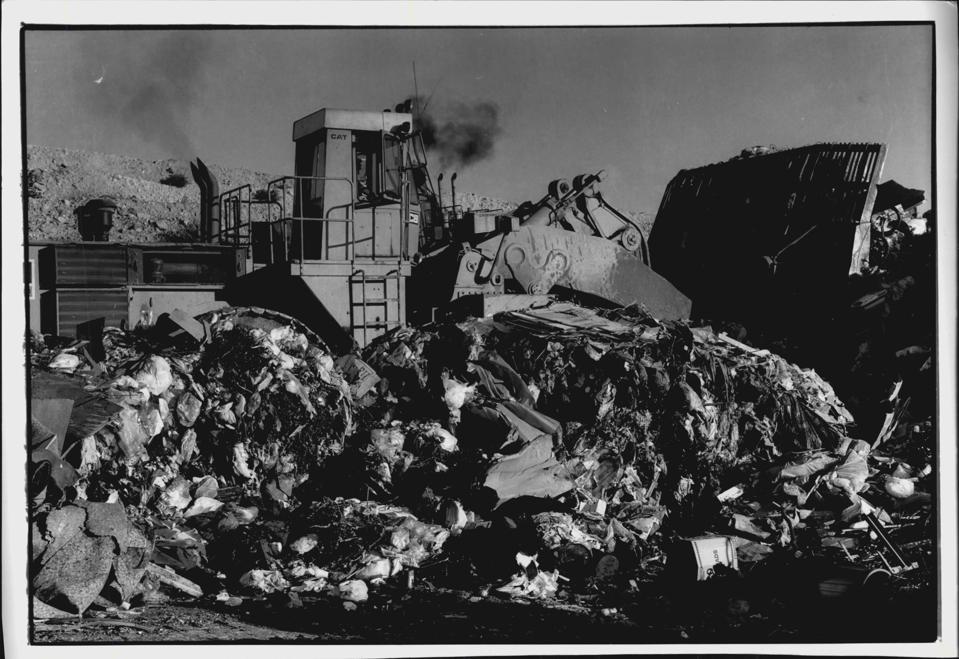 Domestic garbage being bulldozed at the tip out at Lucas Heights.A bulldozer tackles yet another … [+] mountain of garbage at Lucas Heights.Modern Australians have a proud record of breeding vast colonies of seagulls.But that is about the only positive side to this society’s sorry history of landfill waste disposal.The Government’s new policy is an admission that most of its previous efforts to deal with our ever-growing mountains of garbage have failed.And the title No Time to Waste is almost a sick joke, considering the leisurely pace at which this policy was developed. June 23, 1994. (Photo by Dean Sewell/Fairfax Media via Getty Images).

Australia’s landfills are reaching capacity, forcing leaders there to find new solutions — one that involves turning waste into electricity. The results are helping to reduce trash-levels while also creating bio-energy and a sustainable fuel.

The technology is now part of the global effort to reduce CO2 levels. Developing countries that have limited landfill space and a need to go green are especially good prospects. But it is not a panacea, given that the waste-to-energy conversion process is energy intensive and that there are other options.

“Where you can possibly reuse, recycle you should do it,” says Mac Irvine, acting head of Waste and Bioenergy for Australia-based Clean Energy Financing Corp., or CEFC, that is providing $57 million of the total $510 million cost of this waste-to-energy project. “But if it gets to the point where it would go to a landfill, then this technology is a better alternative. It is not a silver bullet to curing the world’s waste issue. But it does prevent 300,000 tons of municipal solid waste that would otherwise go into landfill.” United Kingdom-based John Laing Investments and Australian Renewable Energy Agency also provided funds.

Irvine’s comments came at a roundtable discussion with reporters during the World Future Energy Summit in the United Arab Emirates (UAE) in January.

It is a joint venture between Masdar and the Tribe Infrastructure Group. Masdar, which is a renewable energy company based out of the UAE, is a subsidiary of the Mubadala Investment Co. Masdar controls 40% of the investment that will generate 29 megawatts of baseload renewable energy, which is enough to power at least 36,000 homes and to displace more than 300,000 tons of CO2 emissions per year.

The East Rockingham Resource Recovery Facility will be located 40 kilometers south of Perth in Western Australia. Construction is now underway and is expected be done in 2022. Besides processing 300,000 tons of non-recyclable municipal, commercial and industrial waste per year, it will do the same for 30,000 tons of biosolids a year while recovering bottom ash and then using it to build roads and as a feedstock for other construction materials.

“The problem of dealing with everyday waste is a global challenge, with more than 2 billion ton of municipal solid waste generated each year,” Mohamed Jameel Al Ramahi, Chief Executive Officer of Masdar. “To this end, we are proud to be helping the state of Western Australia to deliver clean sources of power generation and sustainably manage its municipal solid waste.” Masdar’s Renewable Energy portfolio holds investments from 30 or more nations.

The East Rockingham Resource Recovery Facility is Masdar’s second waste-to-energy foray. In 2017, Masdar and UAE-based Bee’ah developed the Sharjah Waste-to-Energy Facility, which turn 300,000 tons of municipal waste into electricity in 2021.

Acciona Concesiones and Hitachi Zosen INOVA (HZI) are designing and constructing the facility. SUEZ will lead the operations and maintenance of the facility under a 20-year pact.

According to Australia’s Department of the Environment and Energy, the country produces about 67 million tons of waste a year, with more than 21 million tons of that ending up in landfill sites. Solid waste disposal accounts for about 1.6% of its greenhouse gas emissions.

“Banks have to be comfortable with the merits of the project. Australia requires a thorough and rigorous environmental process,” says Peter McCreanor chief executive of Tribe, during the roundtable discussion. “The various Australian state governments have placed levies on waste going to landfill as a deterrent. Our off-taker is a large industrial customer.” 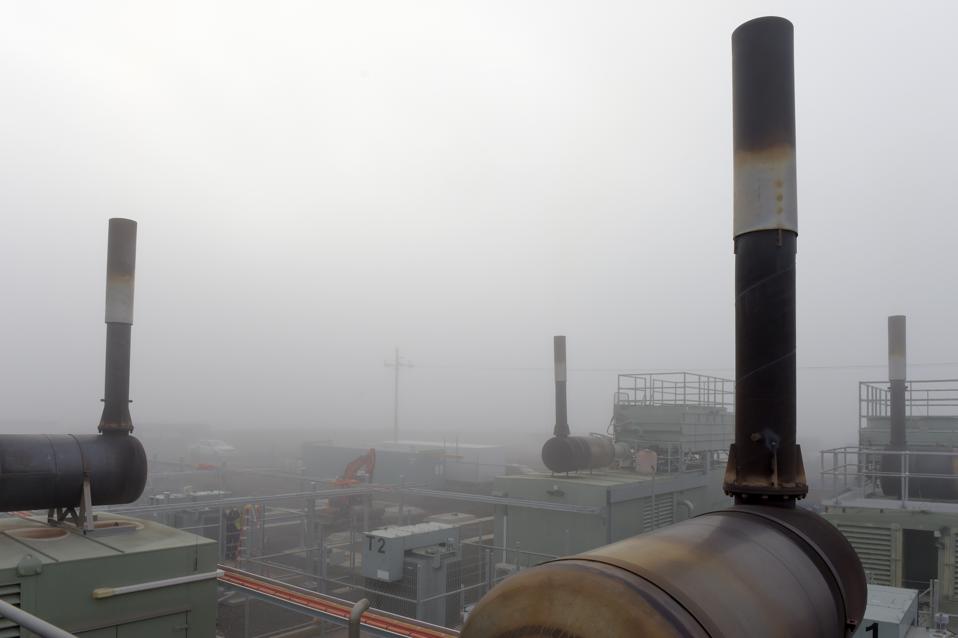 Generators that produce electricity from methane gas stand at the Melbourne Regional Landfill site, … [+] operated by at Cleanaway Waste Management Ltd., in Ravenhall, Victoria, Australia, on Wednesday, June 14, 2017. Cleanaway, the nation’s largest garbage company, has the potential to extract enough gas from rotting rubbish to produce electricity for as many as 80,000 homes, according to Chief Executive Officer Vik Bansal. Photographer: Carla Gottgens/Bloomberg

Waste-to-energy is a form of biomass: everyday garbage is used as a feedstock to create electricity or heat. The other options are that the trash goes into a landfill and is subsequently incinerated or it is recycled. As for Landfill sites, they contain harmful pollutants that can leach into the soil while gases from decomposing materials will form potent methane emissions.

According to the U.S. Energy Information Administration, burning municipal solid waste reduces the volume of such waste by about 87%. The Environmental Protection Agency further estimates that these facilities save about 1 ton of greenhouse gas emissions per ton of trash burned.

No doubt, taking waste and converting it to energy is a process that is too dirty for some developed countries. Moreover, the cost of transforming the waste into electricity is more expensive than recycling or re-using it. But some trash must literally be tossed, which thus creates a market for this technology.

To that end, there are about 420 waste-to-energy plants in Europe. And China has 339 such plants that produce 7,300 megawatts of electricity. That is expected to grow to 10,000 megawatts and 600 plants in short order.

“Dealing with non-recyclable waste is a part of any consumer-driven society,” says Edward Nicolas, executive director of Tribe. “It reduces the waste. When we do create waste, it has to be environmentally sustainable. From a sustainability perspective, it is the forgotten child. It is the last mile. There is enormous opportunity because it is better than putting the trash into a hole in the ground — whether you are in Kentucky or Kingston.”

Countries are on a quest to limit their waste disposal while expanding their green energy usage. If East Rockingham Resource Recovery Facility is a success, similar waste-to-energy projects could begin appearing around the globe.

Here Are The Countries Banning Recent Travelers From China Over Coronavirus