Breaking
Women Of Color Hill Staffers Talk New Economic...
Are You Ready For A Jaw-Dropping December? How...
FIFA 21 Next-Gen Details Revealed For PS5 And...
Being Right At Being Wrong
Click And Collect: How Retailers And Restaurants Can...
Biden’s Stock Market Is Off To A Faster...
How To Avoid Social Media Misinformation Ahead Of...
The True Cost Of Losing An RFP
When Cause And Effect Converged With Humanity
Exxon Mobil Breaks Above 200-Day Moving Average –...
This Small Business Is Looking To Make America’s...
This Woman Invented Something 160 Million Americans Will...
6 Questions To Practice Gratitude This Thanksgiving
Report: Facebook Tweaked News Feed After Election Day...
End The Month Strong With These Top Value...
From Maths Failure To Global Educator: How Knowledgehook...
Home General ‘Avengers’ Cosmic Gear, New SHIELD Base And Tachyon Rifts: A Review
General 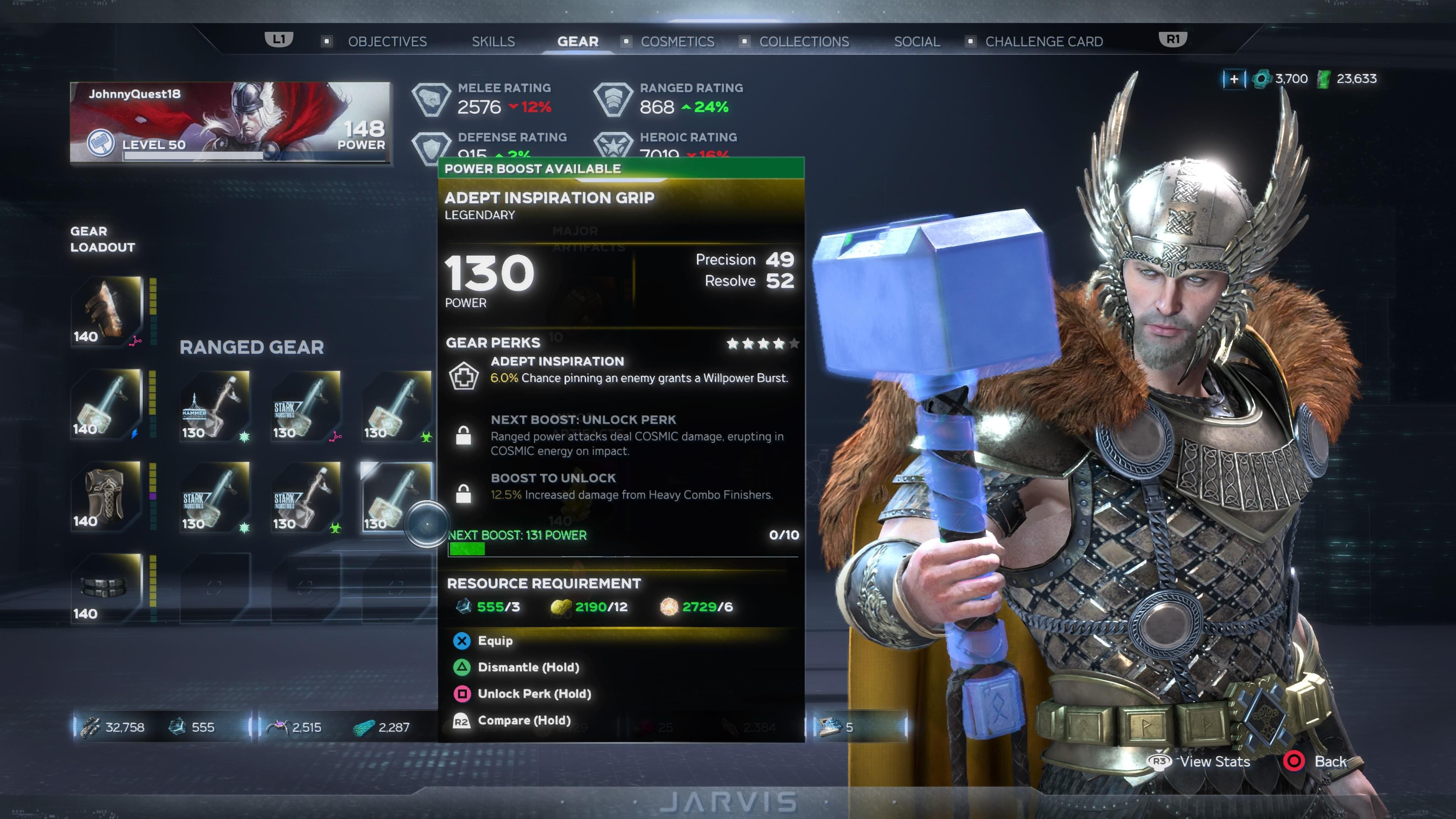 Alright, I have spent an hour playing the new Avengers content that launched today which did contain some “story” bits in the form of a brief cutscene with Maria Hill as you enter the new SHIELD base, Substation Zero, which went live along with new Tachyon Rift missions today.

There are some sort of weird “time storms” going on, and these missions are how we collect data on them. What purpose this serves and if this is leading into Kate Bishop/Hawkeye stuff, I don’t know, but I hope so.

Substation Zero is an impressively built new zone, though I remain somewhat mystified about why it exists. It shares all the same vendors as the Helicarrier and so far, does not appear to be offering anything new except maybe an easter egg or two, so I’m not quite clear on why Maria Hill couldn’t come to our original base instead. Perhaps it will serve some larger purpose in the future, but for now it’s just…a nice looking place, I suppose.

The “meat” of this update are the Tachyon Rift missions which are bound to be controversial, I imagine. They are essentially “reskins” of existing missions. One I played today of two available was a re-do of a Black Widow chain mission I did a month ago.

There are three modifiers in play here that make these much more challenging than traditional missions:

– All enemies have “elite team” style overshields which make them much tankier until you break them.

– You will constantly be losing health, meaning you have to use your combat abilities, takedowns or willpower jars to regain health as you play, but it’s not that severe. Weirdly, the continually taking damage effect constantly triggered the Jarvis Barrier on my Thor which practically made him immune at all times.

– Finally, the mission is on a timer. There are little circles that will appear around the map that will add 5-20 seconds to the clock and if it gets to zero, you fail. What this means in practice is that you will probably need to be leaving fights to fly around the map to collect these quite frequently. In the map with other players I found this was constantly my job as Thor, a flier, as my teammates didn’t seem bothered with the timer at all.

Ultimately, the reward for these missions is access to Cosmic gear, a new elemental damage type that makes enemies take more damage and heals you once activated. I don’t have enough Cosmic gear to know just how good this element is yet, but it sounds good. It seems only the end-of-mission reward awards it, and I got two pieces for two missions.

The second mission, the Widow one, was much harder and the game would not let me use my AI team, only a matchmade squad (which still had one AI filling in the last slot in the end). I got an 80% clear on that because my teammates died a few times and only ended the run with a Cosmic Epic that wasn’t very good.

While Cosmic gear seems like a good addition to the game, I’m less sure how the community will take to A) the missions being new modifiers on old missions B) enemies being annoying tanky and awkward to fight with these shields and C) the mission being on a timer. I actually didn’t mind the health degeneration as it kind of makes you play creatively, but juggling that and the timer and these crazy enemies was more annoying than fun. If you’re looking for a big new reason to get back into Avengers, while this might be a “diversifying” addition to the mission roster, I don’t think it’s all that much being added in the end.

I want to get more Cosmic gear and I know there is Tachyon Rift specific gear that might make these missions a little more palatable but for now I’m not…super impressed by them. I’d rather go run the Hives that are now guaranteed to get me exotics after yesterday’s patch, but I guess I’ll try some other Rifts when the War Table adds more later.

How To Encourage Employees To Take Time Off And Recharge