Breaking
Meet Onesimus, The Enslaved Man Who Saved Boston...
How to Build a Sales Forecast Model
The Unexpected Ways COVID-19 Has Forever Changed What...
Google Posts: Conversion Factor — Not Ranking Factor
How To Bring Your Branding To Life
Coinbase Cofounders And Investors Poised To Rake In...
How To Stay Top-of-Mind For Your Audience With...
Employers: Eight Red Flags You May Not Notice...
The benefits of videoing in the automotive industry
Ted Lasso, Other Apple TV+ Shows Arriving Soon...
How To Incorporate Click And Collect Into Your...
What Are Working Capital Loans and When Should...
The 10 Biggest Trends in Entrepreneurship to Look...
Clubhouse Has Grown 10X In Two Months. Here’s...
Here’s Why Tyson Foods Stock Looks Undervalued At...
How To Maintain Client Relationships During Long Projects
Home Business Aviation Emissions Growth In 2019 Could Erase COVID19 Drop In 2020
Business 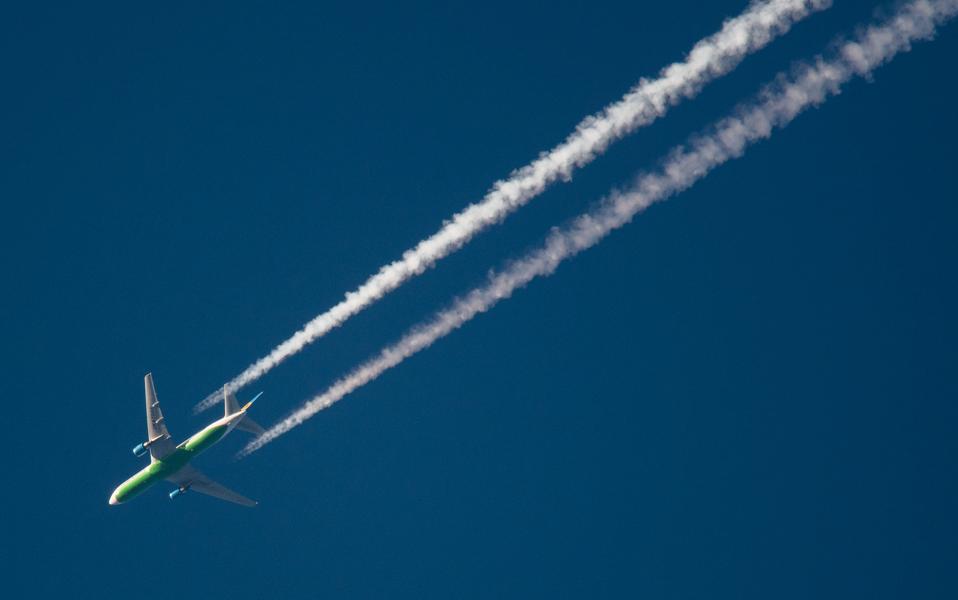 Although carbon emissions from aviation are expected to drop this year as a result of the sudden halt in travelling because of Coronavirus, the effect on global warming could be minimal according to European Union figures published today.

Fourteen of the 20 biggest polluting airlines grew their CO2 emissions within Europe in 2019 – according to the official EU figures. The 14 carriers released an extra 1.6 million tonnes of CO2 last year. The European Commission will publish the airline sector’s total emissions later this month.

The NGO Transport & Environment says the rise last year means aviation pollution is likely to grow again once the Coronavirus restrictions are lifted, unless the sector is required to take up green technology and pay taxes on its fuel.

“Airlines grew their emissions right up until this crisis,” says Andrew Murphy, aviation manager at T&E. “But this current bust will be followed by another boom in CO2 so long as aviation emissions remain untaxed and unregulated. Governments must break that cycle by sticking with the European Green Deal commitment to rein in emissions growth.”

Murphy points out that passenger numbers have repeatedly broken records in the aftermath of global shocks such as the 2008 financial crisis, the September 11th attacks, the Gulf War and the SARS outbreak, according to industry data. He says governments should support aviation workers through the current crisis, but airlines must be required to start paying taxes and use cleaner fuels once conditions improve.

Airlines say they need urgent financial assistance to stave off bankruptcy as a result of the crisis. They are also asking for a suspension of new environmental passenger taxes and to not be liable for compensation and refunds for cancelled flights applicable under normal EU passenger rights laws. At a global level, there are requests for the International Civil Aviation Organisation to suspend work on new CO2 reduction requirements.

The EU has already taken some action to help European airlines, such as suspending normal ‘use it or lose it’ rules for airport slots. Some countries, including Germany, are considering postponing new green taxes on aviation.

Environmental campaigners are concerned that airlines will use the crisis to defeat the momentum that has been building to end both airlines’ tax exemption and the free pollution permits they receive in the EU’s emissions trading system. The European Commission last week said it was exploring requiring airlines to start using cleaner fuels such as synthetic e-fuels.

But airlines say more taxes or restrictions will mean less airlines will be able to resume flying once this crisis is over. Some have argued that the drop in emissions expected as a result of the crisis means these green measures can wait. But campaigners say the steep growth in aviation emissions means such an effect will only be temporary.

What Does It Take For Time To Move In Two Directions?

Coronavirus, Economic Meltdown And The World Of Impact: Insights From Kate Danaher Of RSF Finance