Breaking
Why You Should Stop Using Your Facebook Messenger...
IRS Collections Appears To Be Broken
Google Search Rival DuckDuckGo Exceeds 100 Million Daily...
Intel: Poised For A Comeback?
Ignore These 4 Funds And You’ll Miss An...
5 Reasons Customer Service Employees Become Negative And...
Call Of Duty’s Dominance In The Gaming Industry...
How This Teen Yoga Instructor Became An Entrepreneur,...
7 Ways Pain-Free Ways Save $360 Per Month
Jeff Bezos Once Again The World’s Richest Person...
As The Bitcoin Price Whipsaws, These Radical New...
HHS Secretary Alex Azar Submits ‘Resignation Letter,’ Effective...
Tapping Into Health To Excel In Business
Weekend Favs January 16
Over 11,000 Ice Cream Cartons Recalled Due To...
My Top Ten Concerns About The 2021 Tax...
Home Business Back To The 90s For Oil, Says Goldman Sachs
Business

Back To The 90s For Oil, Says Goldman Sachs

It’s “back to the future” for oil, says Goldman Sachs, as low prices reshape the industry into how it looked in the 1990s, including a dominant position for the Organization of Petroleum Exporting Countries.

The return of OPEC as a major force in oil and gas production is one of five predictions in the bank’s latest edition of its Top Projects report. 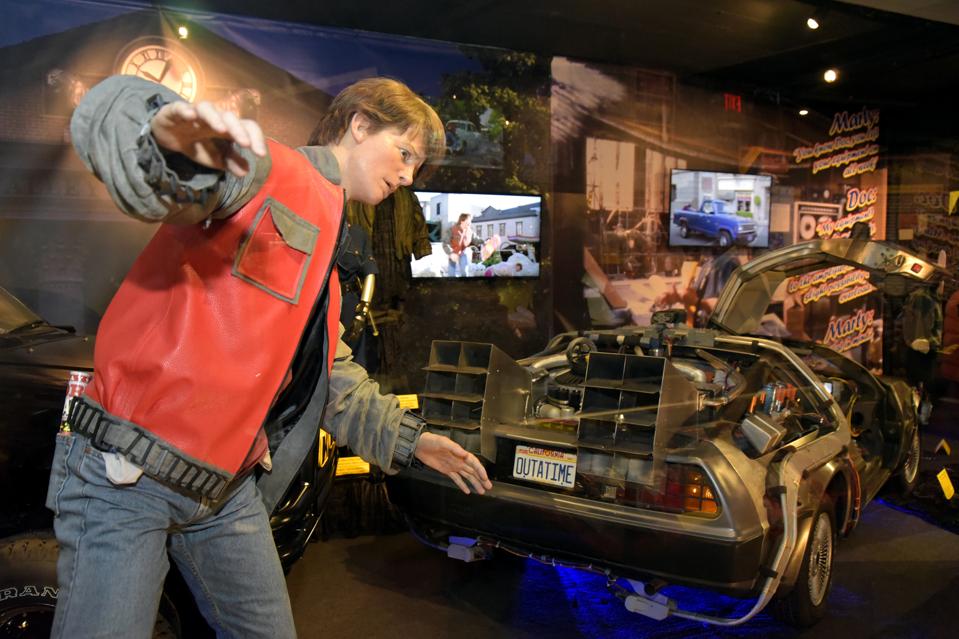 The oil industry prepares to fire up the DeLorean for a trip back to the 90s. (Photo by Michael … [+] Tullberg/Getty Images)

Other forecasts are for a significant decline in overall oil resources, an increased drive for capital efficiency, accelerating consolidation, and “the end of growth” outside the OPEC cartel.

In the 17th edition of its annual review of global oil and gas production, Goldman Sachs said the changes underway would lead to “a new equilibrium reminiscent of the 1990s”.

“Consolidation, capital efficiency and higher barriers to entry dominate the search for a new equilibrium in the oil market,” the bank said in its report titled Top Projects 2020.

The driving force behind a return to conditions seen 30 years ago will be demand from investors for higher profits as well as lower carbon intensity.

Goldman Sachs said it has identified a turning point in the oil and gas investment and production cycle that is arriving seven years after the 2014 oil-price peak which signaled the end of non-OPEC growth. 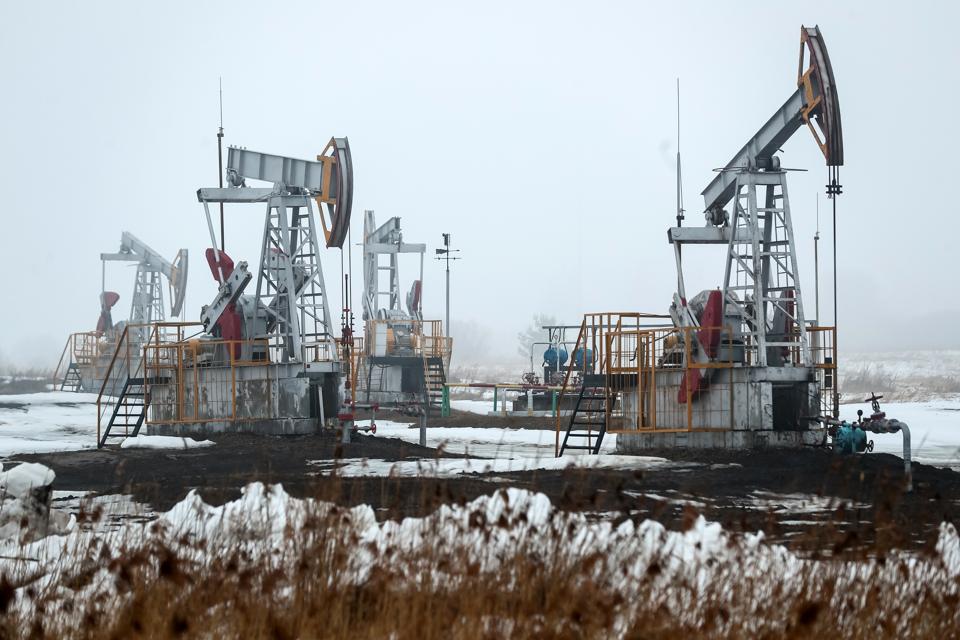 In oil everything old is new again. Yegor Aleyev/TASS (Photo by Yegor Aleyev\TASS via Getty Images)

This picture of change was similar to that seen in 1987 with a period of change occurring seven years after the peak in the 1970s oil-price cycle which led to a period of consolidation, capital discipline and improving corporate returns.

The first of the bank’s five points about the future of oil is under the heading “stranded assets” and forecasts a shift in focus from chasing production volume to seeking increased financial returns.

That trend will seen marginally profitable oil and gas remain in the ground and lead to a dramatic shrinkage of the world’s oil reserves.

The bank estimates that 79% of undeveloped resources will be profitable at a Brent-quality crude oil price of less than $60 a barrel compared with only 18% in 2014.

The greater focus on capital efficiency means a lot of potential projects are likely to be mothballed but the result of a decrease in project development will be the removal of surplus oil and gas, leading to a tighter market developing in the current decade.

Consolidation will follow the pattern seen in 2014 when the oil and gas industry started to become more concentrated “on the back of falling oil prices”. 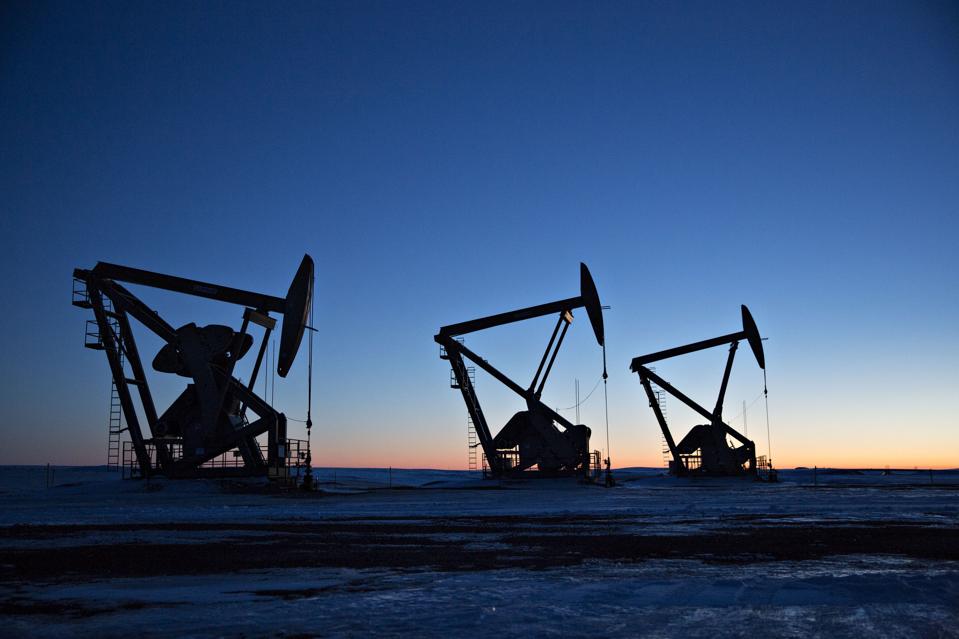 U.S. shale would be the last bastion of fragmentation but there were signs of change in that sector emerging, according to Goldman Sachs.

The bank expects the shale complex to use this down cycle to emerge as a more concentrated business focused on cash generation but also for there to be fewer players targeting double-digit growth rates.

OPEC members, according to the Top Projects report, are poised to make a comeback as the world’s dominant oil producers.

“Our Top Projects bottom-up analysis shows that we have entered a structural phase of no non-OPEC growth, driven both by a thinning pipeline of mega project deliveries and a slowing pace of U.S. shale growth,” Goldman Sachs said.

As well as an increasing reliance on oil from Persian Gulf members of OPEC the changing market could allow room for a potential return of currently disrupted supply from Venezuela and Iran, the bank said.

Liquefied natural gas (LNG) has a different outlook and while over-supplied this year a lack of new investment between 2014 ad 2017 will lead to potential gaps in supply before the next wave of LNG projects come on line from 2024.

“Our updated Top Projects analysis shows that LNG production growth slows materially from more than 40 million tons a year in 2019 to between 10-and-20 million tons in 2020-23,” Goldman Sachs said.

An improvement in the LNG market from 2023-to-2025 would likely see an enhanced role for Qatar, the world’s biggest exporter of liquefied gas and a smaller role for U.S. LNG exports, the bank said.