Breaking
In Need Of A Competitive Edge? Look To...
Think Small: Timely Picks To Capture The Reawakening...
Patient Gets Covid-19 Swab Lodged In Her Lung...
Nine Signs You’re Not Being Effective During Your...
Chromebooks Can Now Run Windows 10 – Find...
Will Biden’s Tax/Benefit Plans Help/Hurt You And The...
This Fashion Brand Turned A Stripe Into A...
Shots In The Dark: Why Access To A...
What Building Wealth Really Takes In Business
Building A Circular Economy In New York City...
How To Cast Your Vote Against Election Scams
New Science On Stress: Feeling Your Feelings Works...
Why Now Is The Right Time To Acquire...
7 Obstacles That Prevent People From Starting Businesses...
Booking Holdings Falls; Likely To Remain A Risky...
Apple iPhone Crushes Samsung Galaxy In Important New...
Home Business Bad Bunny Logs His Thirteenth Billboard Hot 100 Hit With “Vete”
Business 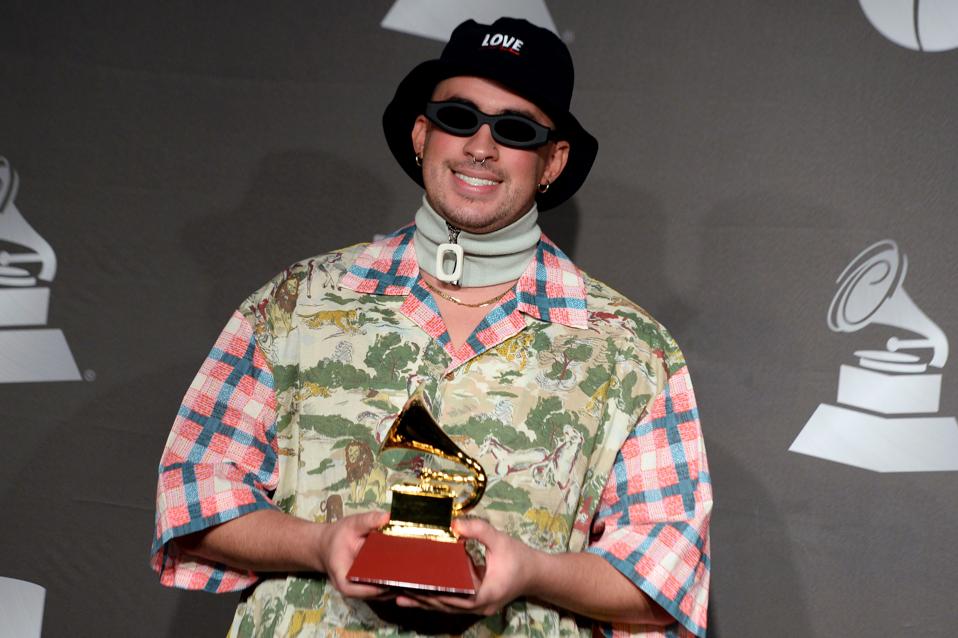 Looks like it’s Lucky 13 for Bad Bunny this week.

Fueled largely by online consumption, the catchy yet moody cut claims No. 33 in its opening frame. That makes “Vete” not only his third highest placement for a Bad Bunny single ever on the Hot 100, but also the highest placement for him on a solo track. The two other songs that have charted above it historically were with him as a featured artist or co-credited as a duo, first with Cardi B’s “I Like It” and then alongside Drake for “MIA.”

Having first appeared at No. 33 (oddly enough) on Hot Latin Songs last week based on a single day’s worth of availability for the audio and video versions, “Vete” takes No. 1 on the Spanish-language singles chart this week. In doing so, he displaces himself and Oasis cohort J Balvin’s previous chart topper “La Canción,” which dips to No. 2. “Vete” also tops both Latin Digital Song Sales and Latin Streaming Songs, while securing No. 38 and No. 18, respectively, on the all-genre Digital Song Sales and Streaming Songs charts.

Balvin’s “Ritmo” with The Black Eyed Peas has the No. 3 spot on Hot Latin Songs this week, while No. 4 goes to Karol G and Nicki Minaj’s bilingual team-up “Tusa.” In fifth place, Sech’s summertime smash “Otro Trago” enjoys Week 31 on the chart. Anuel AA’s “China,” Bad Bunny’s “Callaíta” and DJ Snake’s “Loco Contigo” slip one spot apiece to No. 6, No. 7 and No. 8. Now 28 weeks in, Jhay Cortez’s “No Me Conoce” holds at No. 9 and Daddy Yankee’s “Que Tire Pa’ ‘Lante” rounds out the top ten.

Just below these on Hot Latin Songs, there are several singles that could very well rise in the next few weeks. Rauw Alejandro and Farruko’s “Fantasias” reaches No. 13 after seven weeks, while Christian Nodal’s “De Los Besos Que Te Di” claims a new peak at No. 15. In just its second qualifying frame, J Balvin’s “Blanco” takes No. 19.

Also worth keeping an eye on this month is Natanael Cano, who has been making a name for himself with his corridos tumbados. Just four weeks since it began charting on Hot Latin Songs, his “Disfruto Lo Malo” makes it to No. 31 while “Soy El Diablo,” which got significantly more play once Bad Bunny featured on its remix.

Only a handful of brand new entrants make their Hot Latin Songs debut this week. Jhay Cortez’s “Easy” remix with Ozuna has the strongest showing of them, coming in at No. 33. Regional Mexican singer-songwriter Lenin Ramírez’s “Yo Ya No Vuelvo Contigo” with Grupo Firme enters at No. 40. The last of these, “Bellaquita” by Dalex and Lenny Tavarez starts out at No. 46.

Beyond ‘Decoupling’: How China Will Reshape Global Trade In 2020