Breaking
How To Get Your Startup Business Off The...
How To Create A COVID Safe Construction Site
How to Make a Good First Impression at...
Biden Was Right. The Hispanic Market Is Incredibly...
Plan To Buy An Electric Car? Is A...
Covid-19 Death Toll In U.S. Passes 200,000
Apple iOS 14 Has 25 Great Secret Features
5 Decisions That Will Increase Your Chances Of...
Coronavirus Is Shaping Up To Be Very Bad...
TikTok: Why Is Everyone In A Tizzy?
Is It Time For A Bank For Women?
As Israel Locks Down, Its Health Tech Sector...
California Increases Homestead Exemption In New Legislation
Buying The Bulge Is Dangerous
5 Strange Things Happening Right Now In The...
The Best Blogging Platforms (In-Depth Review)
How Will The Coronavirus Impact Your Finances?
How Xbox Series X Will Attempt To Avoid...
Virgin Orbit Seeking Over $100 Million As ‘Jaw...
Home Finance Banks Made Billions On PPP Loans. Learn What They’re Doing With The Cash
Finance

Banks Made Billions On PPP Loans. Learn What They’re Doing With The Cash 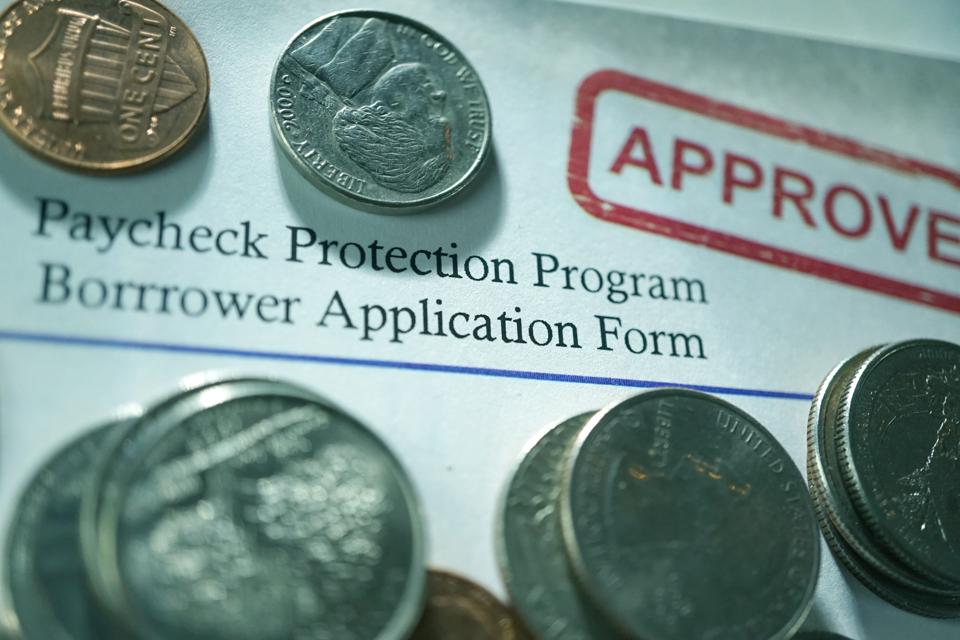 Banks earned billions of dollars in fees from processing over 4.5 million Paycheck Protection Program (PPP) loans worth more than $511 billion in the last several months, with the largest haul going to the country’s biggest banks, according to a new U.S. Small Business Administration (SBA) report.

The financial institutions processing coronavirus rescue loans earn fees on a sliding scale based on the total dollar amount approved. Lenders earn 5% on loans of $350,000 or less, 3% on loans between $350,000 and less than $2 million, and 1% for loans of at least $2 million.  Additionally, banks will earn a 1% interest rate on loans they hold that are not eligible for forgiveness under PPP rules.

But faced with mounting criticism, some banks say they won’t keep any profits. Instead, they will donate what they have earned after factoring in the cost to process the loans.

Here’s where some of the largest U.S. lenders say their loan cuts will go to after accounting for expenses.

The largest bank in the U.S. by asset size, JPMorgan Chase has issued the highest total dollar amount in PPP loans of any bank. Chase’s $28.6 billion in loans would have snagged the banking giant over $800 million in loan processing fees, according to an estimate by S&P Global Market Intelligence. A spokesperson for the bank said the bank won’t realize any gains from the loans.

“We will not make a profit from the program and remain fully committed to supporting underserved communities that have been economically impacted by the pandemic,” a Chase representative told Forbes Advisor. They declined to elaborate.

As the second largest U.S. bank by asset size, Bank of America has processed roughly 335,000 PPP loans worth $25.2 billion. Over 80% of those loans were for businesses with 10 or fewer employees.

The bank has pledged to donate all earnings from PPP loan processing fees—estimated to be $755 million according to an analysis by S&P Global Market Intelligence—to community development financial institutions (CDFIs) to reinvest and support charitable programs, including low- to moderate-income housing and small-business assistance.

“We will use the net proceeds of fees from the Paycheck Protection Program to support small businesses and the communities and nonprofits we serve,” a Bank of America spokesperson said.

Truist has not indicated that it plans to donate any net proceeds from PPP loan processing. In an April earnings call, the bank said it paid out $65 million in coronavirus-related bonuses to employees making under $100,000 a year during the quarter.

In March, Truist launched its Truist Cares Initiative which provides philanthropic funds to help those affected by the COVID-19 crisis. Truist, the third largest lender of PPP funds, is the result of the merger between the former SunTrust and BB&T banks, completed in December 2019.

In a press release, PNC highlighted its commitment to serving low-to-moderate income areas as well as nonprofit organizations when it came to processing PPP loans. According to the release, more than 14,500 of the loans processed by PNC went to borrowers located in low-to-moderate income census tracts, and more than 4,500 of the registered loans were for nonprofit organizations. Additionally, the Pittsburgh-based bank said they earmarked funds to local community development groups.

“PNC has committed more than $45 million to eight community development financial institutions (CDFIs) since March 2020 to support their own origination of PPP loans in potentially underserved geographies and sectors,” according to a May statement by PNC.

Of Wells Fargo’s PPP loans, 84% went to companies with fewer than 10 employees, 60% were for $25,000 or less, and 90% of these applicants had $2 million or less in annual revenue, according to a bank press release.

Wells Fargo has indicated it will allocate nearly $400 million in PPP loan processing fees to help businesses impacted by COVID-19.

“By donating approximately $400 million in processing fees to assist small businesses in need, Wells Fargo’s Open for Business Fund creates opportunities for near-term access to capital and addresses the road ahead to meaningful economic recovery, especially for Black and African American entrepreneurs and other minority-owned businesses,” Wells Fargo CEO Charlie Scharf said in a statement.

Wells Fargo is required to donate its PPP profits or return the money to the U.S. Treasury as part of the provisions allowing the bank to loosen its federally mandated $10 billion asset cap. Prior to COVID-19, the bank had a punitive lending cap imposed as a result of a fake bank account scandal.

TD Bank has not publicly indicated what it plans to do with its PPP loan proceeds. The bank in April announced the formation of the TD Community Resilience Initiative, which TD Bank is funding with an initial $25 million Canadian dollars to go toward community philanthropy projects. TD-bank is a Canadian-based bank.

Citibank was the last of the major banks to start accepting PPP applications, beginning April 9. As such, the bank has not had the same time span or capacity to process the volume of loans its peers handled. Additionally, it is only accepting loan applications from its existing Small Business Clients and data on loans disbursed to date is not publicly available.

The bank released a statement at the end of June that it would use its net proceeds from PPP loans—about $25 million—to fund the expansion of its  COVID-19 U.S. Small Business Relief Program, which was launched in April with a $7.5 million initial allocation.

The program is intended to help CDFIs in assisting smaller businesses and entrepreneurs who may not otherwise be eligible for federal stimulus programs. Citibank said it’s allocating  up to $500,000 per CDFI up to $15 million total to support small businesses owned by people of color and lower-income individuals and communities.

The remaining estimated $10 million in PPP loan revenue is expected to be funneled to the Local Initiatives Support Corp. (LISC) to support the New York Forward Loan Fund, which helps CDFIs provide loans to small businesses, nonprofits and small landlords for working capital.