It’s now tradition: President Barack Obama usually lists his go-to books, films and music at the end of each year. The 2019 list includes books both new and old, by members of his Cabinet as well as a diverse grouping of books about economics, sports, Native American history, and the inclusion of the 2013 Pulitzer Prize of Fiction winner, “The Orphan Master’s Son.”

Obama released this list on Instagram saying, in part, that reading books is good for life balance. “Because while each of us has plenty that keeps us busy…outlets like literature and art can enhance our day-to-day experiences…”

Most of the books were released in 2019 and a handful were older, but the president describes those older prints as “new to me.” He also re-listed all the books he recommended earlier in the year, including Susan Rice’s “Tough Love: My Story of the Things Worth Fighting For”, Isabel Wilkerson’s award-winning “The Warmth of Other Suns: The Epic Story of America’s Great Migration” and Colson Whitehead’s “The Nickel Boys.” 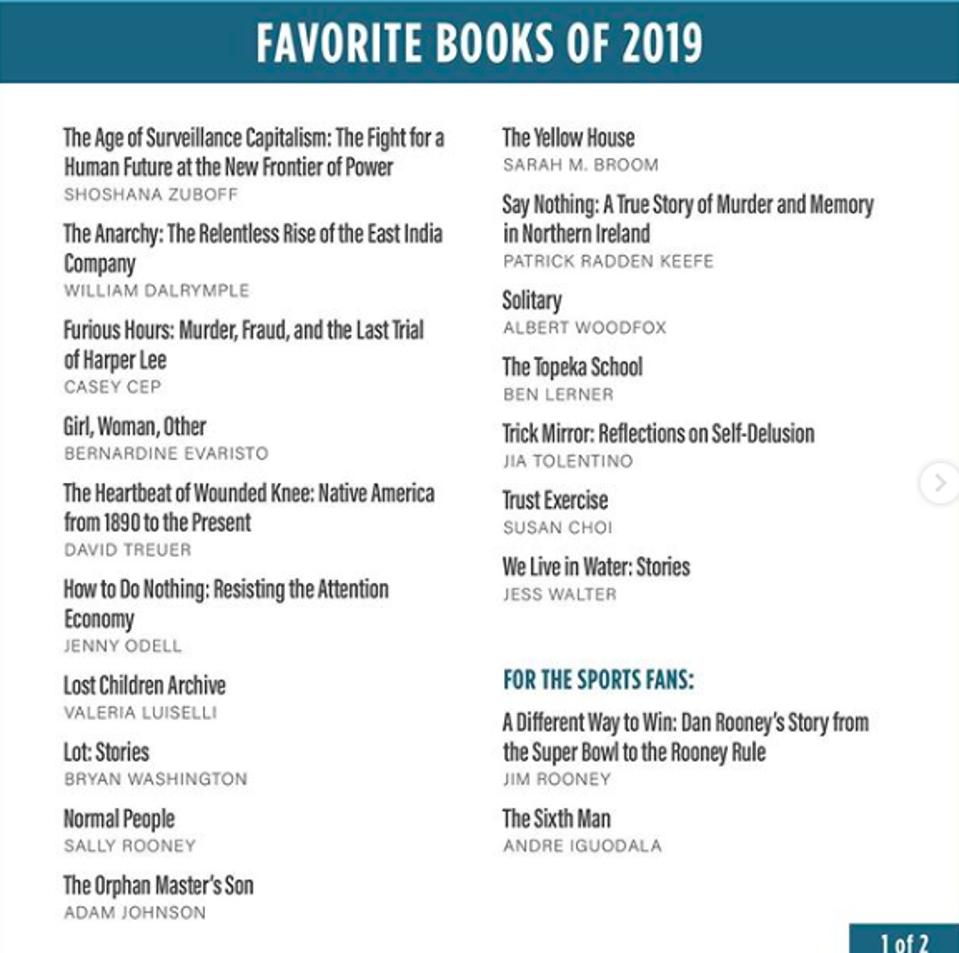 How the New Host of ‘Blue’s Clues’ Joshua...