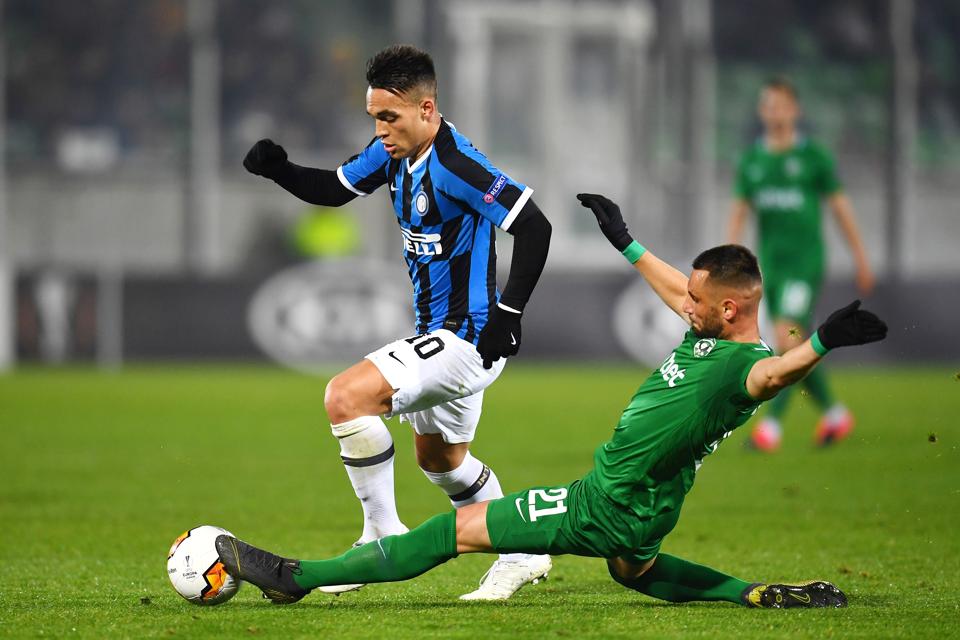 The two giants have been known to battle each other for supremacy in any way they can.

Not just on the pitch, but also, with great frequency, in the transfer market.

Pipping one another to superstars and Galacticos over the years, Barça can always brag that they got to Neymar first in the early 2010s, before the Brazilian then left for PSG once his world record breaking $263mn release clause had been activated in 2017.

Since then, Los Blancos have been better in convincing a string of young compatriots in Vinicius Jr, Rodrygo and Reinier of their sporting project and persuading them that the future lies at the Bernabeu instead of the Camp Nou.

Prevously believed to be a one horse race for the Argentine’s capture led by Barça, it has now been reported that Real Madrid president Florentino Perez plans to give his bitter rivals competition in their quest to land Lautaro Martinez from Inter Milan. 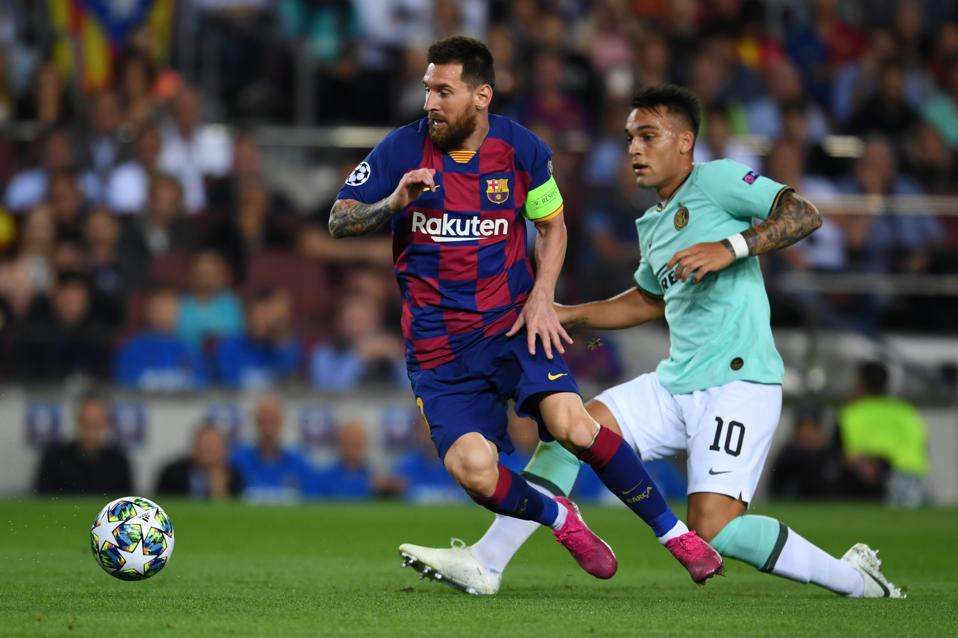 BARCELONA, SPAIN – OCTOBER 02: Lionel Messi of FC Barcelona and Lautaro Martinez of Inter compete … [+] for the ball during the UEFA Champions League group F match between FC Barcelona and Inter at Camp Nou on October 02, 2019 in Barcelona, Spain. (Photo by Etsuo Hara/Getty Images)

Impressing in his October visit to Catalonia, where he scored an early goal for current employers Inter Milan and almost made it 2-0 on the stroke of half time in a Champions League Group F tie, the striker has been top of Barça’s wishlist ever since while international teammate Lionel Messi is clearly a fan.

“He is spectacular,” it was said of the youngster in an exclusive interview with Mundo Deportivo a week ago. “He was seen to [have the potential] to be a great player, and now he exploded and is showing it. He is very strong, he is very good in one-on-ones, scores a lot of goals, and in the area he fights with anyone, he endures, he turns, he looks to do it alone. He has a lot of quality. He is very complete,” Messi complimented.

In that same daily newspaper, Fernando Polo, who sat down with the club captain alongside Cristina Cubero, has today claimed that Real Madrid have thrown their hat into the ring due to the shortcomings of summer recruit Luka Jovic plus the fact that Karim Benzema is now 32 years of age and not a “40-50 goal” a season frontman.

Granted they have Rodrygo and Vinicius able to “unbalance” defences, the teenage pair are thought of as better operating down the wings and not through the centre, with the clear need for an out-and-out goalscorer no more evident than in last night’s stunning home defeat to Manchester City in the Champions League.

Once top of La Liga and able to open up a six point gap on Barcelona, they have dropped five in their last two games to lowly Celta Vigo and Levante while at risk of the Blaugrana opening up a similar points margin through a win in El Clasico on Sunday.

Able to easily meet the $121mn needed to free Martinez from his current contract, it is also believed that the offering of a much more stable environment in the Spanish capital could sway Martinez’s head.

Though guaranteed playing time at Barcelona, where he is viewed as the natural heir to the aging Luis Suarez, FCB have been beset by one crisis after another such as Messi’s public row with sporting director Eric Abidal and the I3 Ventures social media scandal that threatens to end Josep Bartomeu’s presidency prematurely.

In losing Martinez to Madrid, early elections prior to the end of his 2021 mandate may also be called.

5 Ways Loving My Cat Made Me A Better Business Owner

Why The Telephone Is Still The Business Owner’s Best Friend

Adina Reyter Serves Up Happiness With Her Diamond...