Breaking
Customer Service Recovery: Six Keys To Turn Complaints...
How Becoming A Learning Organization Is Key To...
IRS Increases Enforcement On Cryptocurrency: What This Means...
Optimus Prime Finally Gets The Diaclone Update He...
No, There Isn’t A Black Hole At The...
The Fed Could Be Repeating This Key Mistake...
Japanese Lawmaker Becomes Billionaire By Selling E-Signature Services...
Communication Lessons From The Presidential Debate
4 Tips For Attracting Your First ‘Dream Client’...
Want To Generate More Sales This Holiday Season?...
Your ‘Harvest Moon’ Moment Is An Illusion: Why...
Launching A Startup Comes Down To Making A...
Google Meet’s Unlimited Calling Will Continue To Be...
The Need For Speed-Is Quantum Computing A Good...
Stock Market Crash: The End Game Approaches
Best Video Conferencing Software
Home Technology Barcelona’s Moped-Sharing New Licenses To Challenge Leading Companies
Technology 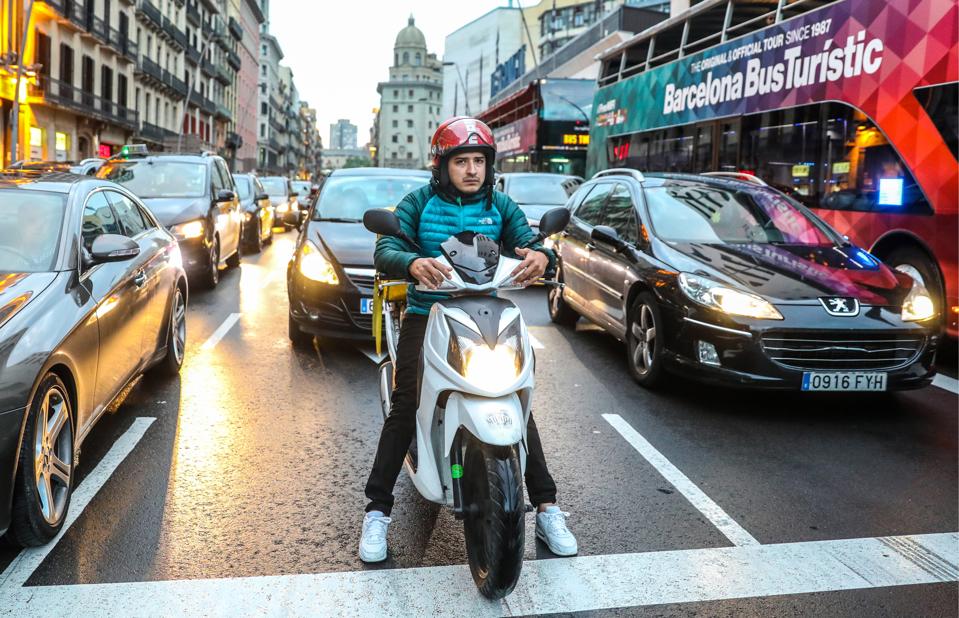 BARCELONA, SPAIN – MAY 5, 2018: A street in Barcelona. Valery Sharifulin/TASS (Photo by Valery … [+] Sharifulin\TASS via Getty Images)

Barcelona’s city council has launched 11,000 bike and moped-sharing licenses for 2020. After months of negotiations, the measure aims at ending the lack of regulation regarding the sharing economy operators circulating in the city.

The objective is to “set out the conditions for the implementation and use of these vehicles to improve compatibility and safety, avoiding the saturation of public space,” the local government said.

The number of licenses is slightly higher than initially expected —a total of 3,975 for bike-sharing and 6,958 for moped-sharing. However, the significant number of authorizations given to companies has raised concerns among the e-moped sector.

21 moto-sharing companies and 10 bicycle-operators have been accepted in the first stage of the tender. The overall number of licenses was divided by the number of successful applicants, meaning each bike-sharing company can only be granted with a maximum of 419 permits while e-moped operators will be limited to 331 licenses each.

“With 300 motorcycles it is not possible to offer a quality service nor is it economically viable,” stated eCooltra’s CEO Oriol Marimón Clos.

The leading mobility platform, that has currently more than 1,500 vehicles operating, is the most affected company. According to eCooltra, 80% of their fleet in Barcelona may lose their job due to the adjustment.

The detractors of the regulation have defended a reduced number of providers subjected to high standards rather than splitting the market among unlimited operators.

Besides, they have stressed the inconveniences for the users, that will have to download several apps to find vehicles available until someone comes up with an app to unify the market’s supply.

This, however, may be a window of opportunity for smaller startups.

The speed at which the sharing sector is growing is becoming a major challenge for cities, that must promote more sustainable mobility to reduce emissions while protecting pedestrians and preserving public space from the new vehicles’ occupation.

According to Unu’s report, the number of moped-sharing worldwide has increased by 164% last year —up to 66,000. Spain is the second country with the highest growth rate with a total of over 13,500 scooters.

“The regulation aims to protect public space and seeks to establish development conditions that prevent the concentration of activity in the most central areas of the city,” stated Barcelona’s city council, which has established some strict rules to bike and moped-sharing holders to ensure a balance in the use of public space.

No more than 50% of the fleet can be concentrated in the city center for a period exceeding two hours and vehicles badly parked must be removed within 24 hours. Other obligations are to include glocalization systems in all bicycles and motorcycles, giving the city council access to data in real-time.

Licenses will be valid for three years and cost €71,5 ($77,5) per vehicle per year. The distribution among different operators is not final yet and the regulation foresees a revision every year to “adjust the number of authorizations to the needs and capacity of the public space.”

A clash between vehicle-sharing and public transport?

Cities like Barcelona and Madrid have recently launched low-emissions zones to meet long-term sustainability goals. Digital apps can contribute to improving urban mobility system together with decent public transport, but their impact on the environment is not always positive, the European Environment Agency (EEA) warns.

The introduction of these vehicles —especially e-scooter sharing schemes— in urban areas “appear to attract users that would have otherwise walked or used public transport,” the EEA’s report says.

The Agency has questioned some of these app-based vehicles’ green credentials due to the “substantial negative impacts associated to their materials, their manufacturing and their frequent collection for recharging purposes.”

In this sense, the EEA is concerned about the extent to which the sharing mobility system is reducing emissions or drawing people away from public transport.

Legal frameworks for vehicle-sharing schemes will need to address this issue to ensure the two are complementary and not substitutes.