Breaking
Looking To Improve Efficiency In Your Business? Here’s...
AI and machine learning for business
How Social Media Changed the World
Shopify: The Pros and Cons
Should your business go green?
Expanding Your Business Into Spain: What You Need...
Essentials For Your Office Coming Out Of COVID-19
What Can Marketers Learn From Digital Cults?
Why NASA’s James Webb Space Telescope Will Never...
Increasing HR Effectivity and Efficiency through Software Solutions
The Difference Between Building A Startup In Bull...
Fluor Corp Ranked Among Today’s Top Shorts
Common Pitfalls to Look Out for When Buying...
Will the Olympics go ahead this year?
Pack Up the Big Top: Insights from MozCon...
Best WordPress Themes for Blogs
Home Finance Barr’s Memo To Release Federal Inmates Fails To Address BOP Policies To Release Them
Finance

The CARES Act has spurred action to address the tragedy of COVID-19 on our health and financial wellbeing. One area where the government has moved slow has been in addressing the crisis facing both corrections officers and inmates in federal prisons across the country. 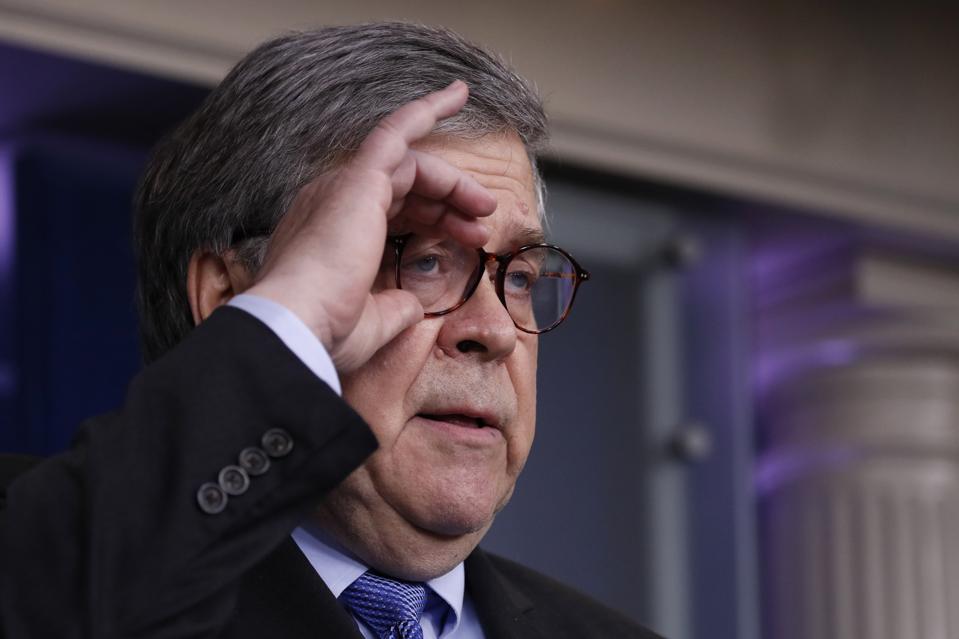 William Barr is giving directives to the BOP, but not practical guidance to overcome the agency’s … [+] own bureaucracy.

While individual states seem to have come up with a way to release thousands of inmates to avoid contagion of the virus in tight prison quarters, the federal government has not seen the same sort of quick, decisive actions. To date, the Federal Bureau of Prisons’ actions have included reducing interactions with the outside world (no legal or social visits, screening of workers coming into prison, reduction of contractors allowed in prison) and now locking inmates down to reduce their interaction with one another. BOP operates 122 facilities across the country. Those actions taken by the agency has not stopped the spread of the virus which has now taken seven (7) inmate lives.

Since the COVID-19 crisis got into full swing, the few people who have been released from federal prison have done so through monumental, and quite inefficient, court decisions. Rapper Tekashi 6ix9ine was released from prison after his attorney filed a motion to U.S. District Judge Paul A. Engelmayer in the Southern District of New York. Another judge in New York, U.S. District Judge Analisa Torres, ordered the release of an inmate held at MDC Brooklyn, the site of the first positive inmate COVID-19. However, there have been no announcement by the BOP of any sort of mass-release of inmates. The reason might be is that it’s a complicated process that would have to be set aside to release anyone.

In AG Barr’s first memo to BOP Director Michael Carvajal on March 26, Barr restricted the BOP establishing a guideline by which the BOP should use in assessing inmates for home confinement. One of those was stating that inmates had to have a  Minimum PATTERN risk score. The Prisoner Assessment Tool Targeting Estimated Risk and Needs (PATTERN), is a risk assessment tool that the BOP implemented as part of the First Step Act signed into law by President Trump in December 2018. The tool is meant to be a predictive tool to assess whether someone is a high, medium, low, or minimum risk for reoffending based on several characteristics, or “risk factors.” The tool was meant to be used as a tool to evaluate who would be eligible for early transfer from prison, either into home confinement, a halfway house, or community supervision. The problem is that the BOP has multiple tools to evaluate whether a person should be eligible for some sort of release that might conflict with Barr’s direction. I asked Jack Donson about this issue and he pointed to the subjective way the BOP interprets some crimes. “’Violence’” Donson said, “Can be mean that someone who had a gun, over 30 years ago, could be ineligible for release under Barr’s memo even though the person could have a clean and admirable prison record.” So determining who might be released because of age and underlying health issues, will be further complicated by an unproven matrix on recidivism.

Provisions in the CARES Act waived the limitation of home confinement duration from ten-percent of the end of an inmates sentence or six months to … what ever … no limit. The reasoning for this was likely to allow the movement of inmates out of harms way quickly. However, the BOP is not meant to respond that quickly and laws/policies prevent them from moving as quickly as people believe.

Based on Barr’s most recent letter, the BOP is going to focus any effort to release inmates in those institutions that have the worst recorded outbreaks. Those include FCI Oakdale (Louisiana) where five inmates have died and FCI Elkton (Ohio) where two inmates have died. Donson said, “It seems like every institution should be considered, not just the ones that are currently ‘hotspots.’” Donson also said that the priorities of staff at those facilities are not about administrative duties but more urgent needs like safety.

The issues are also that some inmates who are eligible for release do not have a place to go to or an address for home confinement that has been verified. “There are a number of people in prison that might be eligible for release, but they don’t have a release plan,” Donson said. Release plans are part of lengthy process that verifies the residence of the person being released. “You can’t just let people walk out the door and have no idea where they are going to go,” Donson said. The referral for home detention usually takes months but could be sped up to take weeks Donson said. However, weeks seem to matter in COVID-19. Two weeks ago there were no cases of the virus in prison and today there are 91 inmates cases and 50 staff cases.

There is also the notification of victims for certain crimes. The Department of Justice’s Victim Notification System (VNS) is a cooperative effort between federal law enforcement agencies and the BOP to provide notification of an offender’s custody status and release. “This is not just for violent crimes,” Donson said, “but white collar crimes like that of Bernie Madoff.” It’s just not known how the agency gets around these laws during events like this.

Then there is just getting people from the prison to wherever they need to go. “Some of these inmates are hundreds or thousands of miles from their home,” Donson said, “How do they get home when airplanes are limited and expensive, buses have cancelled routes and few hotels are open to house them along the way? Even if the they started letting people out, there is a logistic problem to get them home.”

It is complicated and the BOP’s reaction has been one to limit inmate movement in the institution while cutting their communications to the outside world (no legal or social visits). While these moves are understandable, it is going to take bigger thinking and action to help resolve the contagion problem in federal prisons.