Breaking
Looking To Improve Efficiency In Your Business? Here’s...
AI and machine learning for business
How Social Media Changed the World
Shopify: The Pros and Cons
Should your business go green?
Expanding Your Business Into Spain: What You Need...
Essentials For Your Office Coming Out Of COVID-19
What Can Marketers Learn From Digital Cults?
Why NASA’s James Webb Space Telescope Will Never...
Increasing HR Effectivity and Efficiency through Software Solutions
The Difference Between Building A Startup In Bull...
Fluor Corp Ranked Among Today’s Top Shorts
Common Pitfalls to Look Out for When Buying...
Will the Olympics go ahead this year?
Pack Up the Big Top: Insights from MozCon...
Best WordPress Themes for Blogs
Home Business Bayern Plan Summer Transfer Bid For Ajax’s American Star Sergiño Dest
Business 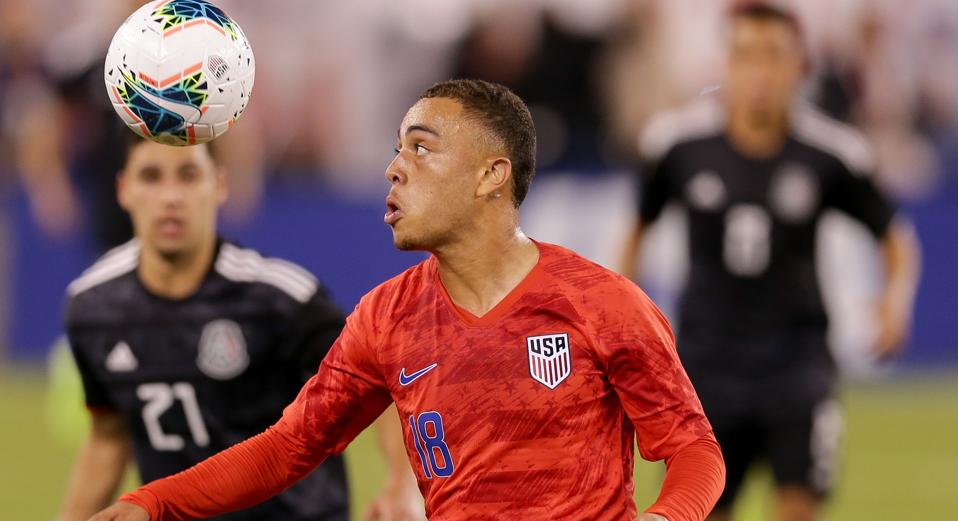 EAST RUTHERFORD, NJ – SEPTEMBER 6: Sergino Dest #18 of the United States moves with the ball during … [+] a game between Mexico and USMNT at MetLife Stadium on September 6, 2019 in East Rutherford, New Jersey. (Photo by John Dorton/ISI Photos/Getty Images).

Bayern Munich will renew their interest in Ajax right-back Sergiño Dest after attempts to sign the 19-year-old during the winter transfer window were rebuffed by Ajax.

Dest has made 16 league appearances for the Eredivisie leaders so far this season after progressing from the club’s youth side, Jong Ajax.

He has also featured in the Champions League, and has six assists and two goals in all competitions this season. These performances have caught the eye of the scouts from numerous clubs across Europe, but Bayern are the only club with serious interest at this moment in time.

The German champions will revive their interest in the summer according to a report in Dutch newspaper, De Telegraaf, which states Ajax would be willing to sell at the right price.

Ajax director of football Marc Overmars values the attacking full-back at €30 million ($33m), with Bayern only offering €20 million ($22m) so far, but are likely to up their bid in the summer. 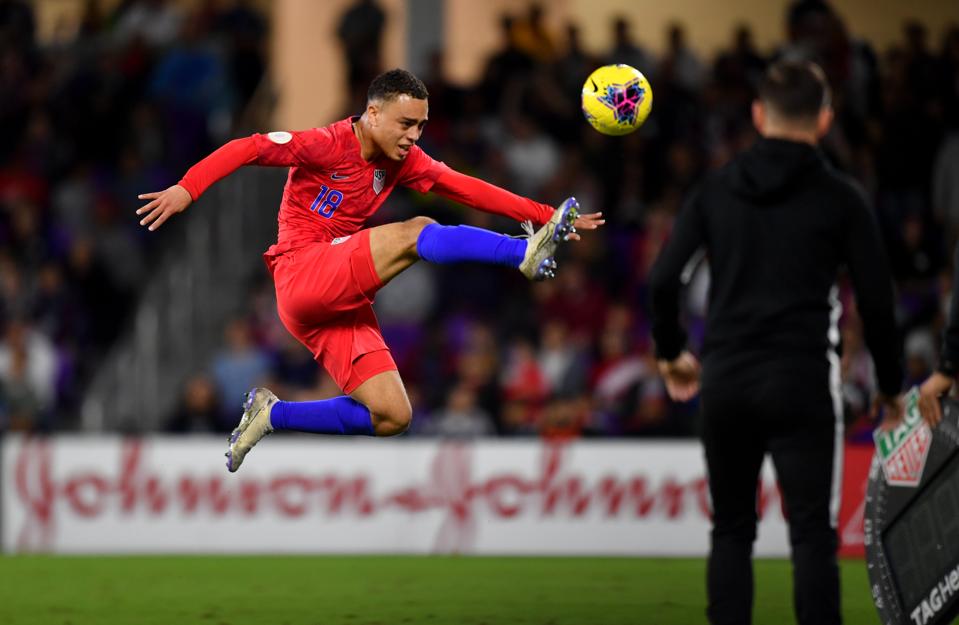 ORLANDO, FL – NOVEMBER 15: Sergino Dest #18 of the United States fly’s through the air after a loose … [+] ball during a game between Canada and USMNT at Exploria Stadium on November 15, 2019 in Orlando, Florida. (Photo by Roy Miller/ISI Photos/Getty Images)

Dest was born in the Netherlands in the city of Almere, but is eligible to play for the United States through his Surinamese-American father. He represented the U.S. youth sides from U17 level, and was included in their squads for the 2017 U17 World Cup in India, and the U20 World Cup in Poland last summer.

He has since pledged his future to the United States Men’s National Team (USMNT) at senior level.

After making his debut in a friendly against Mexico in September 2019, it was the competitive match in the Concacaf Nations League against Canada in November of that year which saw the United States secure his services ahead of the Netherlands.

“I am happy to announce that I have decided to keep playing for the U.S. Men’s National Team,” Dest said in a statement prior to his call-up to the squad for games against Canada and Cuba.

“Of course, it was a tough decision for me when the Dutch Men’s National Team showed their interest, but I have built up a very good feeling with Team USA over the last couple of years and I strongly believe in the plans and potential of U.S. Soccer.

“I am therefore dedicated to making the next 10-15 years a big success and will do my utmost to help the team play for titles.”

Given his performances for club and country, and the type of full-back he is—one who fits perfectly into modern tactical systems, especially those which favour attacking full-backs—he is likely to be a permanent fixture in the USMNT for years to come.

His ability to play on either side of the back four is a bonus, but the emergence of Canadian teenager Alphonso Davies at left-back for Bayern means Dest will likely be used in a similar role on the right, should he sign for the Munich club.

Dest recently signed a new contract with Ajax which runs until 2022, but this will only serve to help ensure Ajax get a good price for their player.

The Telegraaf report also states that Dest is open to a move to the Bundesliga, and the full-back’s representatives are beginning to work on a deal with Bayern, to be put into action once Ajax accept a bid.