Home Technology Be Careful What You Call The Coronavirus
Technology 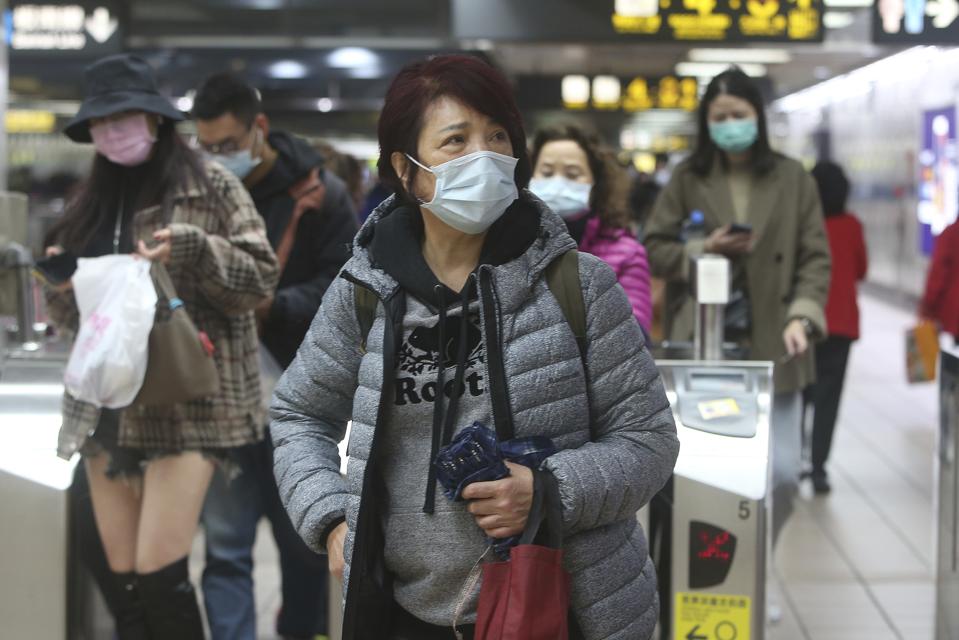 People wear masks at a metro station in Taipei, Taiwan, Tuesday, Jan. 28, 2020. According to the … [+] Taiwan Centers of Disease Control (CDC) Tuesday, the eighth case diagnosed with the 2019 novel coronavirus (2019-nCoV) has been confirmed in Taiwan. (AP Photo/Chiang Ying-ying)

The coronavirus outbreak that began in Wuhan, China has sickened at least 7,800 people in at least 18 countries around the world – but we shouldn’t name it after Wuhan.

The World Health Organization’s formal name, 2019-nCov (short for 2019 novel coronavirus), doesn’t exactly roll trippingly off the tongue. So far, most people and media outlets are just calling it “coronavirus,” and it’s not hard to figure out from context that the word refers to the new coronavirus that’s currently causing an epidemic, rather than the coronaviruses that cause SARS (Sudden Acute Respiratory Syndrome), MERS (Middle East Respiratory Syndrome), or other illnesses. In case it’s still tempting to give the coronavirus a catchier, more memorable nickname – like a reference to Wuhan, the Chinese city where the outbreak began – here’s why you shouldn’t.

A Disease By Any Other Name

“This may seem like a trivial issue to some, but disease names really do matter to the people who are directly affected,” said Keiji Fukuda, Assistant Director-General for Health Security at WHO, in a 2015 statement announcing new WHO guidelines for naming new diseases.

Since 2015, the World Health Organization has urged media outlets, doctors, and everyone else to avoid naming new diseases after people, places, or animals. Put yourself in the shoes of a Japanese family named Noro every time a norovirus outbreak makes headlines, or a chicken farmer dodging dirty looks during a “bird flu” epidemic. Imagine living near the Ebola River in the Democratic Republic of Congo in 2014, or being from Spain in 1919 with the world still reeling from “Spanish Flu.”

It’s almost certainly too late to rename Ebola, Lassa, Marburg, Middle East Respiratory Syndrome, or Norovirus. Once a common name for a disease sticks, it’s hard to change people’s habits – which is why it’s so important to get things right with the 2019 novel coronavirus from the outset. Wuhan, and the rest of the world, will recover from the epidemic, but the stigma and its impacts could last far longer.

What’s In A Name?

Scientific names have a particular purpose: identifying a pathogen or disease to scientists and doctors.  The scientific name for a disease needs to be as precise as possible, and it can get away with being unwieldy and technical. From that standpoint, “2019-nCov acute respiratory disease” is a perfect name for (you guessed it) the specific kind of sudden respiratory illness which is caused by the new coronavirus that first turned up in 2019.

Eventually, the International Classification of Diseases will settle on a permanent name for the disease, while the International Committee on Taxonomy of Viruses will vote on a name for the virus that causes it (that will probably happen once we have more information about the virus itself and how it fits into the wider “family tree” of other viruses, which will happen as researchers sequence more novel coronavirus genome samples and compare them to the genomes of other coronaviruses, like the ones that cause SARS and MERS.

But common names have a role to play. Most of the best ways to fight an epidemic involve changing people’s behavior, and that requires actually getting people’s attention. “2019-nCov” might sound like an unlikely candidate to become a household name, but so far the coronavirus’s lack of branding doesn’t seem to be impeding public awareness of the outbreak.

‘Fortnite’ Where To Search The Hidden Gnome Found...