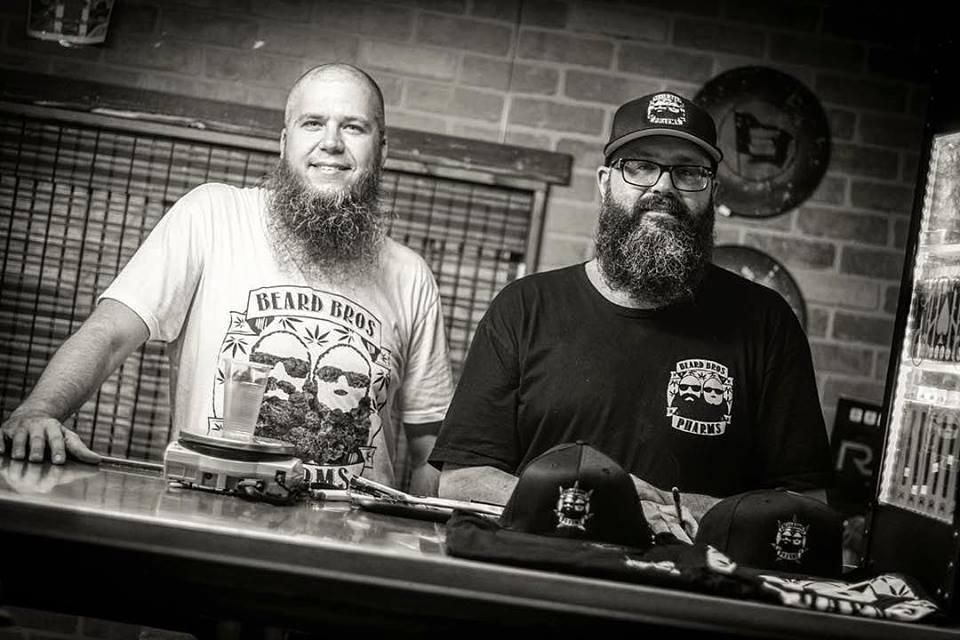 Warren Bobrow-WB: Please tell me about your company? What brought you to the cannabis business? What did you do originally?

Beard Bros=BB: Beard Bros Pharms was officially formed as a brand in early 2013 after the failed passage of Prop 19 in California. At that time, we realized if you weren’t building a reputable brand, you would either fade into obscurity or end up an employee for someone else’s company.

To get one thing out of the way first we are actual brothers, with Bill being six years older than Jeff. We grew up in Pennsylvania and Florida until early 2010 when we moved to Colorado. We both realized early on that cannabis was the safest way to medicate and relax with the only downside being the illegality of the plant and the stigma towards its daily consumers. We also recognized that a real shift was happening in the more progressive Western states, and it seemed like finally we could take a lifetime of passion for growing and actually build careers and a company from it while helping a lot of people along the way. 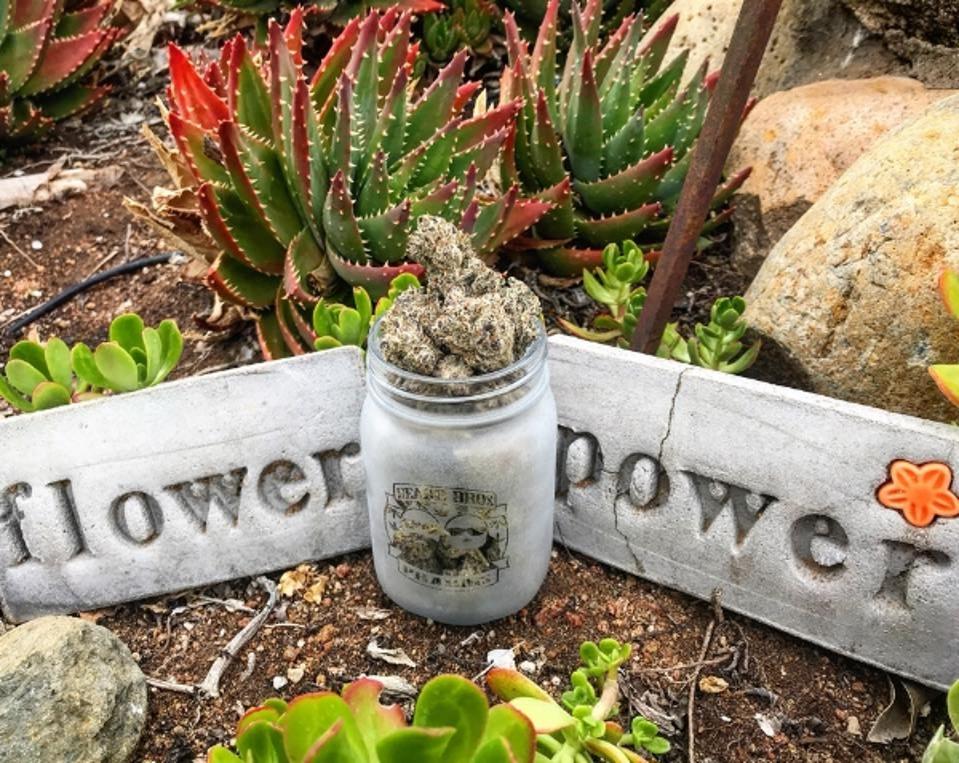 Bill’s horticultural background goes all the way back to working in flower greenhouses in New Jersey as a teenager. He parlayed that into a landscape company and contract management of atriums and indoor plants in malls and hotels years later in Florida.

Meanwhile, Jeff went the college route with a business degree from the University of Florida, then spent two years traveling the world working for the official scoring company of the LPGA golf tour.

After those ventures, the Bros re-joined forces to create and run Foam Plus, an architectural foam company in Florida that made external building accessories for residential and commercial buildings. The downturn in the housing market caused us to make a major pivot and move to Colorado to pursue our dreams. Our timing was less than ideal, as Colorado closed their system to independent cultivators in early 2011. Forced to pivot again, we made the decision to set up shop in the mecca of cannabis culture, Los Angeles. 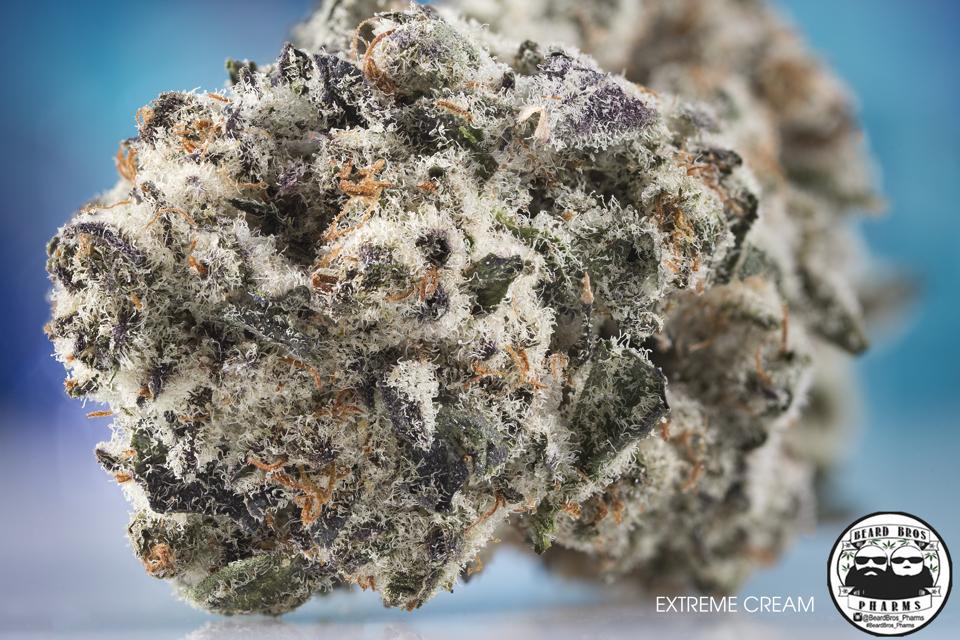 WB: Do you have a mentor? Did you always want to do what you do today? Who inspired you?

BB: As mentioned, our journey to the regulated California cannabis market is decades-long and quite literally spans from coast to coast. So, yes, our main motivation with every move (both geographical and strategic) has been to legally grow and sell cannabis and we are continually expanding on that achievement. However, no, we didn’t think that this was how legal weed would eventually look. Mama didn’t raise any quitters, though! We remain confident that a large enough niche can be carved into any regulated cannabis market to give shelter and provide opportunity to the grassroots brands who have remained focused on putting out craft batches of high grade weed and weed products. 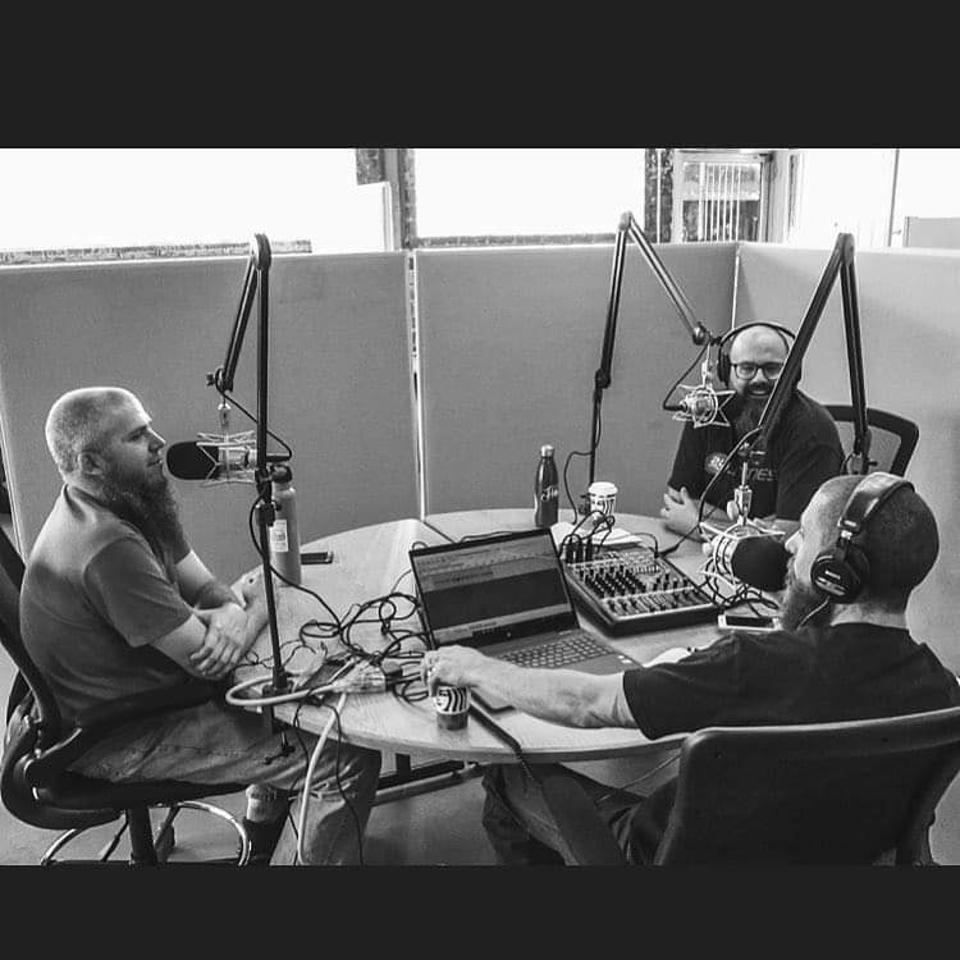 We also could not have imagined how robustly our media department has blown up in the past two years. We have always been intrigued by cannabis news and quickly honed a pretty good radar for what was useful versus what was just fluff. So we started sharing mainstream articles that spoke to us with our online audience and things grew from there.

We hired a media director in April of 2018 who could not only see the big picture with Beard Bros., but actually help us bring it to life. The three of us consult daily on industry updates and cultural happenings and our hive mind is generally in agreement on the major issues of the day.

We would all point to the late Micky Martin as the closest thing we’ve had to a mentor. From culture to industry, grassroots to corporate giants, Mickey pulled no punches. At his own website he prophesied many of the same traps that regulation has laid for legacy operators and his social media rants were the stuff of legends.

When we learned of Mickey, we knew we had to meet him, so we just lit him up in DMs online until he agreed to see us. We drove to the Bay Area to his office and left that same day as his newest sales reps for his COMPASSION brand of edibles.

The relationship that bloomed from that day forth was as deep as it gets. Watching Mickey help pot prisoners and their families with his Parents 4 Pot foundation… Hell, watching him help everyone who needed it is absolutely at the root of our own compassion efforts over the years. We miss him every day, talk about him all the time, and strive to sharpen our journalistic blade against his every time we report on this plant. Ed Note: That’s how I found you, gentlemen. Through your journalistic pursuits. Deep dives into cannabis from an insider, not an armchair weed journalist. You have many demanding readers who come to you for the real thing, not watered down information. 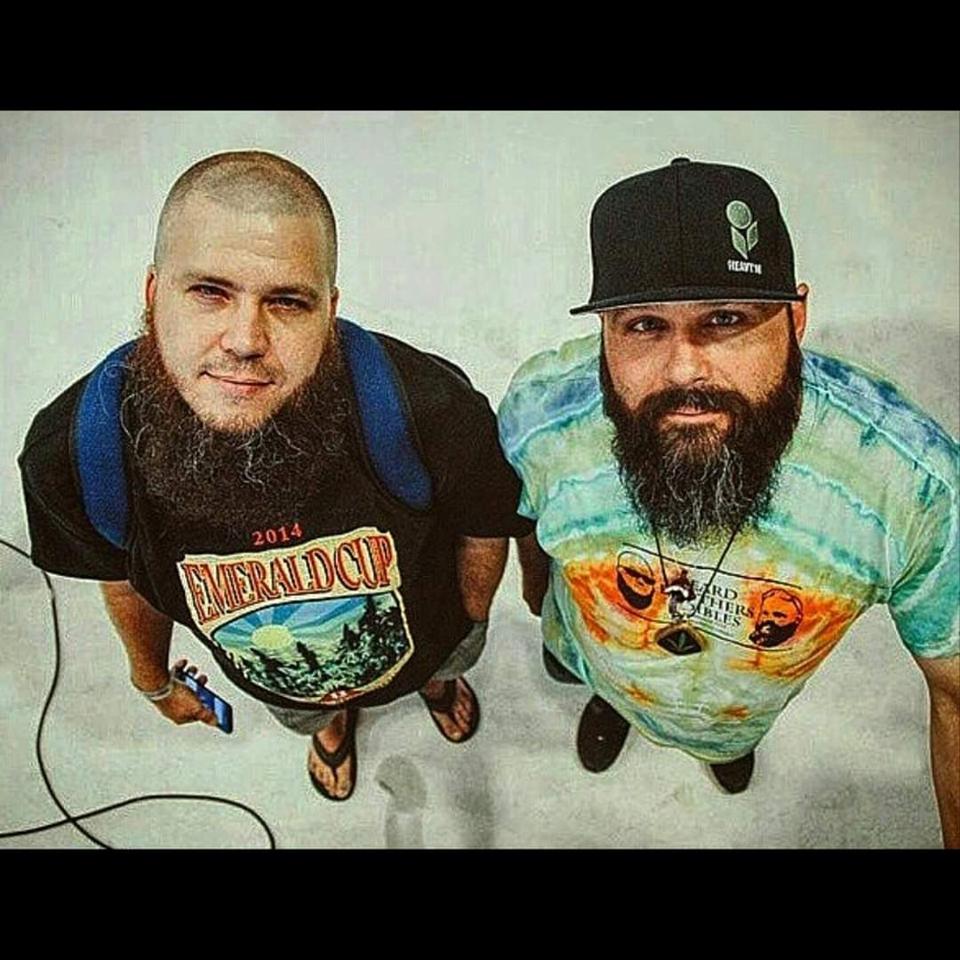 WB: What are your goals in business? Six and twelve-month? What about the obstacles that you face? What about stigmas?

BB: Our goal with establishing Beard Bros Pharms is to create a company that will grow into an internationally known brand in cannabis and beyond, with us being known equally for our top quality products and our desire to use our position to educate and inspire the masses and continue to free the plant.

While the road to get to this point has been a long and bumpy one to say the least, we are on the verge of entering back into the Cali legal market with premium flowers and other products cultivated directly by us. As most legal growers in Los Angeles had to do, we shut down our cultivation facility in 2018 per the change in regulations and have had to search outside the county for another opportunity to cultivate.

Within 6 months you should see strains like our flagship pheno of Extreme Cream making their way onto the shelves with that familiar BB logo that you know guarantees clean, quality flower along with a memorable smoking experience you want to experience over and over.

With several other cultivation projects and ventures with strategic partners currently in the works, you can expect to see a lot more of Beard Bros Pharms in public and on the shelves in the coming year. We have some exciting things in the works for Beard Bros Media as well, including expanding our roster of contributors and our digital footprint to include more reviews, events, and video content via different platforms. 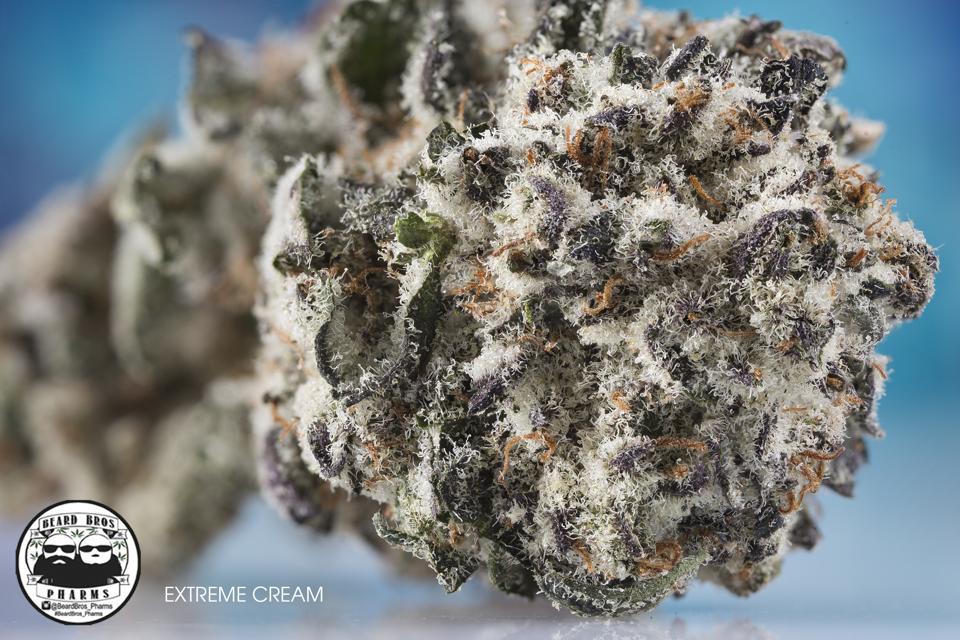 WB: Do you have a favorite food memory? What does your favorite meal look like? Made by whom? (Living or not)

BB: Since Bill and Jeff have vastly different palettes, it took us awhile to answer this. We could only agree on a favorite food memory from the original source, Mom.

Our mom Judy has a whole host of dishes that we crave and request whenever we visit them, but if there’s one that stands out it is her chicken and rice casserole. No matter how many times we have tried to make it ourselves, it never quite comes out the same.

If we were to take that out to an ideal full meal, pair it with some mashed potatoes and fresh sweet corn, wash it down with some Southern sweet (iced) tea, and finish it off with a rather large piece of peach cobbler. All homemade, and unable to be duplicated. I guess the Beards don’t fall far from the tree in that regard either, just ask their supporters.

WB: What is your passion?

BB: Our passion is free cannabis. Do we mean it should never cost money? Well, it even costs money to grow your own so that’s not what we mean.

Free cannabis means a day when our nation’s military veterans finally feel free to discuss the plant as a potential treatment option with their VA doctor.

Free cannabis means that anyone, even a cop or a federal agent, could turn to cannabis instead of to opioids without any fear losing their job, their home, or their children.

And, of course, free cannabis means nobody else goes to jail or prison for this plant – ever – and every cannabis prisoner – like Craig Cesal currently serving a life sentence on a cannabis-related non-violent first offense – is granted their long overdue, unrestricted freedom.

Yes, we provide cannabis grown with passion as well but all of the above is what motivates us to fight for this plant and its culture.

Growing some of the finest craft cannabis in Southern California, brothers Bill and Jeff of Beard Bros. Pharms have also earned a reputation as outspoken advocates of the cannabis plant, and all of the benefits that it offers. Staunch supporters of organizations like Parents4Pot.org, Veterans Cannabis Coalition, and Veterans Walk & Talk, Beard Bros. Pharms recognizes their role in the cannabis community and uses their platform as often as possible to help those less fortunate.

Originally hailing from Florida & Pennsylvania, their outreach and influence on the cannabis culture quite literally spans across the country and beyond. With the recent launch of their own culture-based website at www.beardbrospharms.com, the Bros have begun curating their own original news content, upcoming cannabis related events, and more.

Beard Bros. Pharms refuses to allow their dedication to genuine compassion to be stifled by the corporatization of the cannabis movement. With devoted support for veterans rights, patient’s rights, prisoner’s rights, and all of our rights over our own sovereignty as adults, Beard Bros. Pharms continues to harvest not only some of the best cannabis you’ll ever see but some of the best stories as well.

As America Struggles For Oxygen, A New Bill Offers A Pandemic Solution

What You Can Do Now To Maximize Paycheck Protection Loan Forgiveness

It’s Time For An Internet-For-All Public Utility (Before...