Breaking
Think Small: Timely Picks To Capture The Reawakening...
Patient Gets Covid-19 Swab Lodged In Her Lung...
Nine Signs You’re Not Being Effective During Your...
Chromebooks Can Now Run Windows 10 – Find...
Will Biden’s Tax/Benefit Plans Help/Hurt You And The...
This Fashion Brand Turned A Stripe Into A...
Shots In The Dark: Why Access To A...
What Building Wealth Really Takes In Business
Building A Circular Economy In New York City...
How To Cast Your Vote Against Election Scams
New Science On Stress: Feeling Your Feelings Works...
Why Now Is The Right Time To Acquire...
7 Obstacles That Prevent People From Starting Businesses...
Booking Holdings Falls; Likely To Remain A Risky...
Apple iPhone Crushes Samsung Galaxy In Important New...
Shape And Hold: How A British Entrepreneur Took...
Home Finance Beautiful New Galaxy Phones Garner Buzz, Not Business
Finance

The first folding glass display on a smartphone is a reality.

But if history is any indication, none of these special features will make a lick of difference. 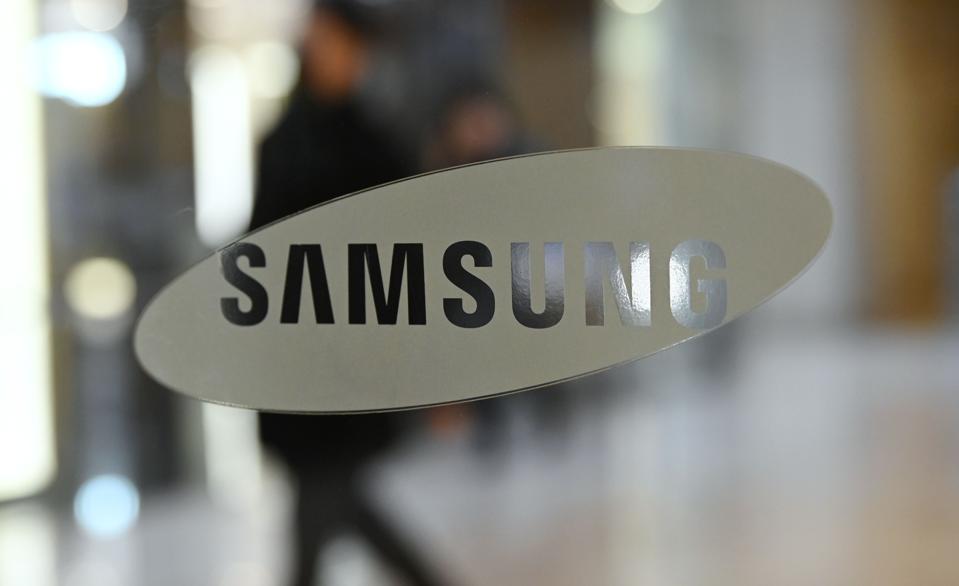 The logo of Samsung Electronics is seen on a glass door at a company showroom in Seoul on January … [+] 30, 2020. – The world’s biggest smartphone maker, Samsung Electronics, reported a slump in fourth-quarter net profits on January 30, blaming weakening demand in key products and falling chip prices. (Photo by Jung Yeon-je / AFP) (Photo by JUNG YEON-JE/AFP via Getty Images)

Consumers have been spoiled by smartphones. They reached “good enough” years ago. Today, almost every device has a great camera, an excellent screen and enough processing power to reliably run Facebook (FB), YouTube, Netflix (NFLX) and the odd mobile game. Other than posting photos online, that’s really the only requirement for modern smart devices. The rest is overkill.

Thankfully, that has not stopped the major players from trying to outdo each other. Every year, flagship and average devices get better and better. They have more beautiful screens, larger batteries that charge faster and yes, way too many cameras.

The Galaxy Z’s big innovation is its 6.7-inch folding, ultra-thin glass display. Folding and glass are two words that should not be in the same sentence, but that’s where the display industry is headed.

Only a week ago, Motorola, a company now owned by China’s Lenovo, began selling its retro Moto Razr. The new folding device is a doppelganger for the Moto flip phones circa 2006.

The difference is the opened clamshell now reveals a 6.2-inch plastic OLED screen. Somebody forgot to tell Lenovo product managers the original Razr went out of style along with poking friends on Facebook and low-rise jeans when it fell victim to the first iPhone a year later.

The same is likely to happen again.

The Galaxy 20s feature 6.2 inch and 6.7-inch full Quad HD dynamic AMOLED displays. The Galaxy Ultra gets the same treatment but in a larger 6.9-inch form. While the traditional smartphones do not fold, they all have 120Hz refresh rates, a feature that makes moving images and the touch interface, look and feel silky smooth. Early reviewers said the panels were shockingly good. 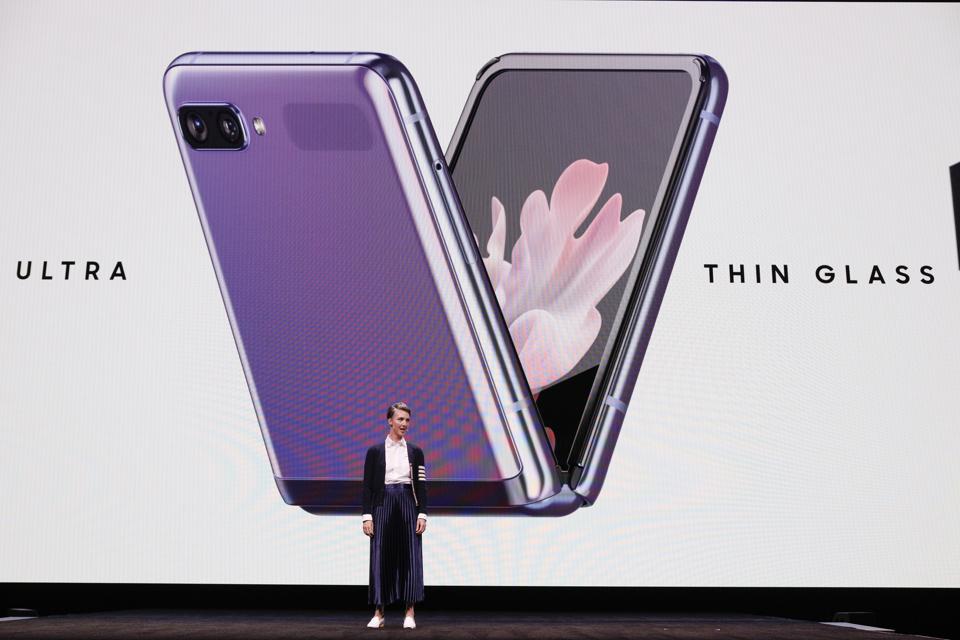 The new devices also have so much state-of-the art onboard DRAM they can store up to five applications, including games, in memory.

This helps with the new camera flourishes. Single Take is a new software feature that uses artificial intelligence running on the device to automatically pick the right camera for the shot.

All things in, the devices represent a big leap forward for the South Korean tech company. The problem is the smartphone wars, for lack of a better word, were over long ago. With many consumers fully entrenched, and smartphone penetration near 3 billion, there are no new customers to be had.

Canalys, a leading researcher for mobile devices, reported October 2019 it only grew 1% to 352 million units during the third quarter. That modest growth was the first uptick in two years.

Google, for example, makes the best software with amazing computational photography and a fully integrated digital assistant that can screen calls, translate on the fly and even act as a personal valet.

Listening to it make restaurant reservations is mind-blowing. Unfortunately, the hardware is lackluster at best. Poor battery life and an oh-so-2015 design add on to its detriments.

The Chinese conglomerate Huawei makes amazing hardware with vibrant screens and massive batteries. But due to the U.S. Commerce Department blacklisting, getting key Google services like the app store, Maps and YouTube is now hit and mostly miss. That makes Huawei smartphones a nonstarter for most in the United States.

For some reason, Sony decided to make their smartphones tall and narrow. LG devices are good, but they’re often priced like a Samsung. At that cost, it’s almost more sensible to get a Galaxy. And the budget phones are locked within their own ecosystem of watered-down specifications and materials.

It would seem Samsung is still leading the pack. Every year, Samsung uses its considerable scale in OLED panels, semiconductor and storage innovation to produce stunning smartphones. The collection this year is spectacular.

And yet, ultimately, it will do nothing to move the dial on market shares. Neither will it shake the foundations of the industry in a significant way. So, while folding glass is cool, and something to talk about for technology writes, you shouldn’t look for it to materially change the bigger trends.

Smartphones will probably be semiconductors and sensors sandwiched between two pieces of glass for the foreseeable future.

Sadly, for Samsung, its market share is likely to look eerily the same, too.