Breaking
Best Incentive To Get Vaccinated: Money, Messaging, Or...
Page Level Query Analysis at Scale with Google...
How A CIO Can Align IT With Business...
Blogger of the Month: Jo, Girl Eats World
6 Things Women In Business Know That Men...
How to Use First-Party Data for Ad Personalization
Pressing Reset—Putting A Fallen Unicorn Back On Its...
How We Went Viral: Promoting Content with Influencers,...
Blame Olympic Record Price Tag For Return To...
Apple iOS 14.5 Release: Should You Upgrade?
Why Gaming Gear Company Razer Launched A $50...
Technical SEO Implementations to Increase the Impact of...
30 Brilliant Ways to Market Your Eco-Friendly Shopify...
15 Tech Industry Leaders Share Overused (And Misused)...
How to Use Amazon Posts to Promote Your...
U.S. House Passes Bill To Create First Crypto...
Home Finance Begun, The State And Local Pension Bailout Requests Have
Finance

Begun, The State And Local Pension Bailout Requests Have 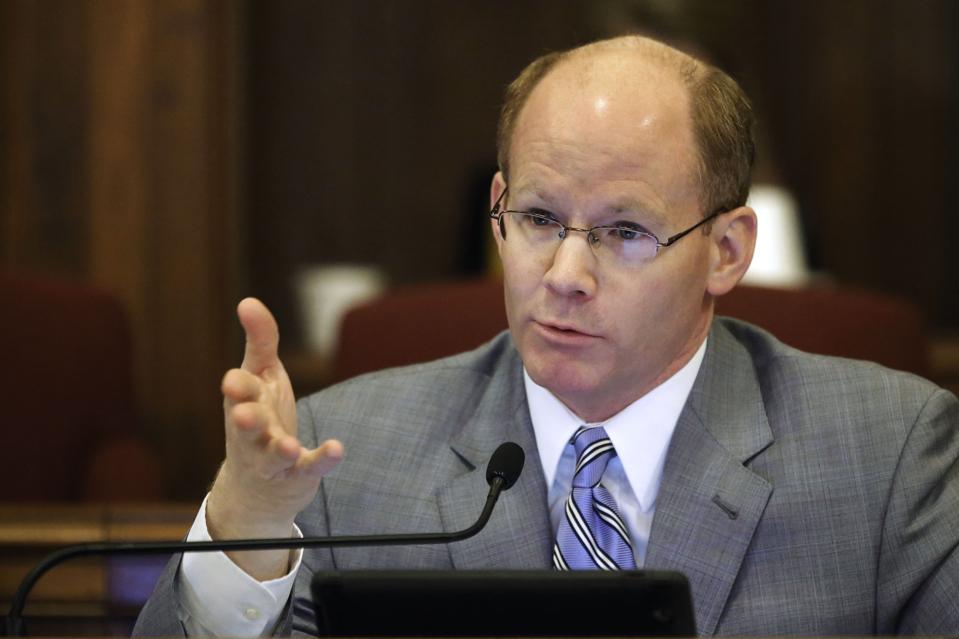 It would seem, readers, that I am lacking in imagination.

After all, I had sitting in draft form, some thoughts on public pension bailouts. Essentially, they went like this:

“Will states and localities with severely underfunded pensions start to call for federal bailouts due to the pandemic? No – or not directly. Instead, we’ll likely see disputes over the form that federal aid to states should take — should money be doled out purely in proportion to population? In proportion to the impact COVID-19 has had on their economies (would benefit states more when they clamp down tighter)? In proportion to their pre-COVID-19 spending (would benefit states which were already bigger spenders)? Sufficient to cover new budget holes (would create moral hazards by encouraging irresponsible spending)?

“Insofar as states such as Illinois are already spending more than they otherwise would, merely to cover their underfunded pensions, allocation of federal money in ways other than on a per capita basis would be an indirect form of bailout. After all, regular readers will recall that Illinois spends 25% of its revenue on pension contributions and to pay off pension obligation bonds. But a bailout of pension funds directly simply wouldn’t make sense, states with well-funded pension plans wouldn’t stand for it, and surely states with poorly-funded plans wouldn’t have the chutzpah to ask for it.”

But, again, I did not foresee what actually did happen.

As reported at the research group Wirepoints just today, Illinois Senate President Don Harmon (D-Chicago) has sent a letter to all members of the Illinois Congressional Delegation, seeking $41.6 billion in federal money for the state of Illinois, and among their requests are cash specifically for state and city pension funds.

The letter has a number of asks including:

But in addition to these asks, the letter seeks $10 billion specifically for its pension funds:

“$10 billion in pension relief, directly for the state’s retirement systems: Illinois largest liabilities are its unfunded pension liability at $138 billion and other post-employment benefits liability at $54 billion. Illinois law has put the state on a path to fund the pension liability in a manner that is actuarially sound [note: that’s not actually correct in the first place], and the state has been following the payment plan set out in that law. In a normal year the size of those payments crowds out funding for services and programs. Clearly this will not be a normal year and that crowding out effect will be exacerbated by significant revenue losses. I would ask that the federal government: 1. Provide direct cash assistance to the pension systems; or 2. Offer a low interest federal loan to aid Illinois in our efforts to restore and maintain retirement security for public sector workers, many of which are on the frontlines of this pandemic battle.”

In addition, the letter asks for $9.6 billion in direct aid to municipalities, to be allocated on a per capita basis. What’s the money for?

“Municipalities are doing their part by enforcing stay-at-home orders and providing other needed services, but they anticipate unbearable revenue losses as a result of the crisis. Those losses will dramatically impact municipalities’ abilities to fund retirement systems for the police, firefighters and other first responders providing emergency services during this COVID-19 outbreak.”

And this is just Illinois. Will other states with poorly funded pensions follow suit?